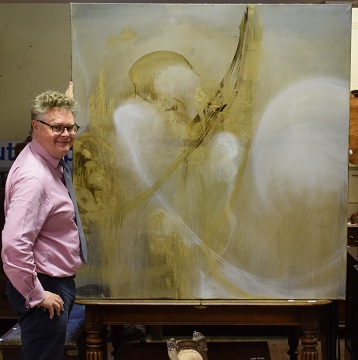 A large example of modern art by the Dorset based painter Fernando Velazquez is to go under the hammer in a county saleroom next month.

Charterhouse Auctions will sell the painting, entitled Sodalis in its two-day auction on October 18 and 19. 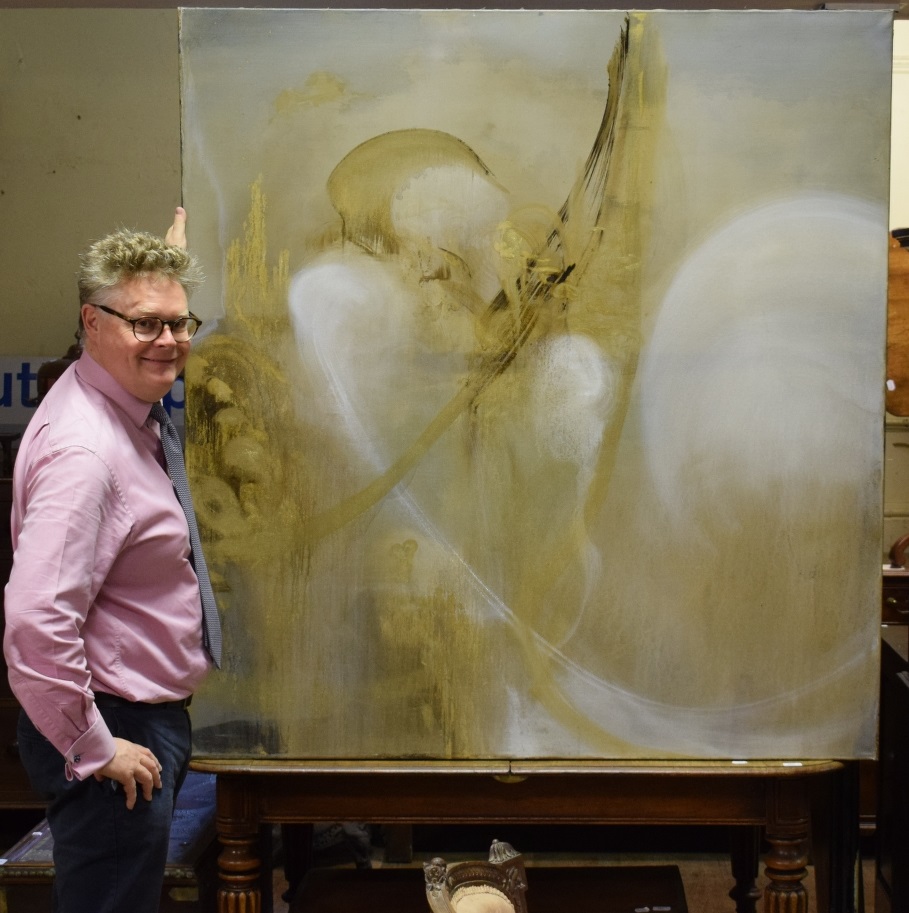 Auctioneer Richard Bromell said, “As auctioneers, we sell a broad range of items from ancient Greek coins through to modern art such as this beautiful painting. We have had the pleasure of selling several works by Fernando over the past few years and they always generate interest from private collectors.”

Fernando Velazquez was brought up in a small village outside Seville. He moved to London in 1996 and spent several years working from a studio in Hackney. Over the decades he has exhibited at numerous galleries and exhibitions in Venice, Berlin, Madrid, Barcelona, New York, Los Angeles, Jersey, London, Bath and Bristol.

The painting comes to Charterhouse from a Dorset Manor house where modern art was mixed in with traditional furnishings. A move abroad for the owner and a lack of wall space has resulted in the painting coming to auction.