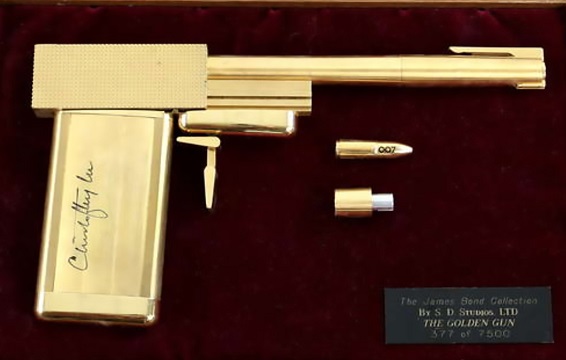 A signed replica golden gun from the James Bond 1974 classic, The Man With The Golden Gun, could shoot up to £10,000, according to an estimate from a Surrey auction house. 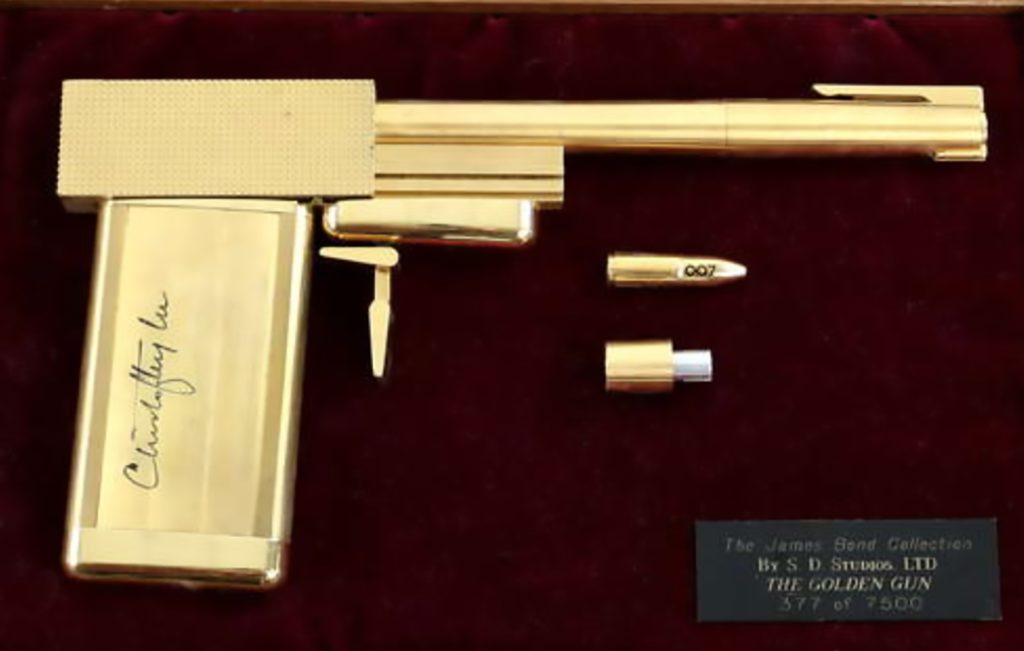 Ewbank’s Auctions is to sell the item in its sale Bond & Beyond, which will feature collectables that range from film set clothing to rare toys and posters, all associated with Ian Fleming’s celebrated spy. Also included will be pieces from other like-minded series, such as The Man from Uncle, The Saint and The Avengers. 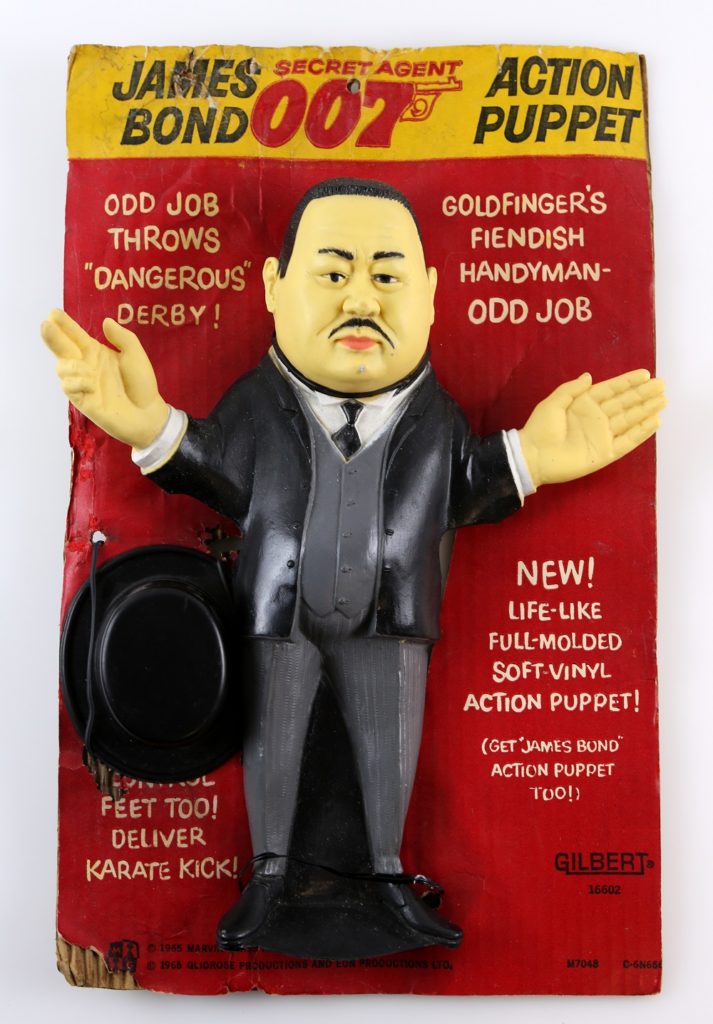 Bond fans will recognise the golden gun as the trademark weapon of the villainous hitman Francisco Scaramanga, portrayed by Christopher Lee in the film. The gun is disguised as a separate cigarette case, lighter, pen and cufflink that are combined to make the firearm.

Ewbank’s will offer this rare limited edition replica of the gun, autographed by Christopher Lee himself, in the sale on February 7. Complete with replica bullet engraved 007, it comes with a letter of authenticity from the signing with Christopher Lee.

Ewbanks’s specialist Alastair McCrea, who devised the sale concept, said: “We have sold countless film props, costumes, posters and other ephemera linked to the movie world over the years and it has been noticeable how popular the spy franchises are, so we thought why not create our own franchise in offering these types of collectables.

“It’s been amazing to see what consignors have brought in. Apart from the golden gun, we have had a wide range of really rare toys and posters inspired by Bond and others that go back half a century, including, for instance, Oddjob action puppets from Goldfinger, still in their original packaging and dating to 1965.”