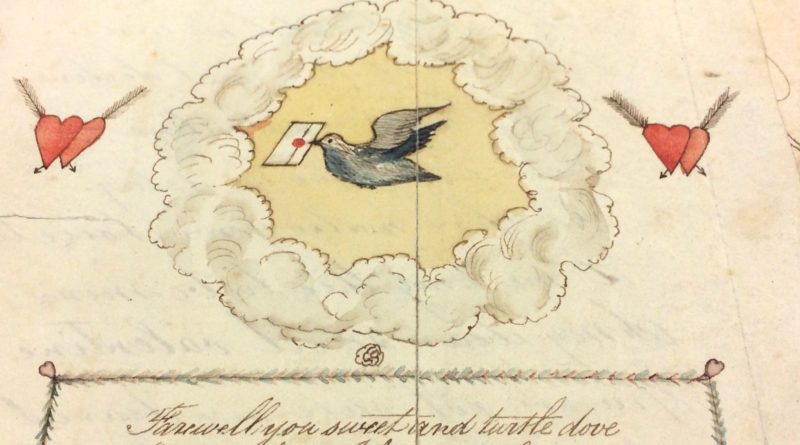 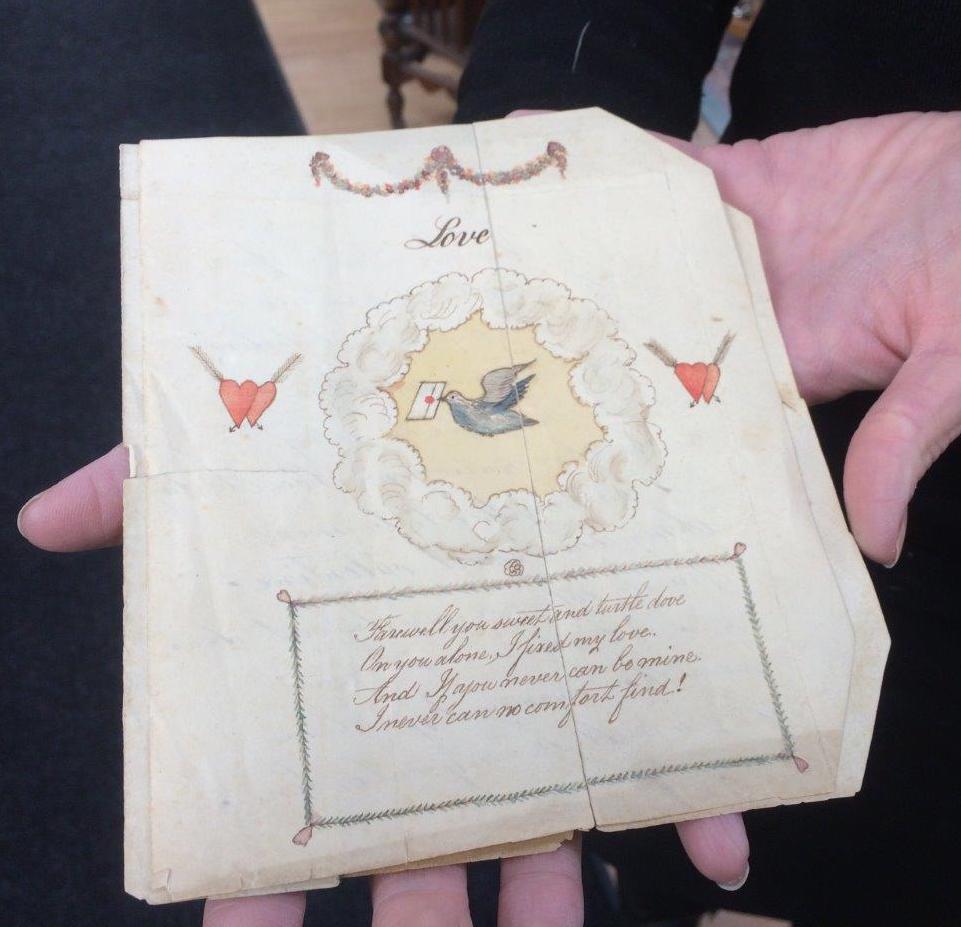 One of the world’s oldest Valentine’s Day cards has sold for thousands in a Derbyshire auctioneer’s recent sale, with bidders showing their love for the item to push it to over 36 times its estimate.

The 230-year-old card, which dates back to 1790-1810, went under the hammer at Derbyshire’s Hansons Auctioneers with an estimate of £200-£300. However, a bidding battle involving two phone bidders and internet bidders from Europe and America saw the centuries-old message of love secure a hammer price of £5,800.

The Valentine was brought by phone bidder Jakki Brown, 54, from London. She fell in love with its historical significance – and greetings cards are her life.

Jakki is editor and co-owner of London’s Progressive Greetings, the market leading trade magazine for the greeting card industry and official journal of the Greeting Card Association. She is also the  editorial director and joint managing director of Max Publishing and joint general secretary of the Greetings Cards Association.

She said, “I’m so happy. I was convinced I would be outbid.  I was so nervous about the sale, I hardly slept the night before.

“I’ve bought this because I really believe in the art of card sending and to buy this on Valentine’s Day makes it extra special. I will use it to promote the art of sending greetings cards. This year is the 100th anniversary of the Greeting Card Association. 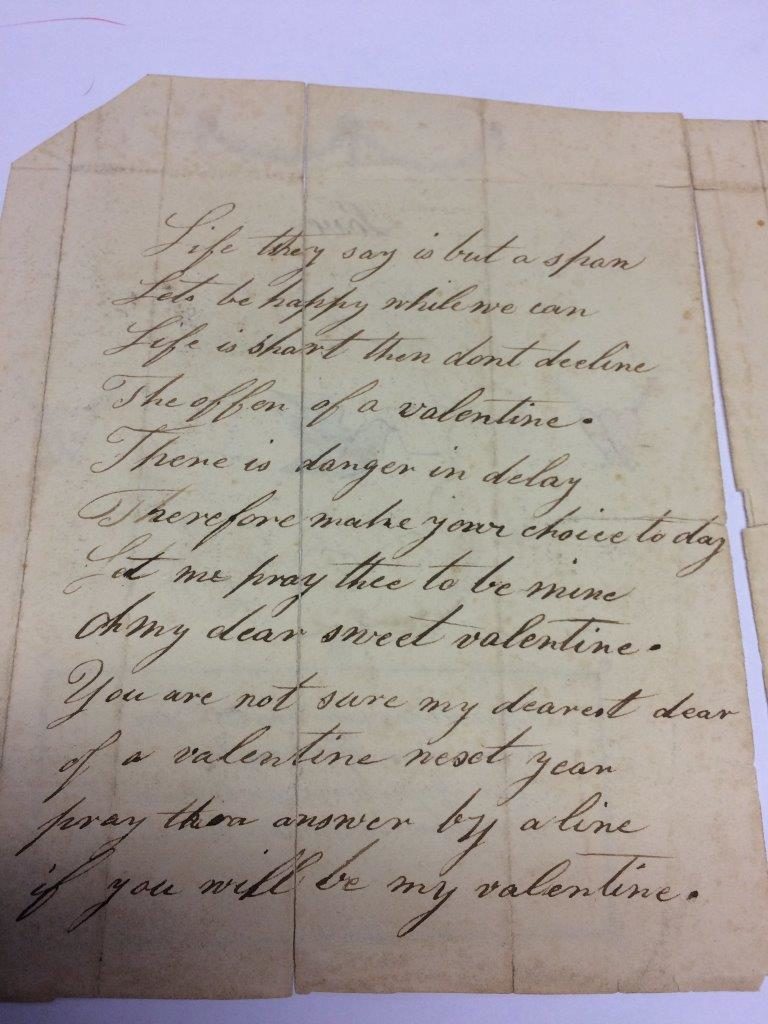 “For me, this Valentine is a wonderful example of an enduring British tradition. I will never sell it.”

The Valentine, which dates back to the reign of King George III, is effectively a piece of folded paper. On the front is a drawing of hearts and a dove carrying a sealed envelope. Though the paper is damaged and torn in places, it’s handwritten declaration of love has stood the test of time.

The front of the message reads:

“Farewell you sweet and turtle dove. On you alone, I fixed my love. And if you never can be mine. I never can no comfort find!”

While, inside, a handwritten verse reads:

‘Life they say is but a span
Let’s be happy while we can
Life is short then don’t decline
Therefore make your choice today
Let me pray thee to be mine
Oh my dear sweet Valentine
You are not sure my dearest dear
Of a Valentine next year
Pray thee answer by a line
If you will be my Valentine.’

The message was sent to ‘Ann’, at Hartwell House in Aylesbury, Buckinghamshire, more than two centuries ago.

It was discovered by auction house owner Charles Hanson among a collection of around 200 mainly Victorian and Georgian greeting cards, which belonged to the late Lawrence Randle, a keen philatelist and card collector who died at the age of 88 in 2009.

His son Oliver Randle, a retired computer service manager from Newbury, said, “My father collected most of these cards in the UK between 1949 and 1990 before moving to South Africa on his retirement.

“Throughout his adult life he visited many towns and took great pleasure in finding items of interest, overlooked by others, in large boxes of unsorted cards.”

Commenting on the sale, Mr Hanson said, “Romance isn’t dead – it’s flourishing, especially in the heart of Derbyshire. It’s wonderful to know this Valentine is set to be delivered to a woman who truly appreciates its deep significance.

“It’s one of the oldest Valentine cards in the world. I decided to sell it on February 14 to honour everlasting love.”