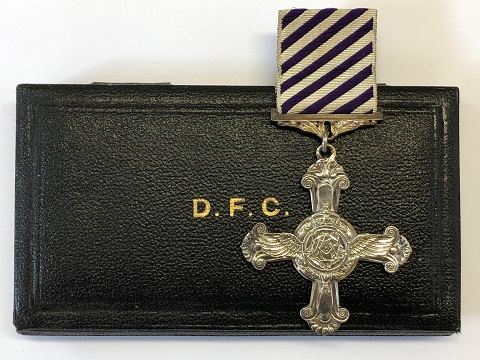 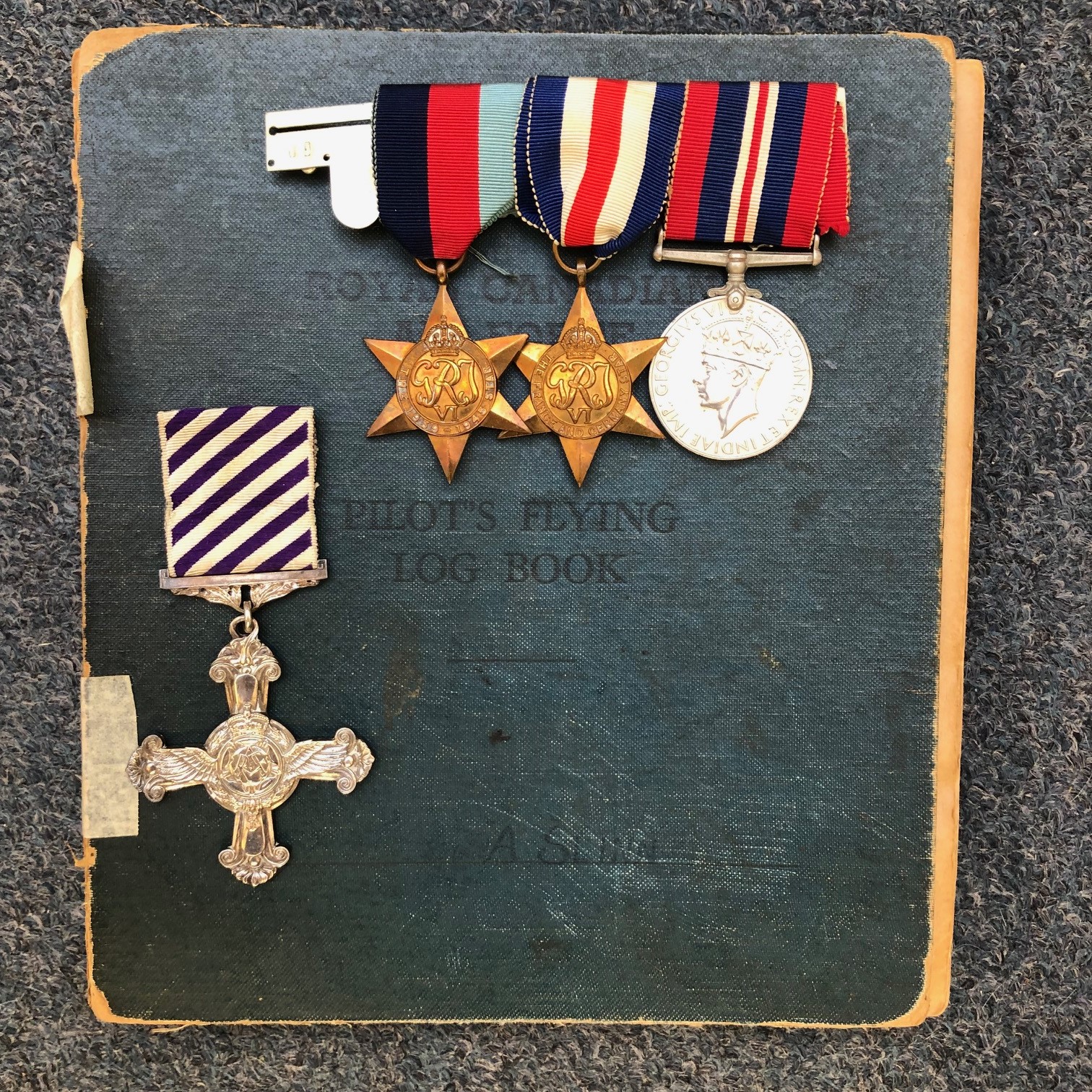 A Distinguished Flying Cross is included in a group of World War II medals set to take place in a Dorset auction house’s two-day sale of collectors’ items next month.

The sale at Charterhouse Auctioneers will offer the Distinguished Flying Cross along with a 1939-45 Star, a France & Germany Star and a War Medal, which belonged to Flight Lieutenant Arthur Slinn RAFVR.

Auctioneer Richard Bromell commented, “The medals come to auction from his late wife’s estate and as there are sadly no living relatives the executors instructed us to sell them.”

In addition to the medals, there is his Pilot’s Flying Log Book, various letters, documents, notes and photographs. During the war, Ft Lt Slinn flew a broad range of aircraft, including Wellington and Halifax bombers. His Pilot’s Flight Log Book records him flying from 1942 through to 1945 where he flew for a total of over 800 hours.

He was awarded the Distinguished Flying Cross in 1945. This cross was awarded to officers and warrant officers of the RAF in respect of valour while flying in active operations against the enemy.

Arthur Slinn was born in 1922 at St Helens in Lancashire. After the war he became an area sales manager and died in Sherborne in 1992.

“The market for medals remains strong.” Commented Richard Bromell. The medals, Pilot’s Flight Log Book, documents and notes are all estimated to sell for £1,000-1,500 in the sale on September 19 and 20.