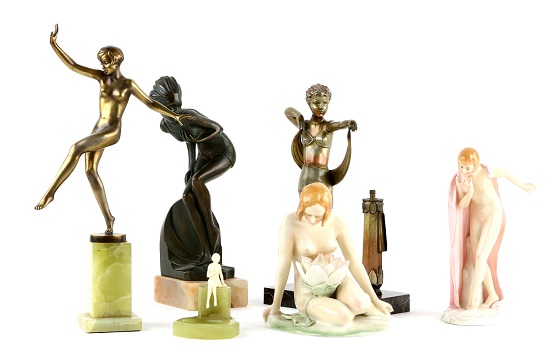 Some unusual art deco figurines could create strong interest from collectors when they go under the hammer in a Surrey saleroom next month. 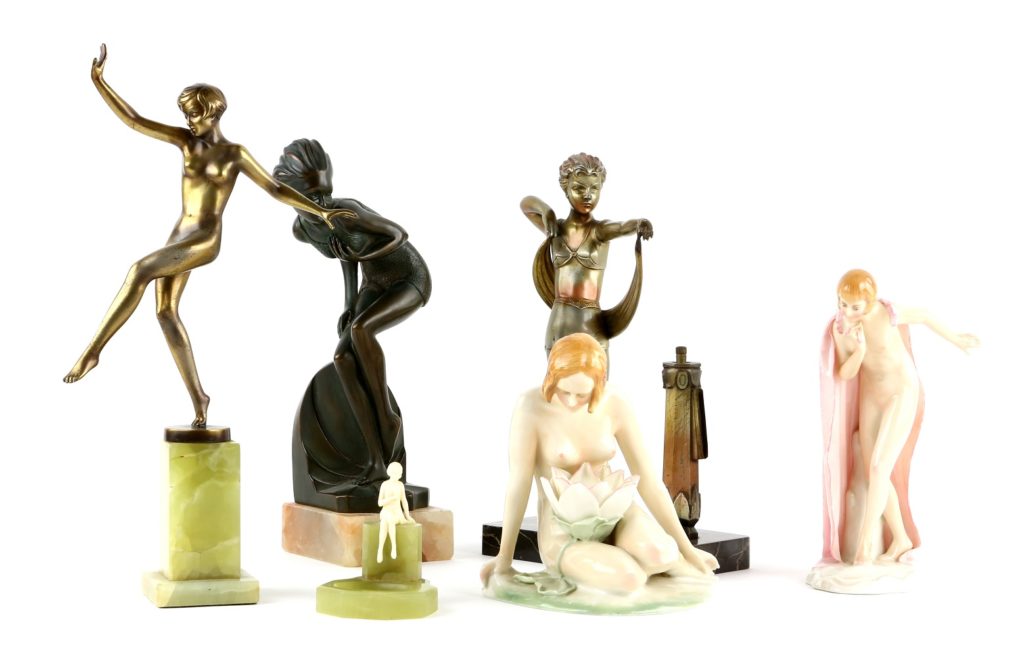 The art deco figures, dating from the 1920s and 1930s, represented the fashions and interests of the period, and there was huge appetite from the buying public at the time for them.

They represented the zest for life of the era, and were in stark contrast to Victorian figures which tended to be classical or sometimes sentimental, and even rather dreary. While these from ‘the New Age’ were celebratory. Dancing girls were among the most popular, often dressed in exotic costumes, semi-naked or wearing high fashion garments.

The best and highest value were made in bronze, or carved in ivory, but others were available too for those with more modest budgets, in spelter, copper or brass.

Romanian-born sculptor Demetre Chiparus (1886-1947) was one of the major makers of the day. He studied at the Ecole des Beaux Arts in Paris and spent most of his life in France, producing figures until his death.

Chiparus figures are sought after by collectors all over the world, and the team at Ewbank’s recently sold a Chiparus Antinea figure for an estimate-beating £41,000.

Going under the hammer on October 24 is a Chiparus figure entitled Simplicite, in bronze and ivory, with a conservative estimate of between £1,000 and £1,500.

From the same vendor is a group of Arts & Crafts lighting, being sold separately.

The sale takes place on October 24.