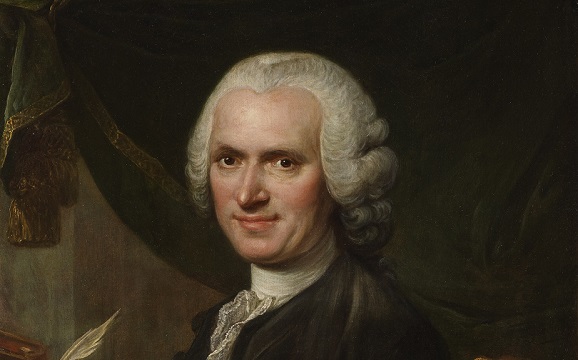 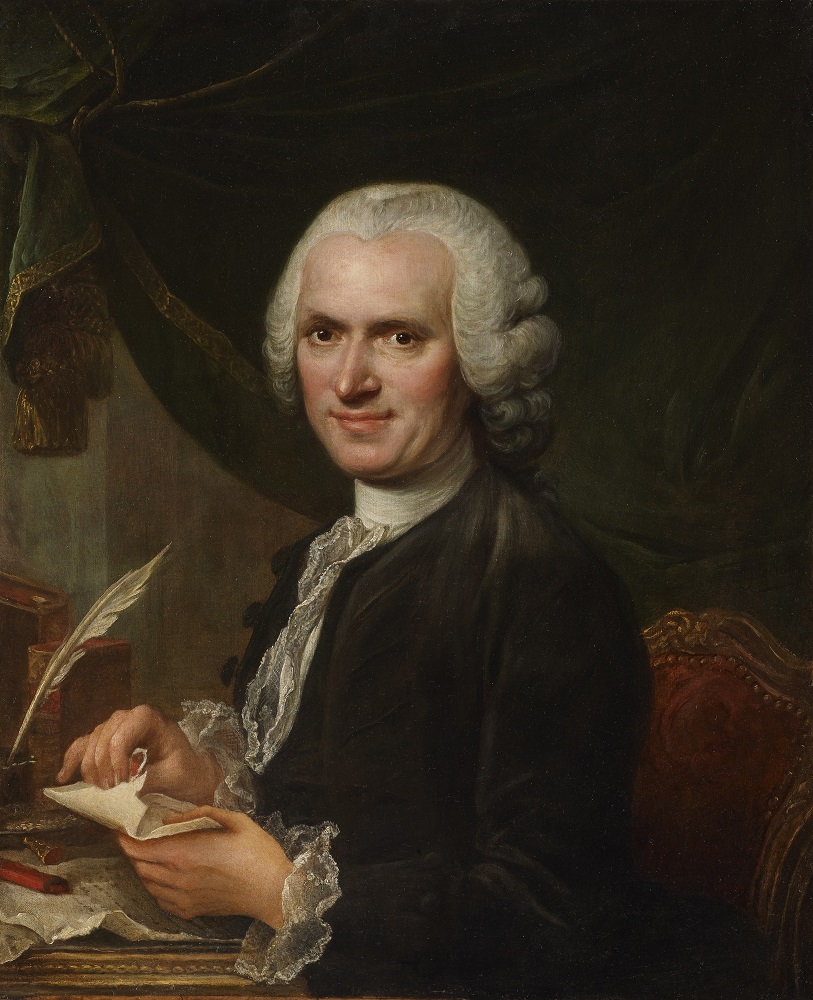 A recent rediscovered portrait of a great Enlightenment Age thinker comes for sale in London later this month. The portrait by French artist François Guérin (fl.1751-91) of Jean-Jacques Rousseau (1712-78) shows the political philosopher in his pomp, seated at a desk with quill pen and envelope in hand.

It forms part of The Classic Tradition: European Art from 15th to 19th Centuries, a new auction of traditional paintings held in the heart of St James’s by Lyon & Turnbull on October 30.

The 76cm x 61cm (30in x 24in) oil on canvas is one of only a handful of lifetime portraits of Rousseau that are known. It probably dates from the 1760s, around the time of the publication of two of his most famous works, The Social Contract and Emile, or On Education.

It comes for sale from a collection in London and has a provenance that can be traced back through the Rousseau family to Jean Francois Xavier Rousseau, the author’s cousin. It was only during cleaning that Guerin’s signature was discovered – connecting an artist and sitter who both moved in the circle of Louis XV’s mistress Madame de Pompadour. The estimate is £10,000-15,000.

Head of sale Rohan McCulloch, who joined Lyon & Turnbull earlier this year, has assembled a select catalogue of 83 lots for this inaugural event at 10-11 Carlton House Terrace.

The focus is on British and European pictures from the Renaissance and Baroque to the romance and realism of the 19th century.

Among the earliest works in the sale is a 15th century Netherlandish School oil on panel depicting the Virgin Mary and Saint Elizabeth, mother of John the Baptist (estimate £20,000-30,000). A devotional scene from the beginning of the Northern Renaissance, this picture comes fresh to the market having been purchased by the present owner’s late husband in London in 1955.

Elsewhere, an early 17th-century oil sketch of the head of an apostle with hints of one of the Flemish greats is expected to excite bidders at £10,000-15,000, while pre-sale speculation has focused upon the precise authorship of a charming pair of early 19th century portraits of adolescent boys in naval uniform. The sitters are identified as brothers Henry and Robert Rolland, the children of the Scottish judge and co-founder of the Royal Society of Edinburgh Adam Rolland of Gask (1734-1819). 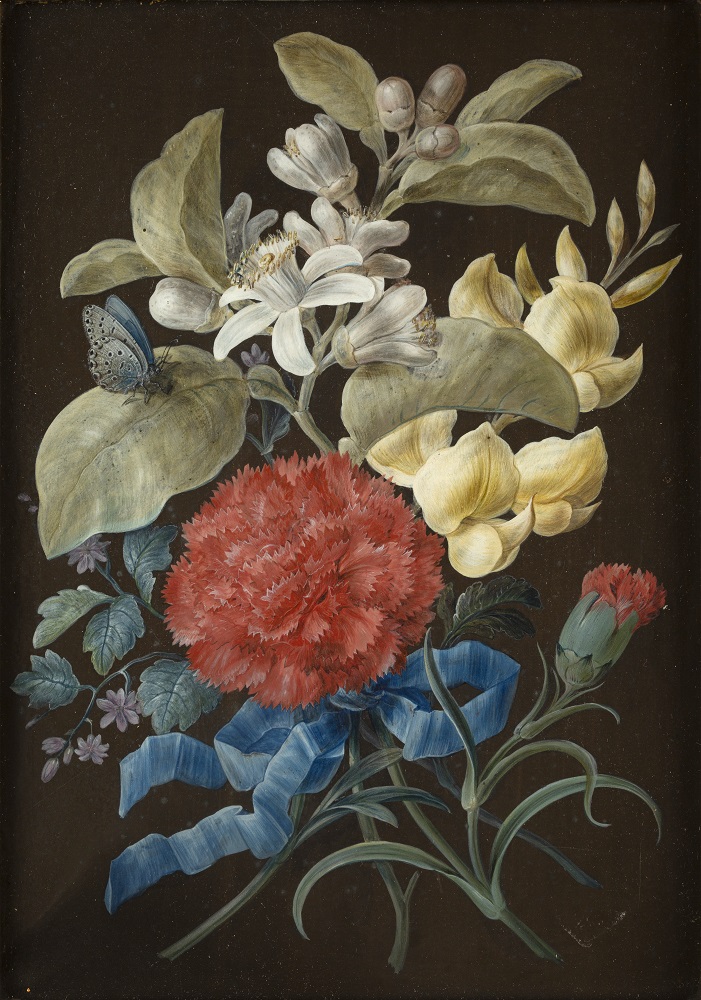 A feature of the Old Masters market in recent years has been the welcome focus on hitherto neglected women artists. Barbara Regina Deitzch (1706-83), born into an artist family in Nuremberg, specialised in watercolour and gouache paintings of animals and plants and the engraving of copper plates for prints. At the time her work was in demand internationally and exported to the Netherlands and England but her pictures are uncommon at auction. A rare set of four gouache on paper still life of flowers and butterflies come for sale from a private collection in Scotland with hopes of £8000-12,000. 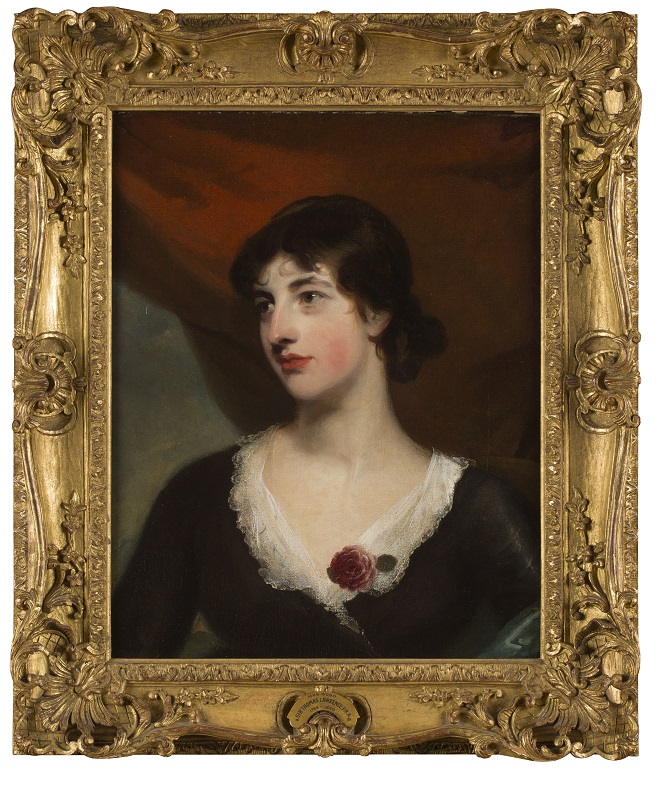 Born in Edinburgh, the eldest daughter of two amateur musicians, Paton (later known as ‘Mrs Wood’ after her second marriage) was a Covent Garden headliner for more than two decades, admired both for her looks and her singing voice (if not her acting).

An article of 1823 commented: Paton is ‘gifted with extraordinary powers, not only as relates to the physical organ, but with an enthusiasm, an intellectual vigour of no common kind. She is beautiful in her person and features, above the middle height, slender, and delicately formed; her dark hair and eyes give animation and contrast to a clear complexion, and sensibility illuminates every change of sentiment that she has to express.’

Members of the Kemble theatre family were not so kind. Fanny Kemble waspishly notes ‘the curious absence of dramatic congruity of gesture and action which she contrived to combine with the most brilliant and expressive rendering of the music’ while Charles Kemble simply declared ‘That woman’s an inspired idiot!’

This informal oil on canvas bust-length portrait of Mary Paton was for many years in the United States where Paton toured on three occasions.

The picture carrying the top estimate of the sale is a textbook Dutch still life by Paul Theodor van Brussel (1754-95). This beautifully executed oil with blooms of irises, daffodils, tulips, peonies, delphiniums in perfect bloom includes details such as a butterfly gently hovering over the arrangement, a small nest cradling eggs and delicate drops of water shining from petals and leaves.

Van Brussel’s life was cut short at the age of 41 – he drowned while ice skating – ensuring that his works are rare but highly sought after by private collectors and institutions.  This picture, with a provenance back to the 19th century is expected to attract bidding between £40,000-60,000.