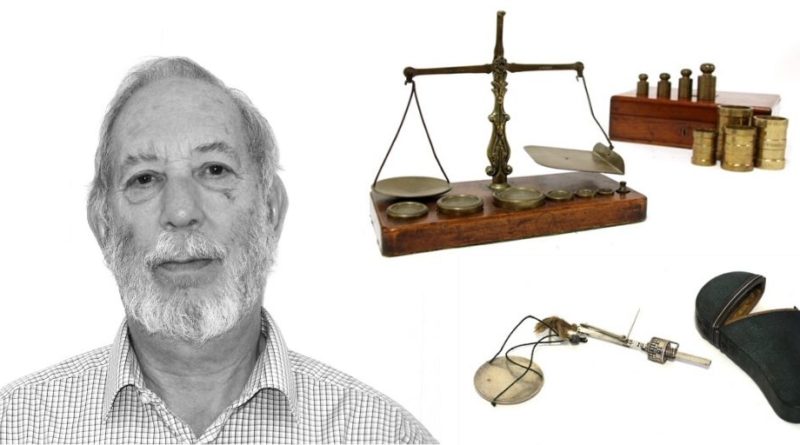 A lifetime’s collection of weighing scales will go under the hammer in Essex next year, when The John Barnett Collection of Scales comes up for sale at Sworders.

John Barnett’s fascination with collecting began as a child in post-war London when he started a collection of stamps. “An old man had a stall selling stamps of the world. He encouraged my interest by giving me an empty album in which to keep my purchases. The year was 1949 ad I was already hooked.”

Over time, John’s passion for collecting  widened to encompass different areas and even led to a move abroad. “These included coins and cigarette cards. Once my education was finished and I found myself working for a living, I soon realised that I could supplement my wages by buying and selling antiques.”

During his thirties, he moved to Paris to start a new venture. “We left London and moved to Paris where I bought an old house within travelling distance of the big city. I met an American man ten years younger than myself and together we opened an antiques gallery on the left bank of Paris in the Rue de Lille. The gallery was called Barnett et Meyer.”

By 1995, John had returned to the UK where an encounter with Ron Wilkinson, then chairman of The International Society of Antique Scale collectors (ISASC) sparked his interest in a new area of collecting. “He encouraged me to study the history of scales, which went back in time to before the Ancient Greeks. The next day I bought a couple of books on scales and the weighing of gold and silver coinage. The variety of scales available to collect from around the world fascinated me and I joined ISASC and attended their bi-annual gatherings where I met a wonderful group of like-minded people, some of whom had spent a lifetime in the industry working as Weights and Measures Inspectors. 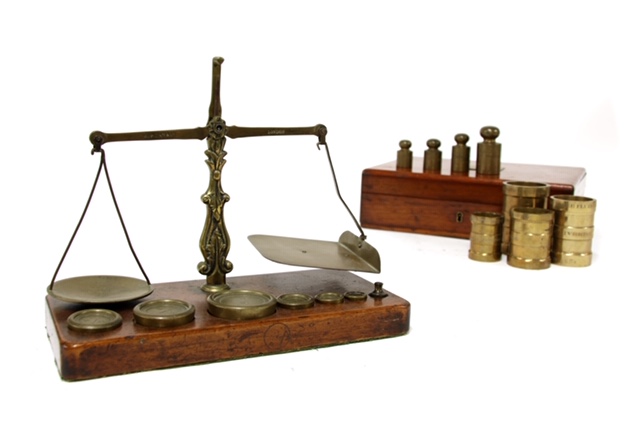 Over the ensuing year his fascination saw him build up a collection of some 300 scales. “By swapping and selling I tried to improve my collection to include many different styles and forms from the major industrialised countries. I always searched for the rarest types that were available.”

Personal favourites in his collection include those produced in England during the Industrial Revolution, from the 1800s onwards. “Skilled craftsmen were experimenting in all areas of production and when fraudsters were trying to deceive merchants by doctoring gold coins that were readily used for transactions in, for example, the cotton trade, which relied on large sums of gold changing hands.”

Now the large collection, which also includes examples of Dutch, German and Italian boxed scales from the 16th century onwards, will go under the hammer at Sworders on January 8 with estimates ranging from £50 to £2,000.

Two of the standout lots include:

A rare and fine miniature steelyard by John Joseph Merlin (1735-1803), c.1780, with a graduated beam with fine adjustment calibrated counterpoise, with silver pan within an original shaped green-stained shagreen case with silver metal mounts, beam 7.1cm long. It carries an estimate of £2,000.

A tin cased sovereign balance, by Harrison of Birmingham, c.1820/30, with a single circular pan and circular revolving scale, case 8cm high. This variation was considered awkward and inefficient and was consequently removed from production. Only two examples have been found.  Estimate £700-1000.