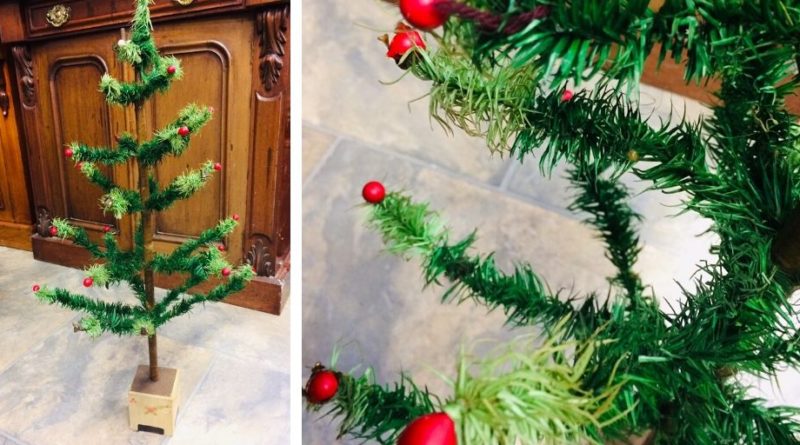 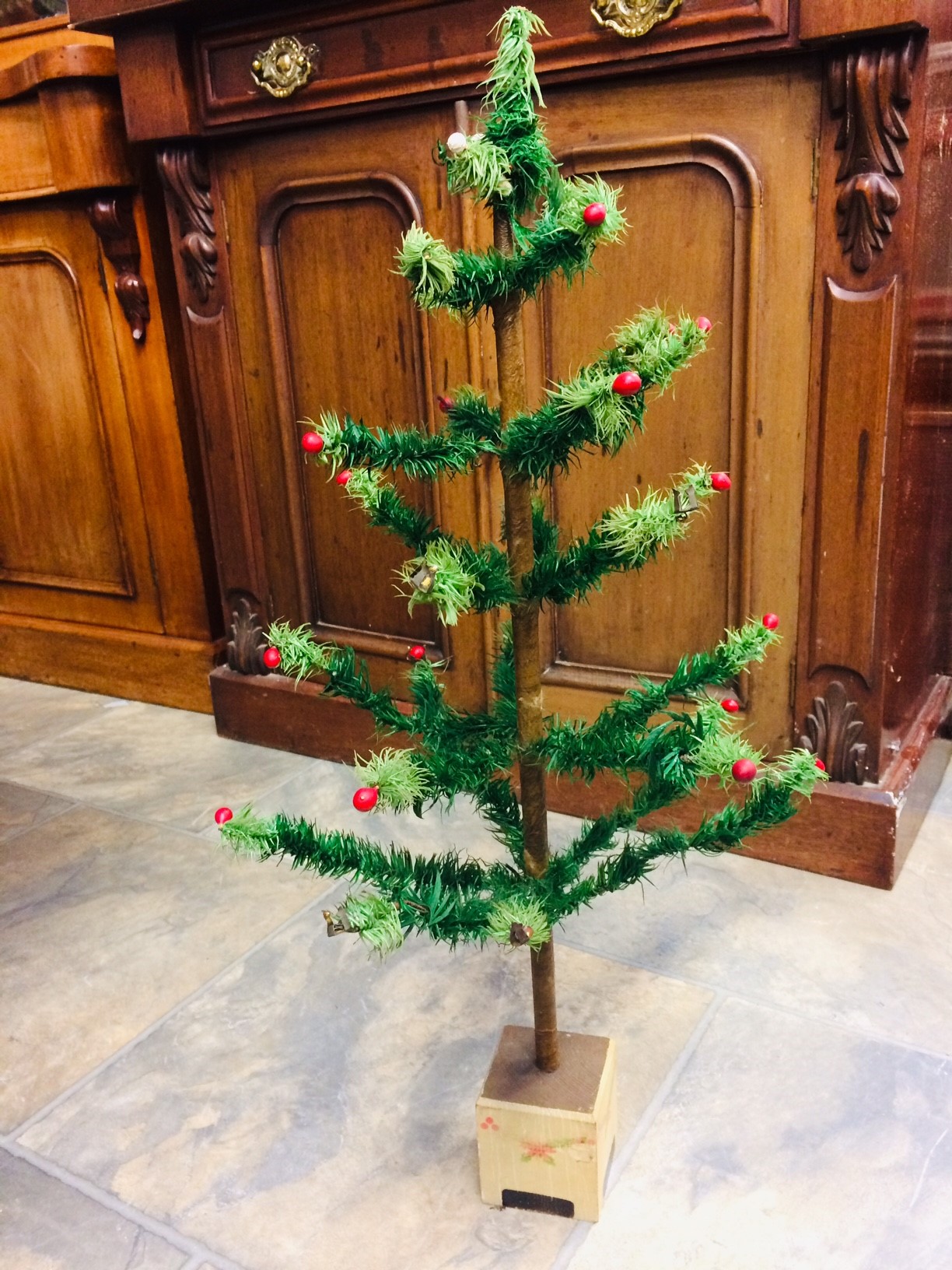 The simply-designed tree was purchased from Woolworths in Dundee, Scotland in 1937, some 82 years ago, and cost the equivalent of 6p. It stands just 69cm tall and, according to the family who owns it was bought to celebrate the arrival of a new baby called James Smith.

Recently rediscovered in the family’s attic, the  vintage Christmas tree could rise above its top estimate of £150. In 2017, auction house Hansons sold a similar tree to the American Christmas Tree Association for £420.

James Smith’s daughter Claire Barnett, a teacher from Fife, Scotland, said: “My gran, Catherine Smith, bought it for my dad’s first Christmas in 1937, not long before the start of the Second World War in 1939.

“After that, it became the main tree in my grandmother’s home in Dundee for decades. She decorated it every Christmas until she died in 1995 at the age of 89. When dad was small, he remembers the excitement when the tree went up in the middle of December. Sadly, he lost his father in 1938 when he was only 18 months old.

“Consequently, dad grew up as an only child but his mum did her best to make Christmas special for him. On Christmas Day he remembers getting an orange, a shiny penny, a game and some sweets in his sock by the fire.”

She continued, “There were some candles on the tree, which has small candle holders on the end of some of the branches as well as some red berries.  We think the painted wooden base of the tree was made in Germany. My gran would add some fir cones and holly around the base of the tree to enhance it.

“My mum, Dorothy, and dad, who will be 83 in January, have been married for 58 years and have lived in the same house in Dundee for 53 years. They were clearing the loft and came across the tree, which hasn’t been used since 1995. They thought someone else might like it to remember how the festive season used to be.” 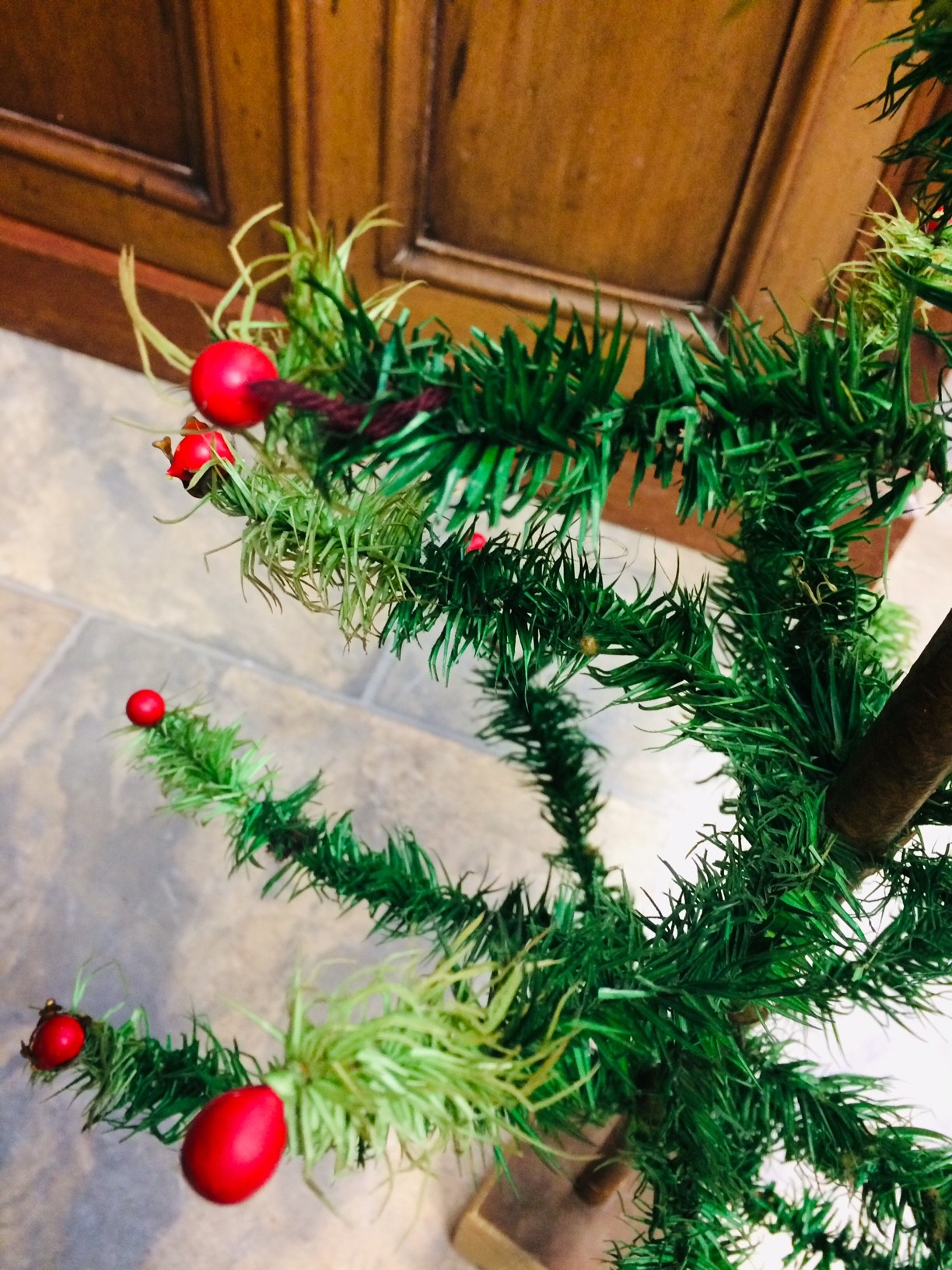 Charles Hanson, owner of Hansons Auctioneers, said: “This is a wonderful reminder of Christmas without excess in the late 1930s and during the Second World War. This humble tree, bought for a modest amount, was treasured by one family and came out every Christmas for 58 years.

“It’s in remarkable condition considering its age and deserves to be on show and admired. It was bought at Woolworths, a department store millions of British people knew and loved. Woollies is no longer on our high streets but in its heyday it played a huge part in Christmas shopping.

“Finds like this modest tree remind us that you don’t need to spend a fortune to enjoy a happy Christmas. The waste-not, want-not generations of old are still teaching us an important lesson about valuing the simple things and not replacing objects just for the sake of it.”

Department store Woolworths started selling some of the first mass-produced artificial trees in the 1920s. In 1930, the British-based Addis Housewares Company created the first artificial Christmas tree made from brush bristles. The company used machinery utilised to manufacture toilet brushes.

The very first artificial Christmas trees were developed in Germany during the 19th century and were made using goose feathers dyed green.