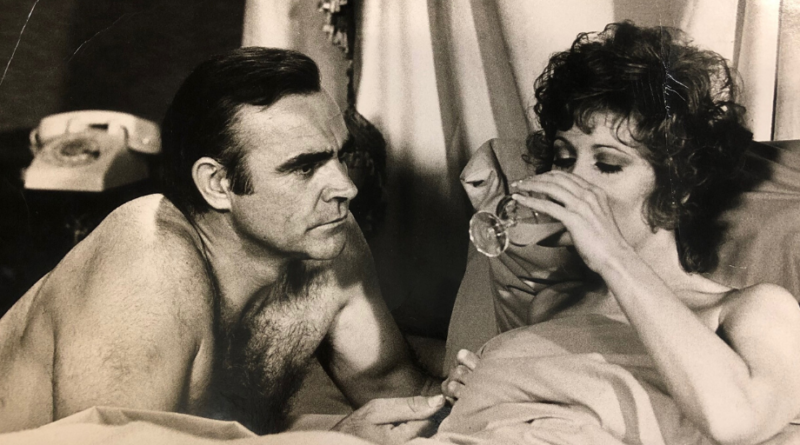 A large collection of black and white photographs taken by lead photographers of the 1960s, including Terry O’Neill, has been discovered in a garage by Dorset auctioneers Charterhouse.

The archive, which belonged to the owner’s late husband, includes nearly 150 photographs snapped by Terry O’Neill who passed away in November aged 81.

Terry was a leading photographer whose career spanned six decades during which time he photographed members of the Royal Family, politicians, film and pop stars.

During the 1960s, the owner’s husband was a professional artist. Working in central London he rubbed shoulders with famous photographers and one day was asked if he wanted a pile of old photos, which he gratefully received, and took them home only to forget about them.

The collection of images was eventually relegated to the garage in plastic bags and old cardboard envelopes, following a house move a number of years ago.

Other photographers include Allan Ballard, William Claxton, Terry Fincher and David Magnus. Among the hundreds of photos here are images of Mick Jagger, Robert Redford, Gregory Peck, Ryan O’Neal, Sophia Loren, Alec Guinness, Graham Hill, Peter O’Toole, John Thaw and even one of the actors from the Carry On films.

“It is more like a collection of Who’s Who from the 1960’s.” Commented Richard Bromell. “Some are formal photos and some are informal catching the sitter in an off-guarded moment”

In addition to all the images, there are also pages of the photographers’ contact sheets. Contact sheets were printed off negatives which were then put onto one sheet so editors could choose which images they wanted to use rather than wasting time printing off all the negatives. What fascinates collectors about contact sheets is there are a large number of photographs which have never been seen before as they were not chosen to be used.

Estimated by Charterhouse to sell for thousands of pounds, auctioneer Richard Bromell commented, “It is by far the best archive of photographs I have seen in my 34-year career as an auctioneer and valuer as it gives an insight into the swinging sixties. For me, Sean Connery and Jill St John in the iconic Bond film Diamonds are Forever are the most interesting photos – I saw the film when it came out in 1971 as a 5-year-old boy.”