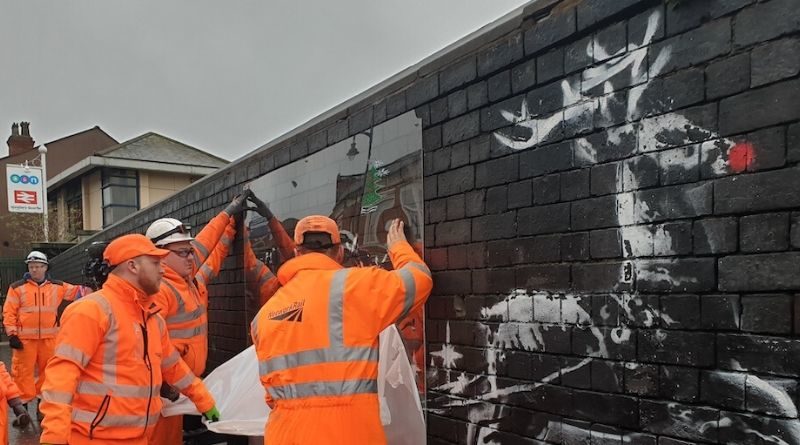 A perspex screen that was used to protect the latest artwork by celebrated street artist Banksy has sold for an impressive £2,300 in a Birmingham saleroom.

The screen had been in place to protect Banksy’s image of two reindeer flying away from a bench in Birmingham’s jewellery quarter, highlighting the issue of homelessness. It was sold at Fellows Auctioneers to Steve Tolley, co-owner of the Bullion Room, a Birmingham-based premier precious metal and jewellery dealer. 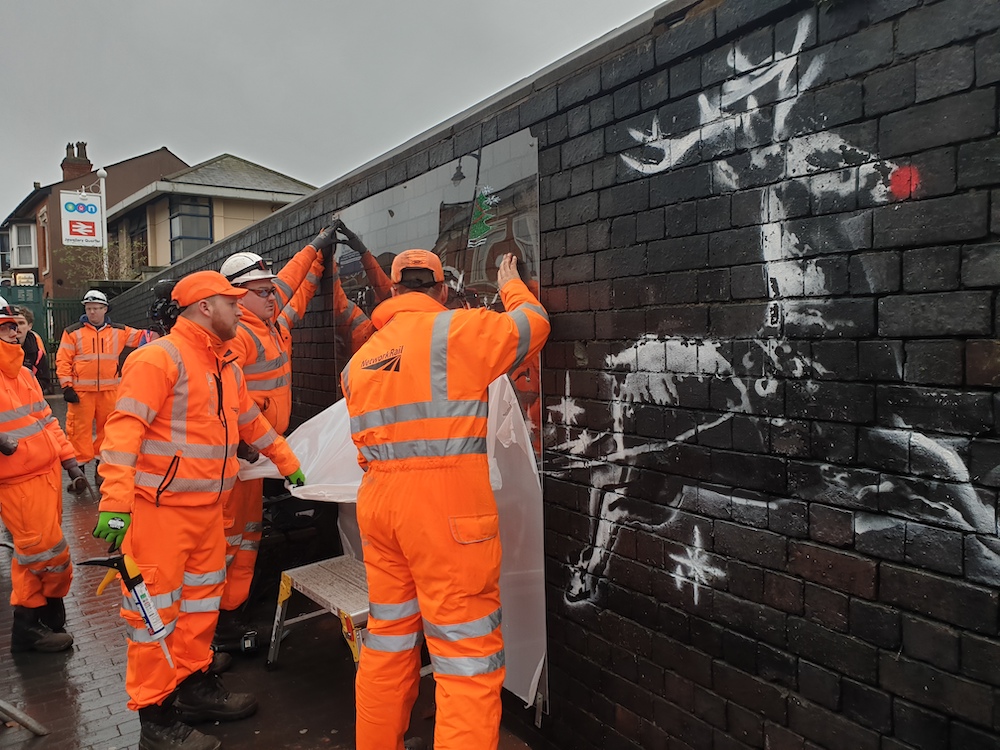 With an initial estimate of just £100 to £150, the perspex increased in price over the course of the timed eight-day sale, eventually selling for £2,300. It attached ten different bidders and over 70 bids as competition continued to grow.

The perspex was placed over the Banksy artwork to prevent it from being vandalised, prior to a more permanent cover being put in place.

Banksy released an Instagram post to reveal his latest work of art, which has since had millions of views. However, the reveal led to international coverage, unfortunately resulting in fellow graffiti artists vandalising the piece. Network Rail took the decision to place a protective Perspex screen over the piece, preventing it from being ruined. Unfortunately, another graffiti artist defaced the protective screen, which was then kept by the Jewellery Quarter Business Improvement District, to then be auctioned at Fellows Auctioneers.

Luke Crane, Executive Director from the JQBID, said: “This piece of art by Banksy is an early Christmas gift – but brings with it a very strong message – a timely reminder that we are facing a nationwide homelessness crisis and we must not forget those in need, especially over the Christmas period. By taking inspiration from the artwork, we have an opportunity here to put the Jewellery Quarter firmly on the map, as the leading light in ending the homelessness crisis that is blighting our inner cities. Money raised through the auctioning of the original Perspex that protected the Banksy mural, will be donated to Midland Langar Seva Society.” 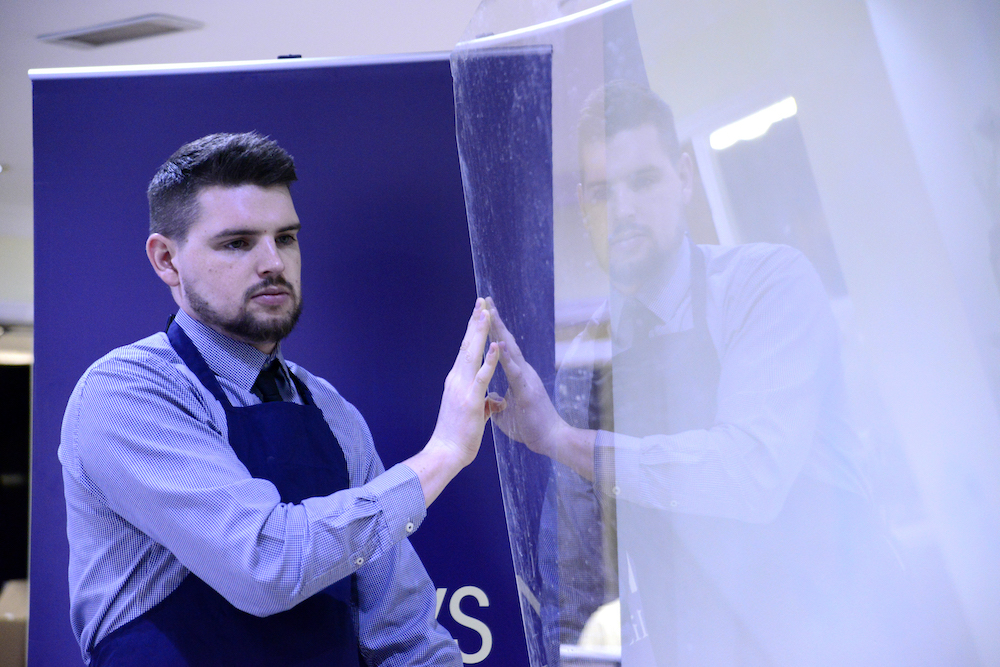 Simon Evans, head of communications – North West & Central, Network Rail, said: “We’re pleased to be able to sell this item, along with the story that goes with it, to raise money to help homeless people. Life is strange sometimes. Ordinarily a piece of Perspex is no big deal. But a piece of Perspex that has protected a Banksy – that is a big deal.”

The auction ran on Fellows Auctioneers’ website from Thursday 12th December, generating lots of interest, bids, and media coverage. The screen itself still contains paint marks from being vandalised, and was auctioned alongside the bolts used to place it on Banksy’s artwork.

Stephen Whittaker, Managing Director of Fellows Auctioneers, said, “I am over the moon that the Perspex protecting the Banksy artwork has sold for £2,300. We are thrilled that all of the money will be going to charity, helping such a great cause. We offered our services for free, and we wanted to make the most of selling the Perspex by attracting a lot of interest among our bidders, which is something we managed to achieve.”

Steve Tolley, buyer of the Perspex, said, “We are delighted to have purchased this amazing Perspex protecting the Banksy artwork, for a great cause. It is the perfect story to celebrate the opening of our new showroom. It would have been a shame to have seen the Perspex sell to someone outside the Quarter and homelessness is a big issue around here, so it is good to give something back to the community. The Perspex will be displayed on the wall in our showroom, meaning everyone who comes in can see it.”

Other contributions from local businesses including the auctioneers have increased the total sum raised to £3,000 for Midland Langar Seva Society.