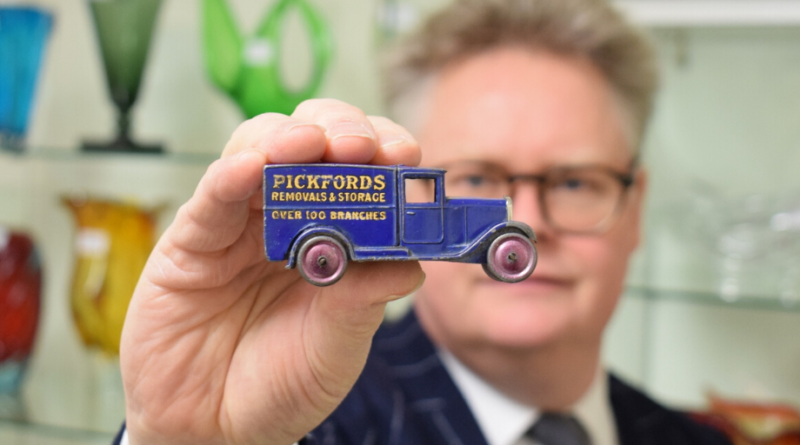 A Dinky toy van, bought for only £4 from a charity shop, could sell for up to £2,000 in a Dorset auction house’s collectors auction in March. 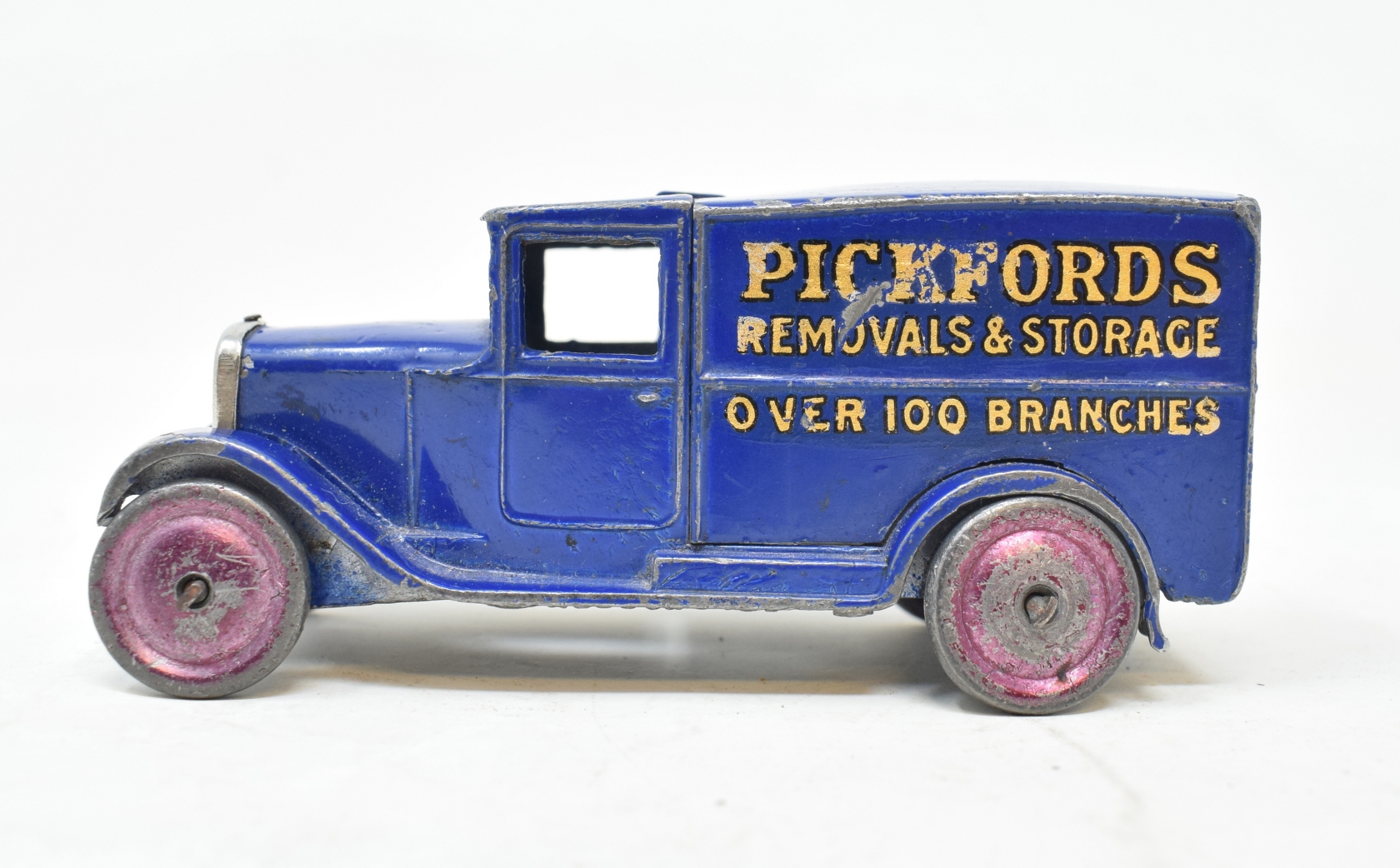 The Dinky model of a Pickfords’ removal van is a rare example and one of the earliest models made by Dinky Toys. Dating to between 1934 to 1936, the model is the first of its kind to be made in a two-piece lead construction featuring metal wheels.

Pre-war Dinky models are scarce survivors today and, as such, sought after by collectors. Their rarity is down to the nature of toys, which were played with and frequently damaged or discarded, but also due to metal fatigue which caused many simply to disintegrate. 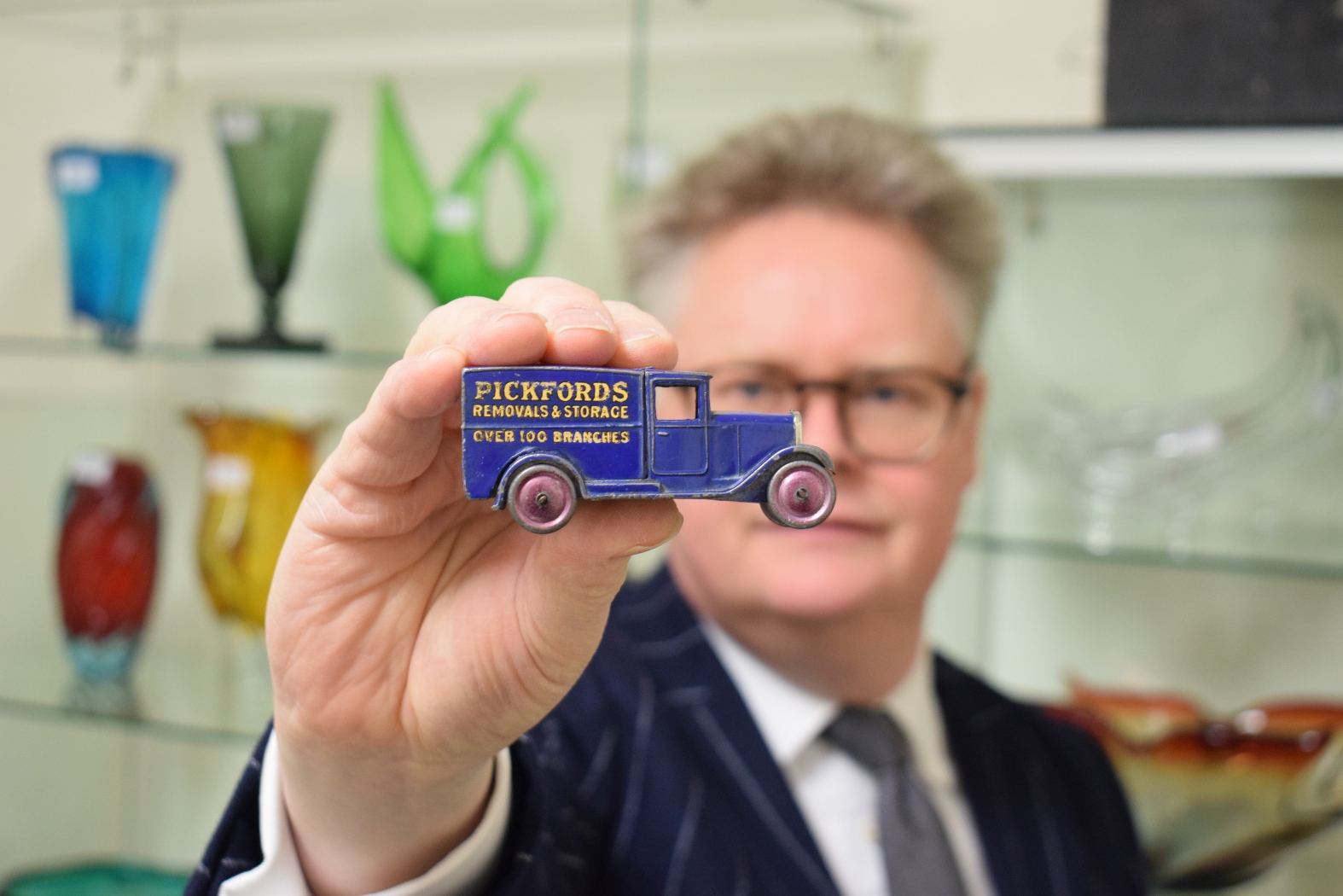 The Pickfords’ van in the Charterhouse auction is in ‘pretty good condition for a toy of about 85 years old’, with only a few areas of paint loss.

Painted blue and with Pickfords Removals & Storage Over 100 Branches printed on the side, the van measures just under 4cm high. More likely destined for a display cabinet rather than a playground the van is estimated at £1,500-2,000.

“In 35 years this is the first time I have seen one of these particular Pickfords’ vans such is its rarity.” Commented Richard Bromell. “The market for Dinky and other models cars and trains continues to be strong and this will be a highly sought after van by collectors when it goes under the hammer.”