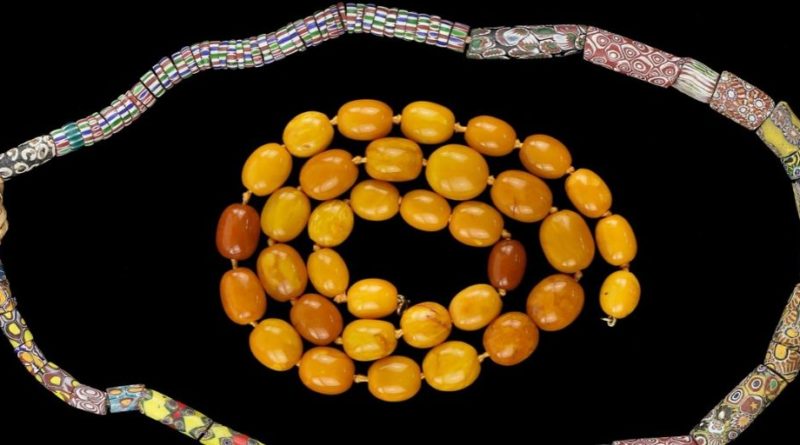 A Surrey auction house is celebrating its 30th anniversary with a three-day sale, including a jewellery auction with an array of both antique and contemporary items.

Kicking off on March 18, Ewbank’s will start with a selection of jewellery and watches going under the hammer; on March 19, silver and fine art are on sale; and on March 20, auctions for antiques, clocks and furniture will take place.

A selection of particularly intriguing necklaces has been catalogued for sale, including one from the early 19th century.

Andrea Machen, jewellery specialist at Ewbank’s and member of The Society of Jewellery Historians, said, “Necklaces are one of the earliest known pieces of jewellery, and usually had symbolic or religious meanings. The word ‘necklace’ was first used in the late 15th century and came from French meaning a cord or lace worn around the neck. Since that time necklaces have become one of the most enduring fashion statements in jewellery.”

There have been many different trends over history of how to wear necklaces. For example, in the 15th century, elaborate, very long necklaces were worn criss-crossed over the body, mainly by men.

In the 18th century, shoulderless ballgowns were enhanced by jewel-encrusted, ornate chandelier necklaces. Whereas in the more buttoned-up, late Victorian era, collar necklaces were designed to be worn over clothes, and in the 1920s, the fashion was for flapper girls to wear their necklaces long to allow them to swing when they danced.

One of the earliest necklaces going the sale on March 18 is a collar, or riviere, necklace dating from the early 19th century. It is set with rock crystal and has a guide price of between £300 and £500.

Other pieces of note include:

The price of amber has sky-rocketed, thanks to increasing popularity in the past decade. The team at Ewbank’s has seen final hammer prices for amber jewellery reach more than £3,000. A necklace of chunky amber beads gong on sale next month has a moderate guide price of between £300 and £500, and is sure to draw a lot of interest from collectors.

A group of colourful bead necklaces, known as African trade beads, has a guide of between £200 and £300. Originally made in Europe, before glass-making was developed in Africa, these necklaces have become popular as decorative objects in many cultures.