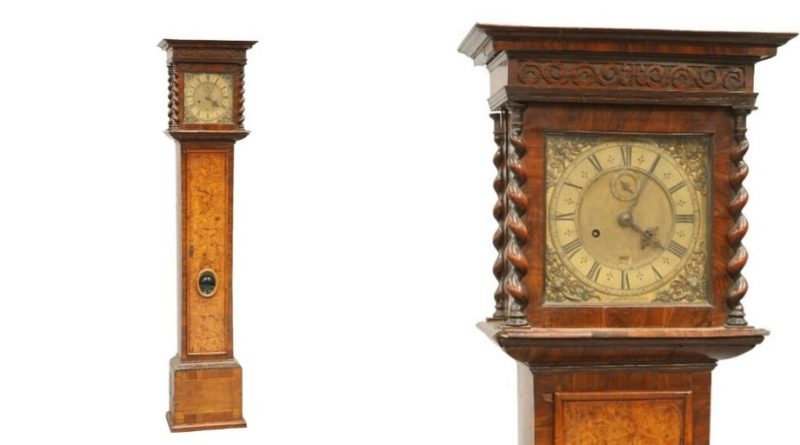 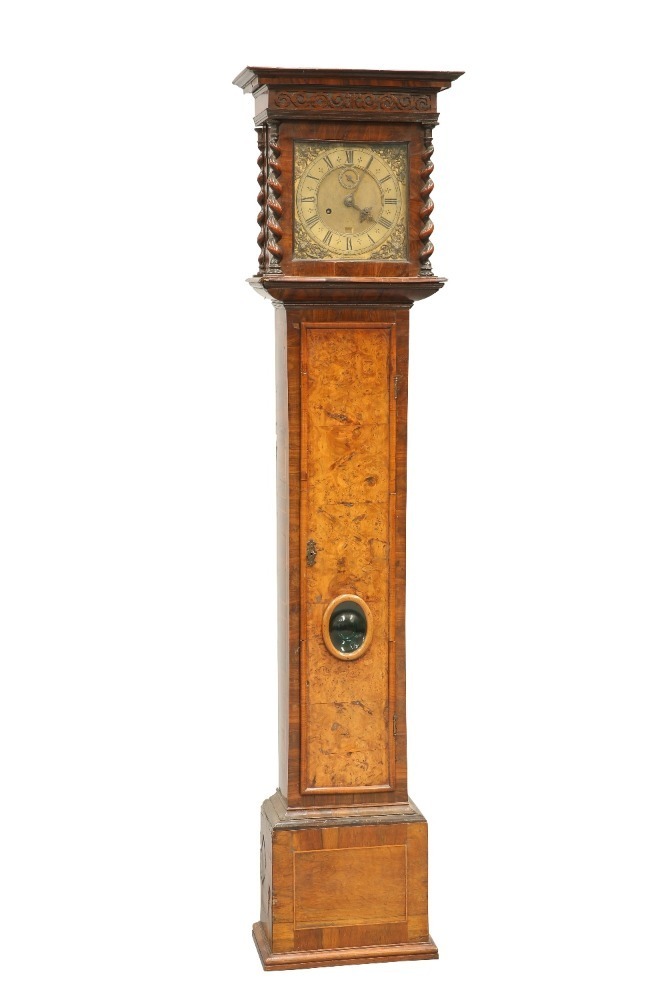 A 17th-century long case clock by the London maker Henry Jones has been sold by Yorkshire auction house Elstob & Elstob for £11,000 in a recent online sale.

The eight-day walnut clock, the hood with fretwork and spiral columns features a 10-inch square brass dial. it is signed ‘Henry Jones in y Temple‘ with a date aperture and subsidiary seconds.

The clock, which requires restoration, is seen as typical of the style of these pieces made in London around the latter part of the 17th century.

Henry Jones was originally an apprentice of Benjamin Hill before turning over to Edward East. He became a Freeman of the Clockmakers Company in 1663, becoming a Master of the organisation in 1691.