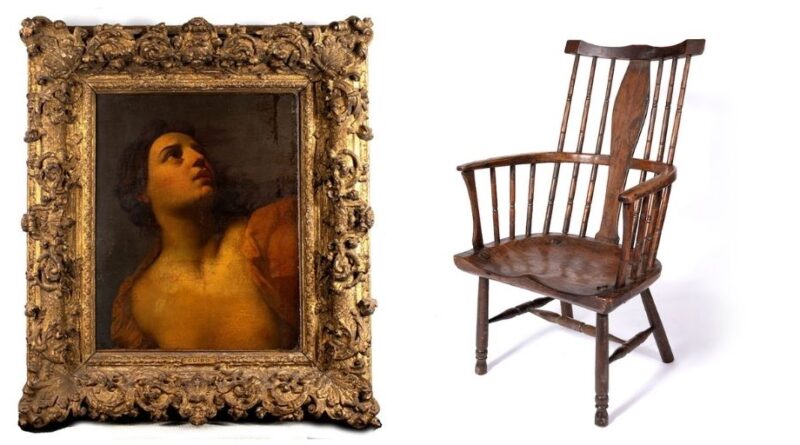 Paintings performed particularly well in the sale, and some Old Master artworks from Long Court, Randwick, Gloucestershire caused much excitement amongst bidders. The top price was achieved by a striking oil painting from the circle of Guido Reni (Bologna, 1575-1642), estimated at £1,000-£2,000 and eventually selling for £6,500. It depicts the head of Queen Deianira, a figure from Greek mythology whose name translated as “man destroyer”.  She was the wife of Heracles and according to late classical accounts, his unwitting murderer. 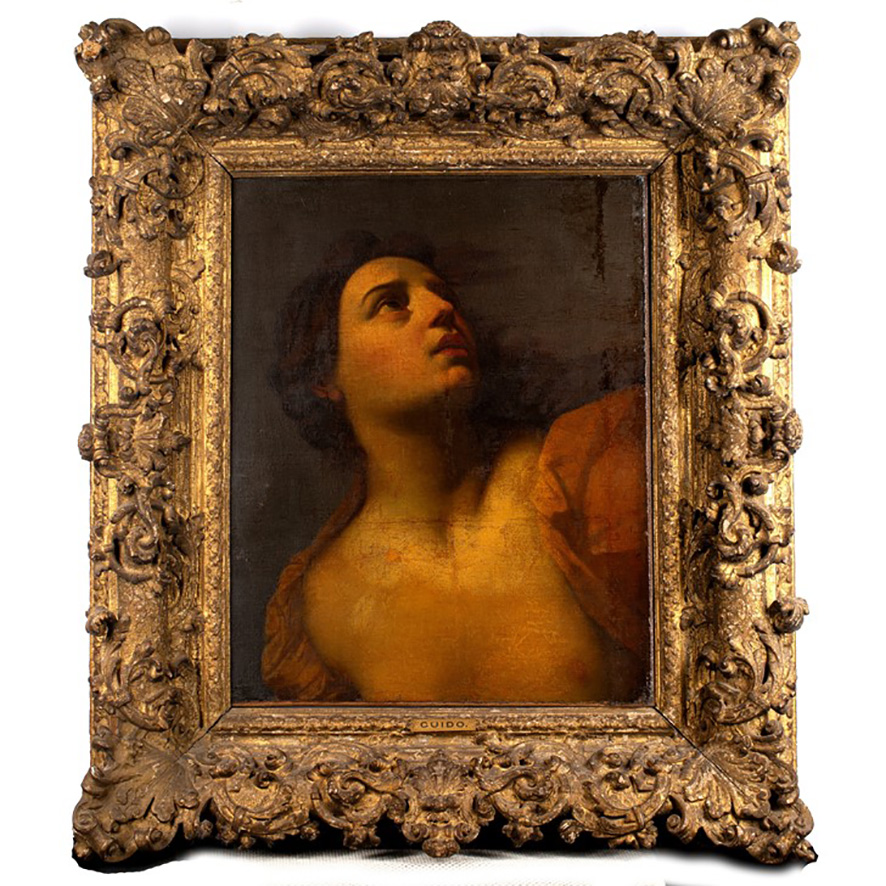 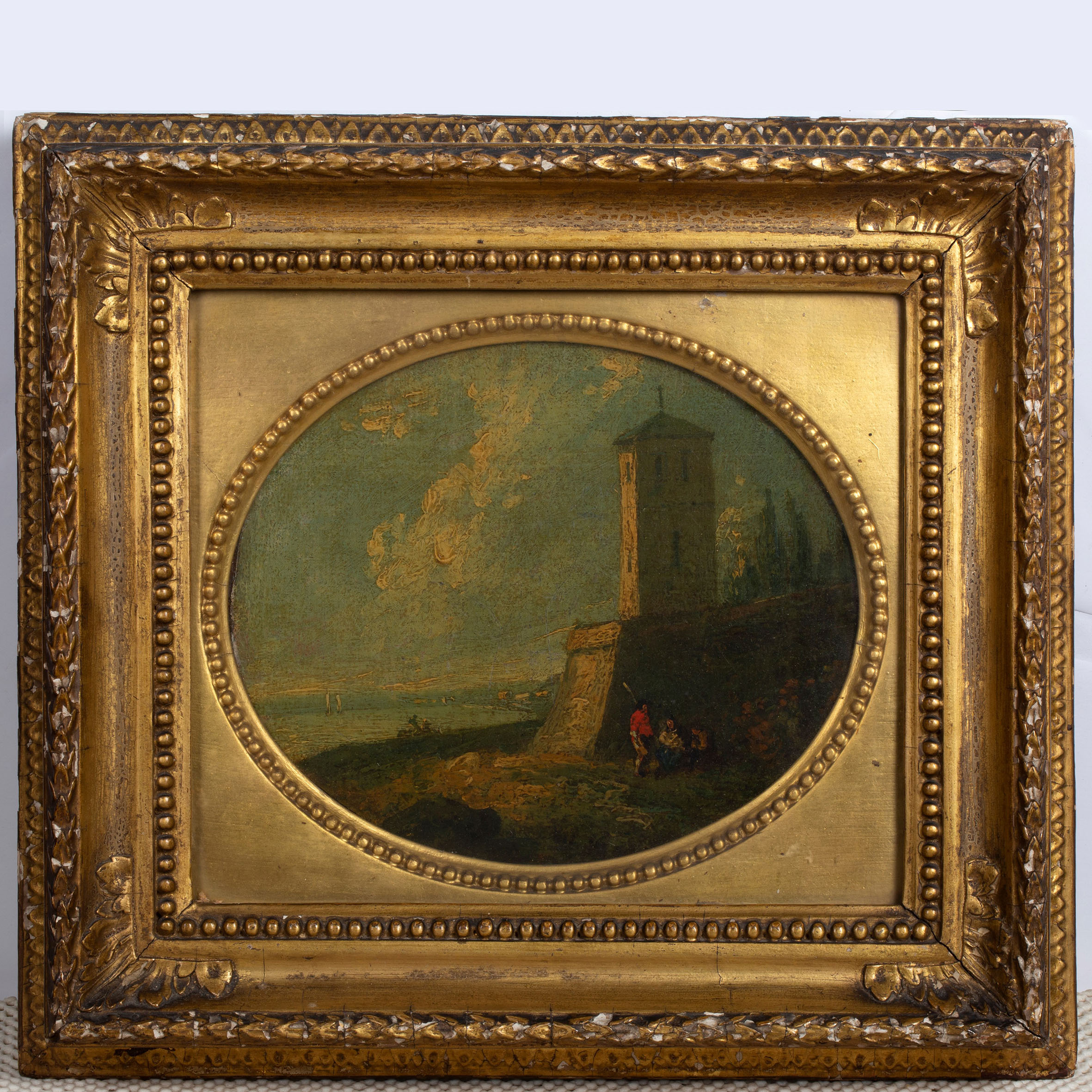 Another piece by the same artist, this time a pencil drawing of ‘Ponte Vigo at Chioggia’, also performed well, selling for £4,600 against an estimate of £1,500-£2,000. An interesting provenance for this lot, as it was originally owned by William Lock, who met the artist during his Grand Tour. Wilson travelled with Lock in his carriage from Venice to Rome late in 1751 and Lock kept many of the drawings that Wilson made along the way, including this pencil drawing of Chioggia (located approximately 16 miles south of Venice). It was also exhibited at the Tate Gallery as part of a Richard Wilson Exhibition from 1982-1983. 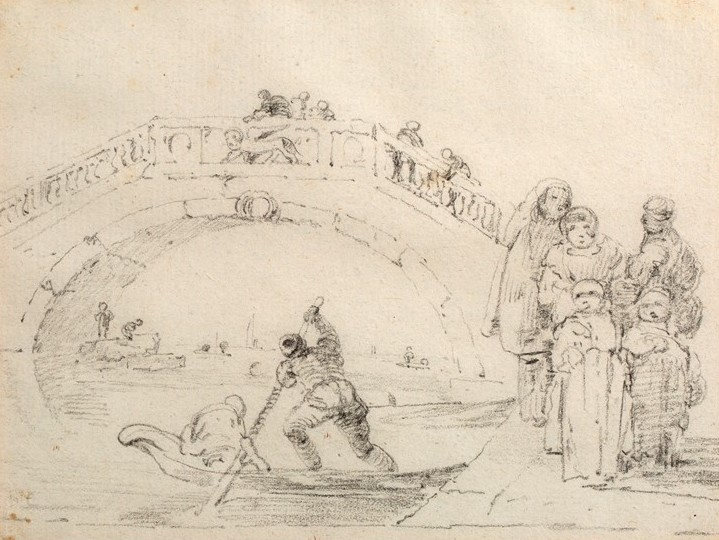 Aside from paintings, with the price of silver increasing in recent months, silverware saw renewed interest at the auction, such as a matched Georgian and later silver, part canteen of King’s pattern cutlery, which achieved £3,100. 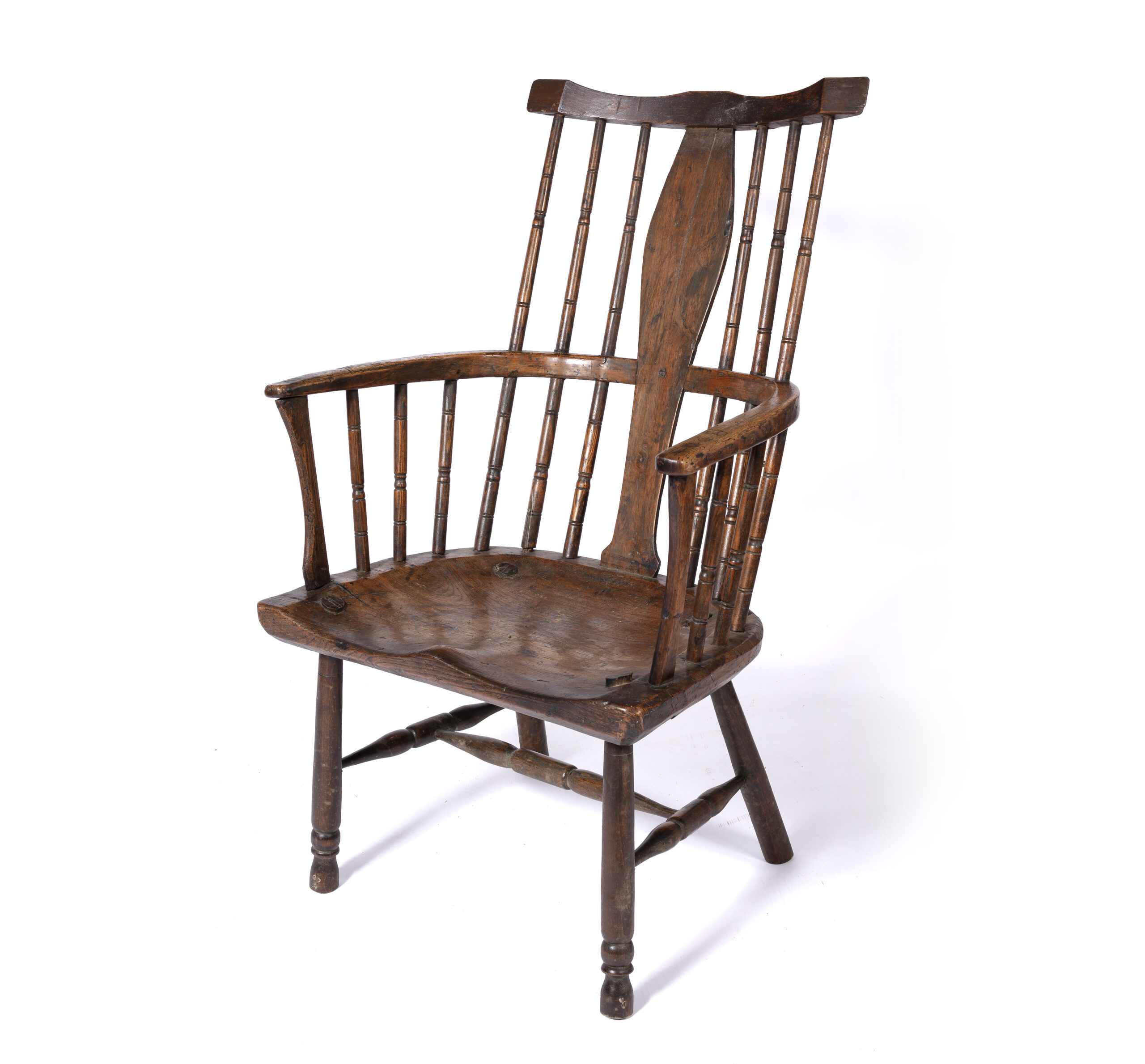 Some good ceramic lots were included in the sale, such as an Italian, Doccia porcelain tea canister, dating from circa 1750, which sold for £420 against an estimate of £300-£500.

The sale also featured some more contemporary items, including a collection of ladies fashion ranging from a Christian Dior black dress, and a Loewe coat, to a Maxime Simoens dress, a Shanghai Tang velvet jacket and a Joseph black dress. This proved popular and sold for £1,200 against a conservative £60-£100 estimate.

An original, pen and ink cartoon, signed by the artist, Carl Giles (1916-1995), depicted a bewigged judge and the words ”These things are sent to try us”. It sailed above its £100-£200 estimate, with the hammer falling at £1,600. A contemporary, Japanese, four-fold screen painted with birds and blossom on a gold background, estimated at £50-£100, was also high contested and eventually sold for £450.