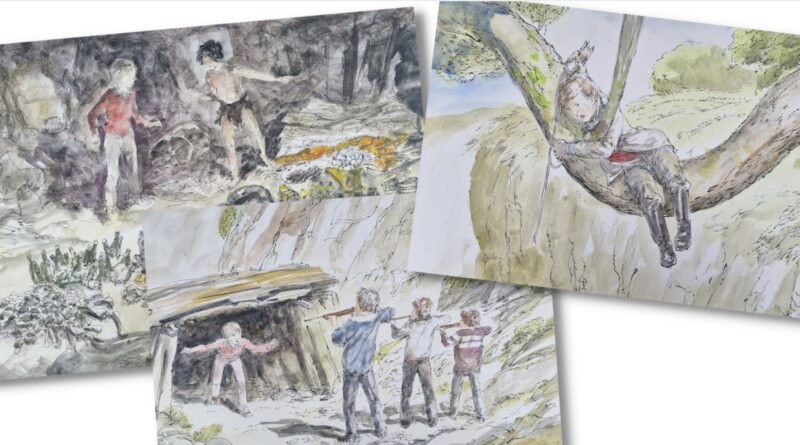 Artwork used to illustrate stories created for the legendary children’s programme Jackanory goes under the hammer in a timed online sale in Surrey on August 22.

Ewbank’s is to sell more than 1,200 original works by Gareth Floyd (b.1937) whose illustrations appeared alongside the narrators of five well-known children’s books in the 1980s. 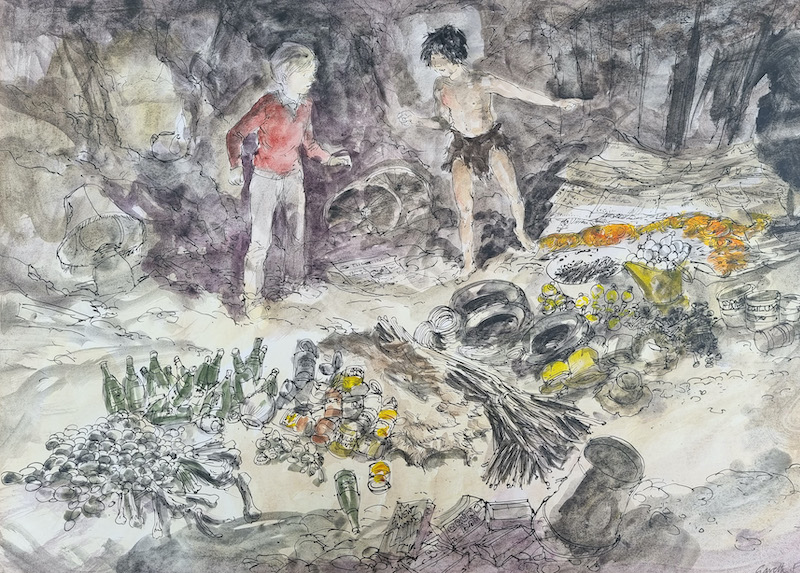 The set is made up of five different stories each of which was broadcast over five days. The illustrations from each book will be divided into five lots – matching the broadcast day. Each lot of 10 to 15 pictures is estimated at around £150, with some 100 lots in total.

The five stories represented are Stig of the Dump by Clive King, The Otterbury Incident by Cecil Day Lewis, The Ghost of Tomas Kempe by Penelope Lively and Dunkirk The Dolphin Crossing by Jill Paton Walsh. 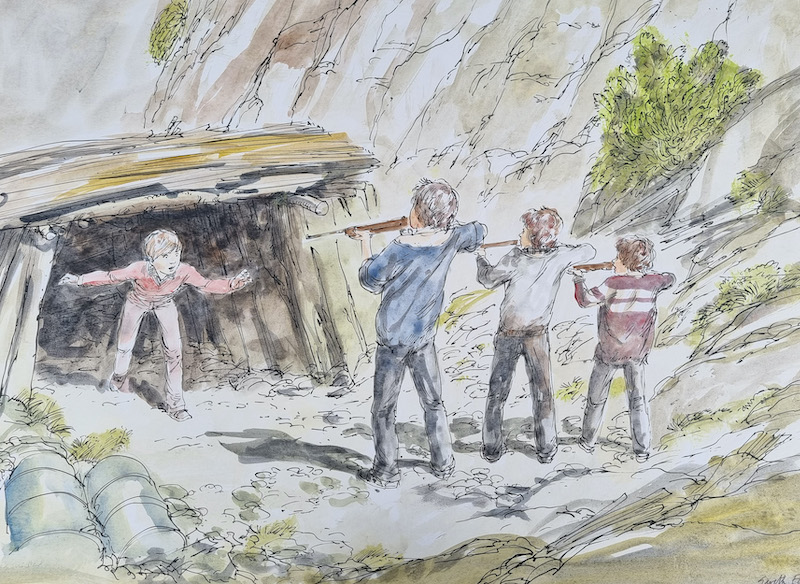 Floyd, who spent 15 years on the show, consigned the numerous ink and watercolour on boards for the timed sale on August 22 himself. Each measures roughly between 40 and 55cm in width.

Ewbanks senior partner Chris Ewbank said: “This will be an unprecedented sale, with artwork from one of the most iconic children’s TV series ever broadcast. As such, it provides a unique opportunity for fans to recapture a piece of their childhood by acquiring what are some very good illustrations from a truly talented artist.” 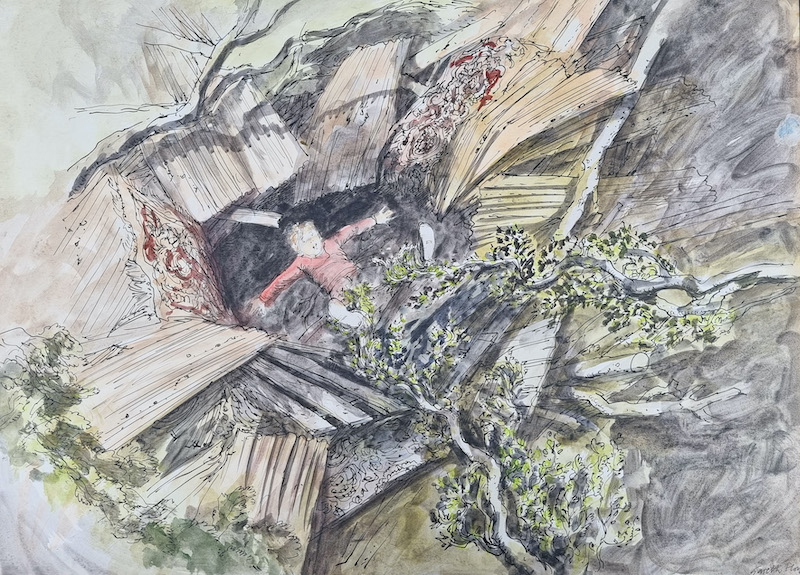 Jackanory remains an iconic children’s TV series for those who grew up in the 1960s, ’70s, ’80s and ’90s. As well as the stories themselves, it was the memorable performances from actors like Rik Mayall, Bernard Cribbins, Margaret Rutherford, Victoria Wood, Martin Jarvis and Kenneth Williams that enchanted viewers and drew them into reading. 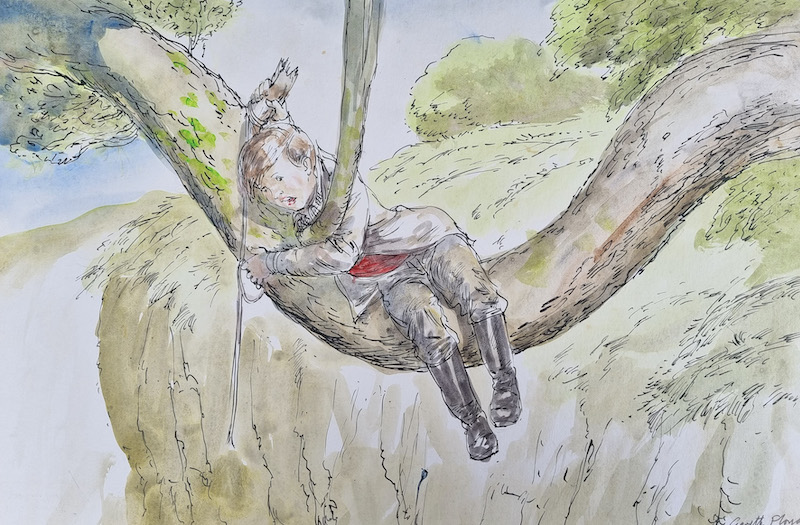 Floyd’s illustration from Stig of the Dump storyboard the story of young Barney who falls over the cliff edge of an old chalk pit and tumbles into a den. While exploring the midden, Barney encounters its owner, Stig, a caveman with shaggy, black hair and bright black eyes. The story charts the pair’s adventures as they repair the den, collect firewood and go hunting.