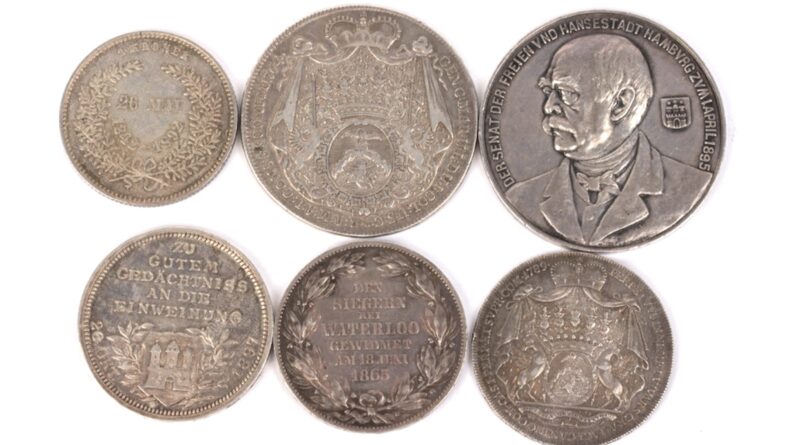 A set of German coins and medallions was one of the best performing lots at a recent sale in Oxfordshire, selling for almost five times its pre-sale estimate of £120. 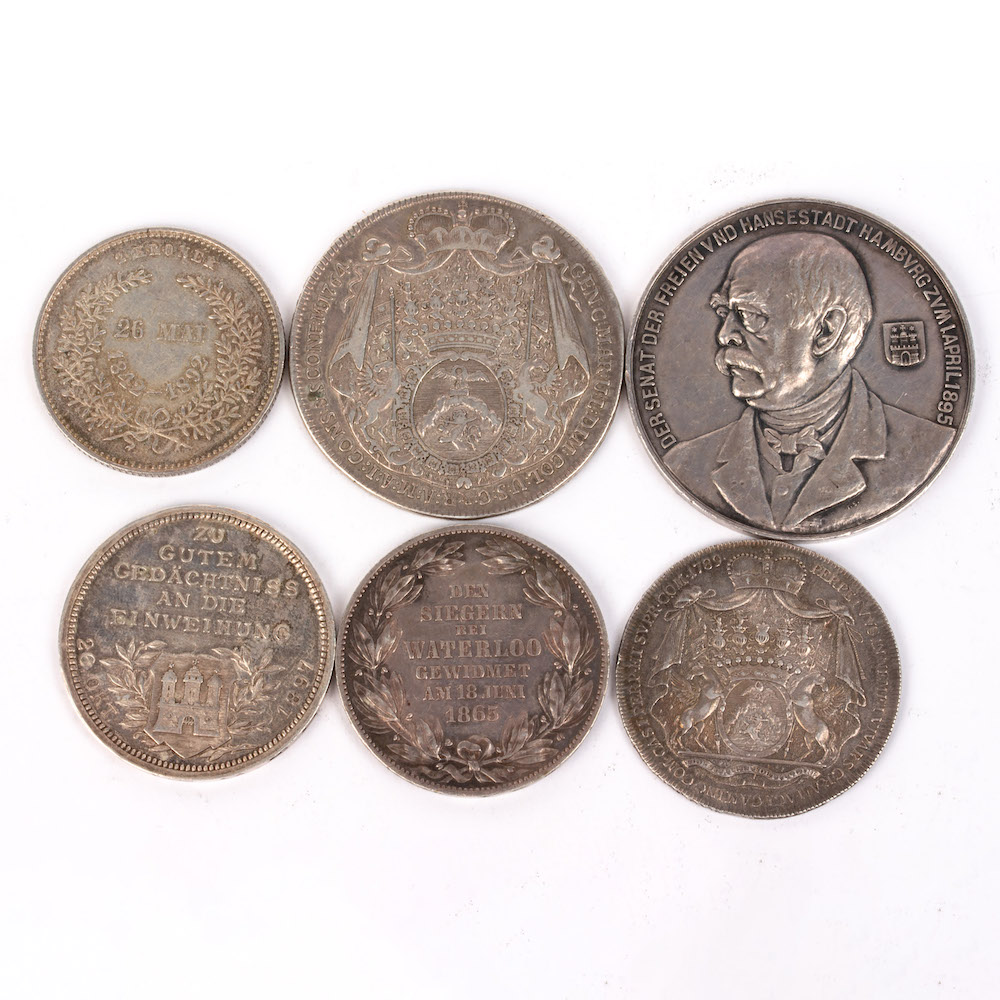 Glassware also proved popular, with a 17cm-high Whitefriars kingfisher blue “TV” vase selling for £240, and a selection of antique and later glassware achieving £400, both lots going to online bidders. 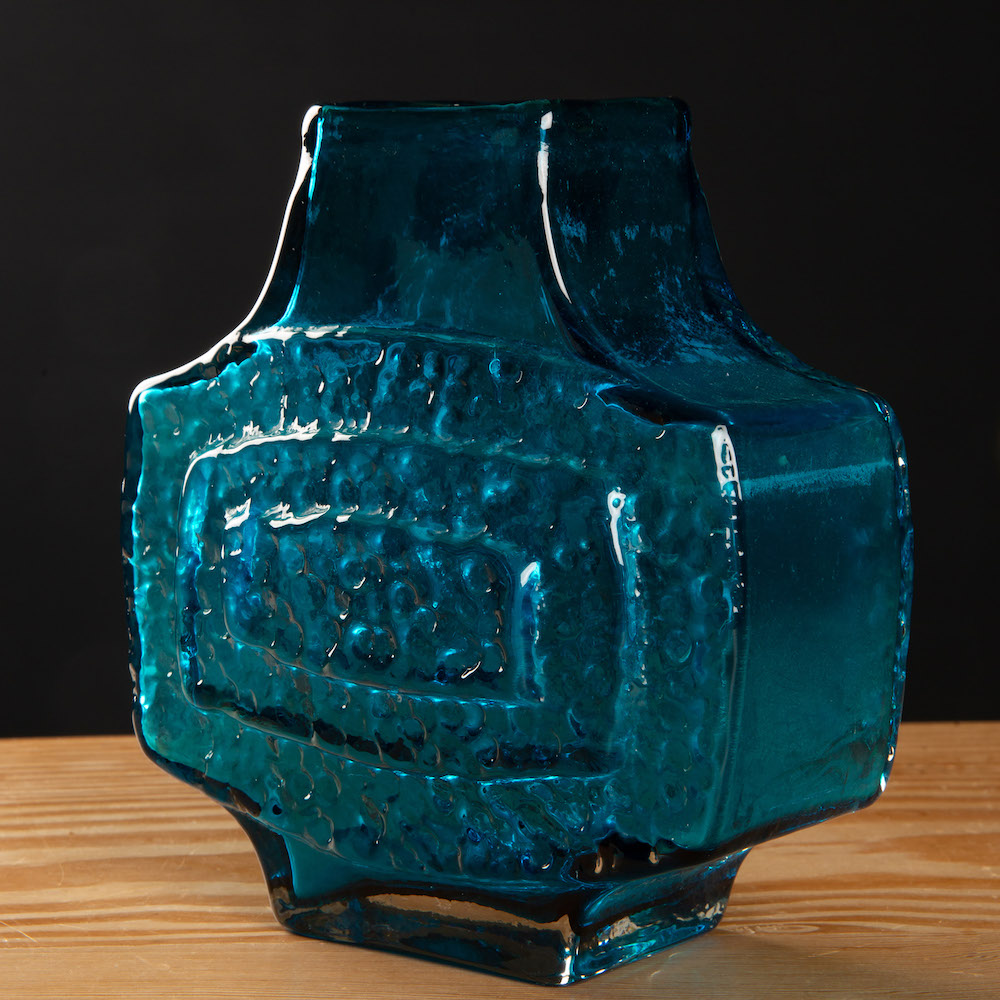 Royal Worcester is one of the oldest English porcelain brands still manufacturing today, dating back to 1751, although production in Worcester itself ceased in 2009. It was no surprise then that a pair of Royal Worcester vases with flared rims and hand-painted fruit decoration by Royal Worcester artist George Moseley – attracted a number of interested bidders who pushed the hammer price to £320.

A phone bidder placed the winning bid on a 19th-century carved mahogany open armchair featuring a pierced splat back, scrolling arms and an upholstered seat. Estimated at £50-£80, some competitive bidding saw the price pushed ever upwards, with the final bid of £450 securing the lot. 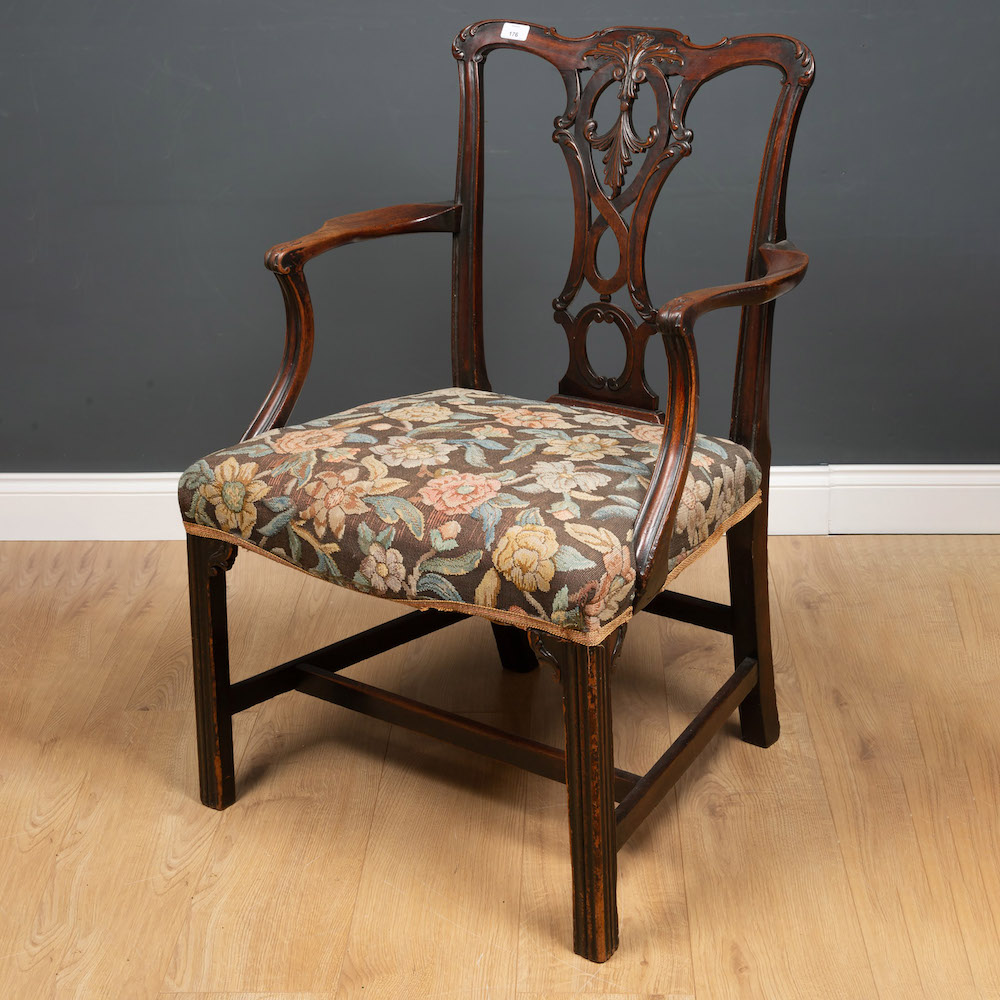 A late Victorian walnut and leather upholstered armchair with scrolling arms was also highly contested with the hammer falling at £450, 50% above top estimate, selling to a commission bidder. 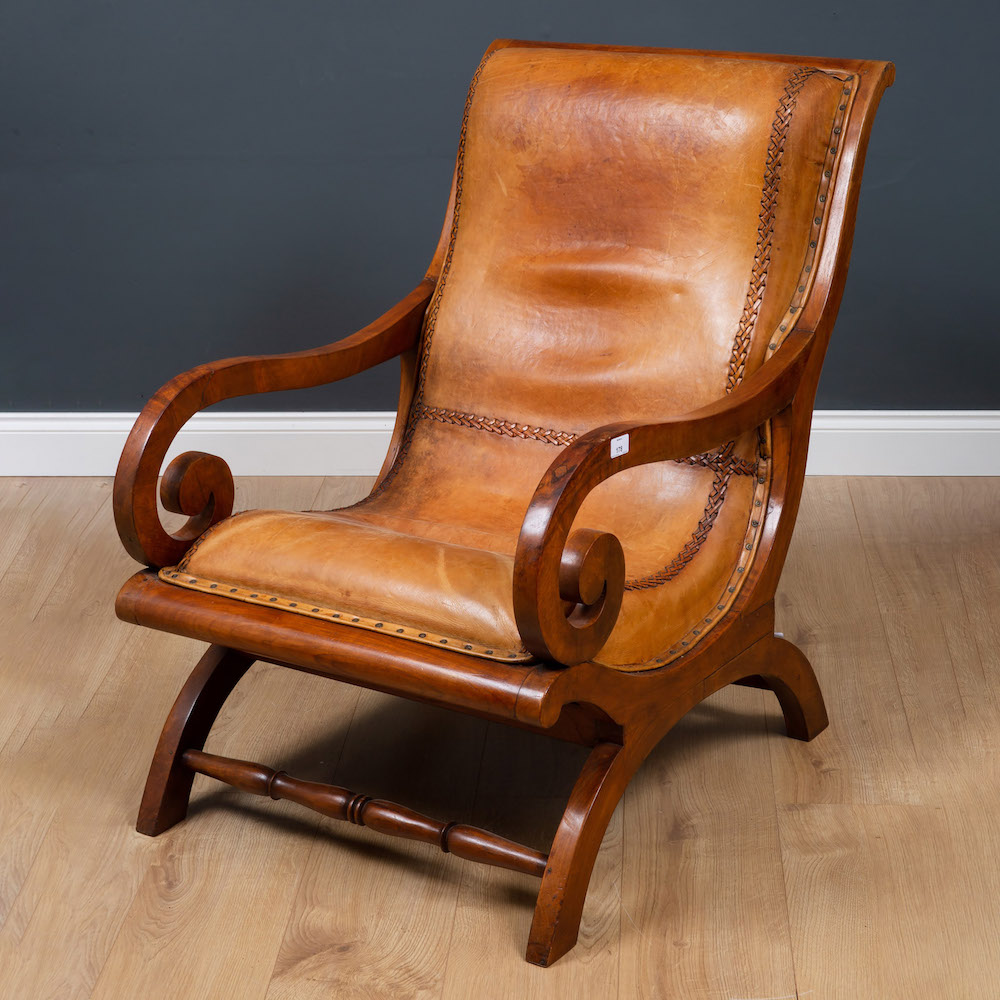 One of the largest items of furniture in the sale was a 19th-century country house Irish linen cupboard. Painted in white and featuring ten drawers with four panelled doors above, it stood at an impressive 2.4m high and sold to an online bidder for £1800, slightly below top estimate. 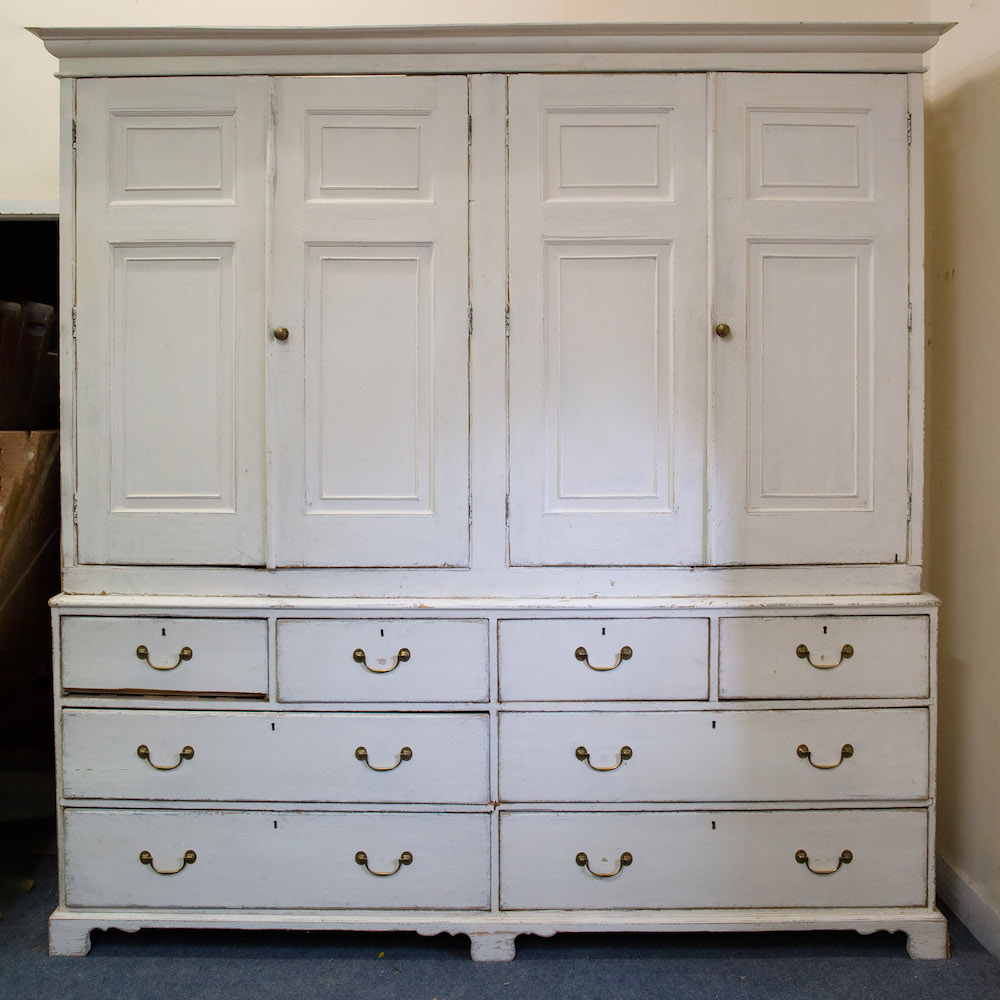 A set of ten rosewood chairs by Swedish manufacturers, Svegards Markaryd, also performed well, with a winning commission bid of £450.

Elsewhere, a 19th-century snooker cue stand, a Stevens & Sons scoreboard and a snooker board case with two glazed doors, all made from mahogany, estimated at £50-£150, achieved a winning bid of £160 from an online bidder. 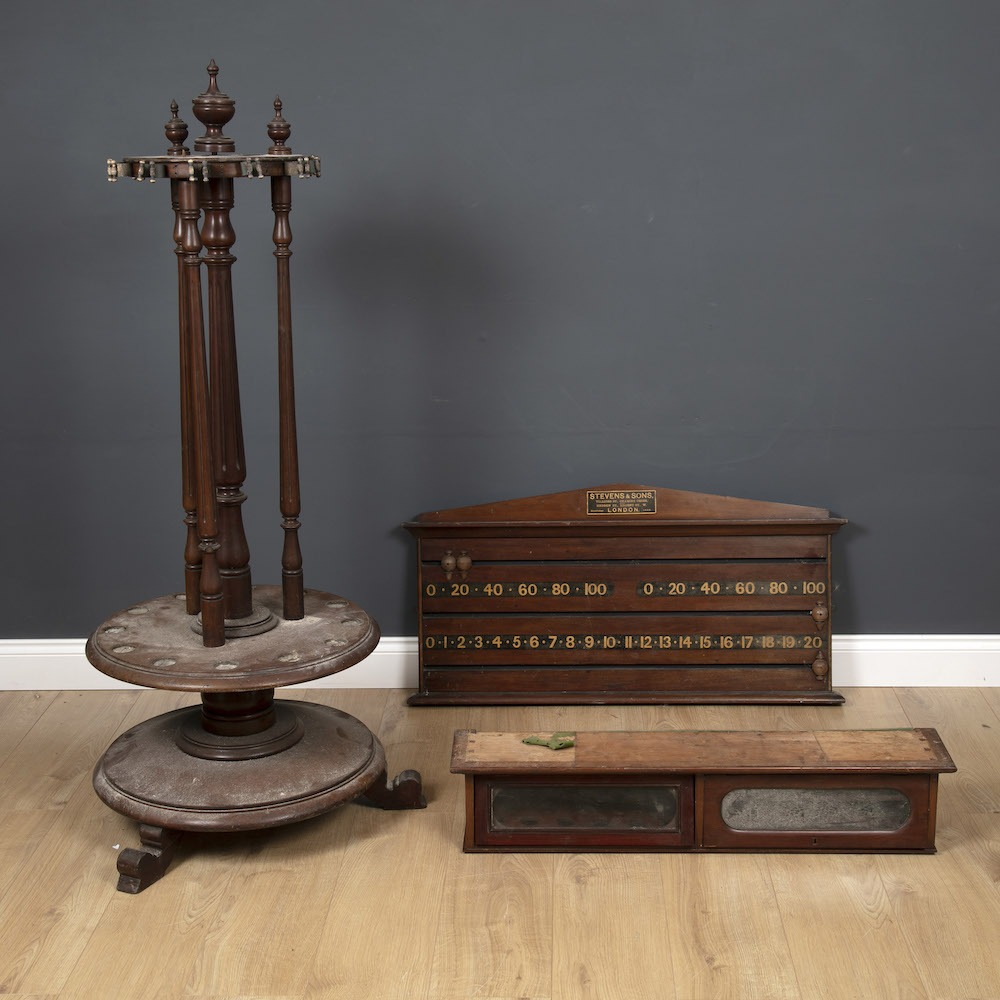