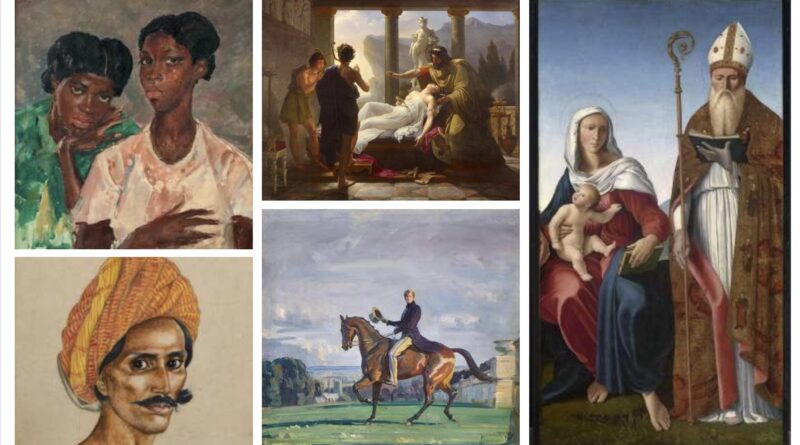 London Art Week Summer (LAW) 2022 takes place from July 3 to 8 in galleries around London and on its digital platform.

This year LAW has adopted a theme of Music and Dance, following on from Revolution and Renewal in 2021, to be celebrated in an exhibition on the LAW Digital website. Each participant is invited to offer a work in their discipline to reflect this theme, in addition to the ten works they can display online. The theme will continue in the form of an events programme and in the galleries participating in the event. 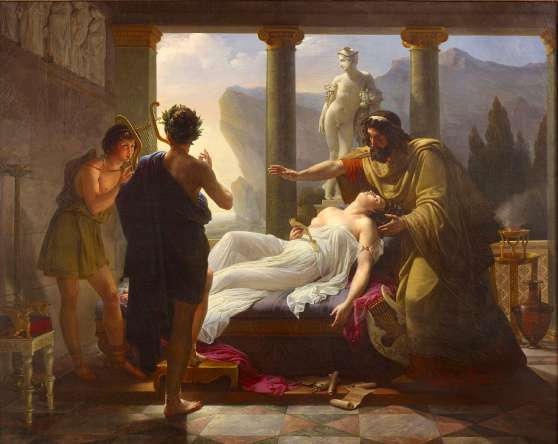 Regular LAW exhibitors are joined by new exhibitor Miles Wynn Cato and returning exhibitors Moretti, Rountree Tryon and Stuart Lochhead Sculpture. Highlight works in the LAW Digital Music and Dance exhibition will be a preliminary drawing for one 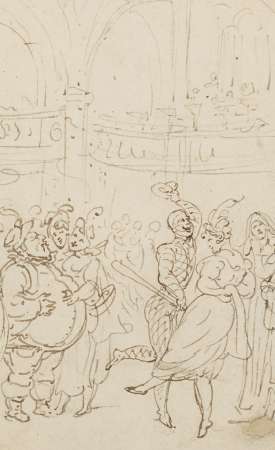 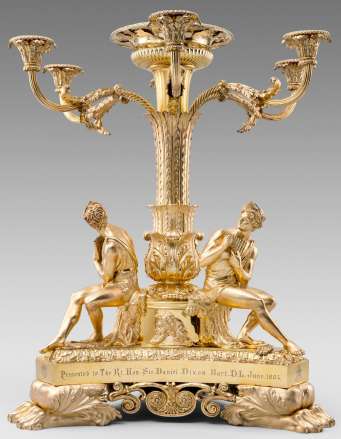 of Thomas Rowlandson’s (1756-1827) 26 illustrations to William Combe’s ‘The Dance of Life‘ (published 1817) at Guy Peppiatt Fine Art, and at Daniel Katz Gallery, a magnificent painting of Sappho recalled to life by the charm of music by Merry-Joseph Blondel (1781-1853), dated 1828. A monumental early 19th-century six-light candelabrum centrepiece with a piping satyr, made by Paul Storr (1771-1844), will take centre stage at Koopman Rare Art.

A special performance by the Philharmonia Orchestra on Sunday July 3 in Cromwell Place’s Lavery Studio will start the programming for the week. This is part of LAW’s renewed partnership with Cromwell Place, the art hub in South Kensington where one of LAW’s new exhibitors, Miles Wynn Cato, will be showing British Art Rediscovered: Unseen Pictures, Untold Stories. This extraordinary exhibition, composed entirely of discoveries and rediscoveries
in the field of 17th and 18th-century British art. Built around a group of five paintings and drawings by Thomas Gainsborough, other artists include Angelica Kauffmann, Thomas Jones, Joseph Wright of Derby and Thomas Lawrence. Of the seven portraits and seven landscapes, eleven were previously completely unrecorded, one had been known only from a print and two had been lost for decades. Among them are pictures of historical significance, painterly brilliance and simple beauty, each exhaustively researched for this unique London Art Week exhibition at Cromwell Place.

Drawings from 1800 to 1950 will be complemented by an array of the finest Old Master and Ancient masterworks at Colnaghi. The drawings exhibition is a collaboration between Colnaghi and Elliott Fine Art. Among the works is an arresting portrait by Magda Nachman which is one of the first by the artist to appear on the international market. She was born in St. Petersburg in 1889 of Jewish parents and married the Indian communist leader M.P.T. Acharya in 1920; disillusioned by the Revolution they moved to Berlin in 1922, then left Nazi Germany for Bombay. Nachman’s work is largely inaccessible to 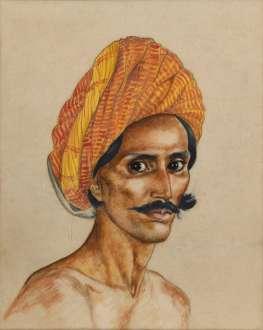 the wider world, with most known works housed in Russian state museums or in private, primarily Indian, collections. Man in a Turban, from 1936, is one of her earliest known Indian portraits.

Stuart Lochhead Sculpture, returning to LAW, will be showing works by Spanish contemporary artists, twin brothers Josep and Pere Santilari (b. 1959). The exhibition Masters of Realism: Vanitas, Kunstkammer & Still Lifes, their first in the UK, will present recent works with an emphasis on drawings. There will be a group of superb Vanitas subjects, alongside a selection of floral still lifes (both paintings and drawings), as well as a group of drawings inspired by the theme of the Kunstkammer, or cabinet of wonders, which signals a new direction for the artists. These tie in perfectly with the exquisite objects which will also be on view in the gallery by Georg Laue, Kunstkammer Ltd, exhibiting again in person for the first time since 2019.

Stephen Ongpin Fine Art’s Summer Exhibition will celebrate 18th century Venice, with their exhibition Settecento Veneto: Venetian Drawings of the Eighteenth Century. The exhibition, and its accompanying catalogue, will include 47 drawings by 18 of the finest Venetian draughtsmen of the period, 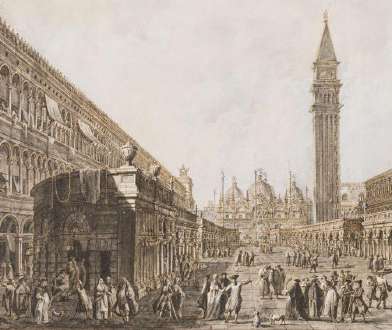 Exceptional works for sale span the medieval to the modern: A magnificent painting of the Madonna and Child with a Bishop Saint by Parma artist Francesco Marmitta (1464-1505), painted towards the end of his career, will be on view at Brun Fine Art. 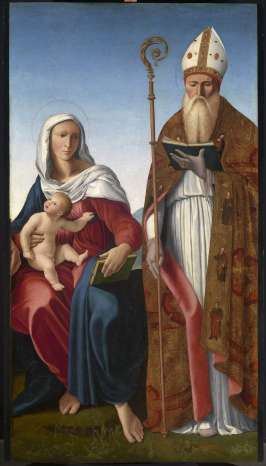 A portrait by Hieronimo Custodis (fl.1585-1593) of an Elizabethan courtier, possibly Sir Thomas Drake of Buckland Abbey, Yelverton dating to circa 1590 at The Weiss Gallery. Inscribed in the upper left on the oil on panel ‘Fatto a tempo’ [made in time], it is believed to have been commissioned by the sitter, descending through the family until 1876 and is now coming to the market from a private collection in Ireland.

Tomasso will have a wonderful bronze of Il Porcellino (The Wild Boar), based on the famous ancient marble excavated in Rome in the mid-16th century, which made its way to Florence and led to many artists making casts of it. Since then it has been admired for its naturalism and artistic quality, and was historically associated with the legend of the Calydonian Boar killed by the young hero Meleager. This one by Giovanni Francesco Susini (1585-c.1653) was made in Florence in the first half of the 17th century and is an exquisitely cast small-scale model of the celebrated antiquity.

During LAW, Christie’s will have an expansive watercolour by Giovanni Battista Lusieri (1755-1821) on view which depicts A Panoramic view of Rome from the Aventine Hill towards the South and is estimated at £200,000 – £300,000.

Patrick Bourne & Co will be showing a 1906 landscape by Sir William Nicholson (1872-1949) from his Littlehampton series. The world he recorded comprised meadows, skies and ships in the harbour. Works from this series are hidden masterpieces and mark the beginning of his modern landscapes. 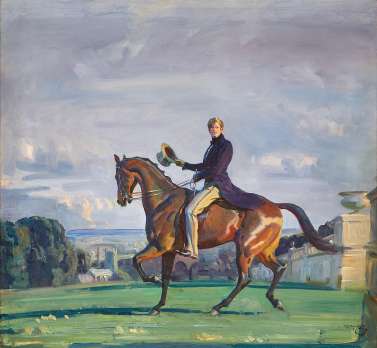 Abbott & Holder will be exhibiting an excellent watercolour by Gwen John (1876-1939) of Worshippers in the Church at Meudon, circa 1920. The artist moved to Meudon just outside Paris to be close to Auguste Rodin, for whom she had modelled and had an affair with. When their relationship deteriorated, she turned to the Catholic Church for comfort and started a series of portraits of local churchgoers and nuns. 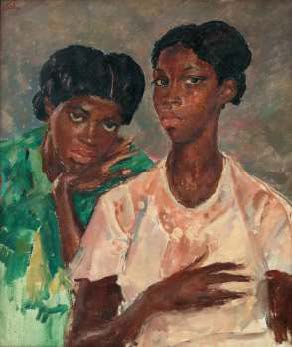 Rountree Tryon, another returning LAW exhibitor, will be showing the Portrait of Robert ‘Bobby’ Gould Shaw III on horseback in the grounds of Cliveden by Sir Alfred James Munnings, P.R.A., R.W.S. (1878-1959). The sitter, Nancy Astor’s eldest child from her first marriage, was an accomplished horseman and the painting captures the essence of elegance and grandeur of life for the English aristocracy in the years before the Second World War. Although the family commissioned the portrait, it remained in Munnings’ studio as Gould Shaw was jailed for homosexuality in 1931; it was later acquired by American heiress Mrs Cynthia Cary for her home in Newport, Rhode Island.

Philip Mould & Company is showing a portrait by Gwen’s brother Augustus Edwin John (1878-1961). The Sisters dates to 1937, and a recently resurfaced photograph album illustrating the John family’s visit to Jamaica has shed new light on the sitters.