Letters penned by Rolling Stones hellraiser Brian Jones to a young fan in the 1960s are to be sold by Essex auctioneers Sworders next month. 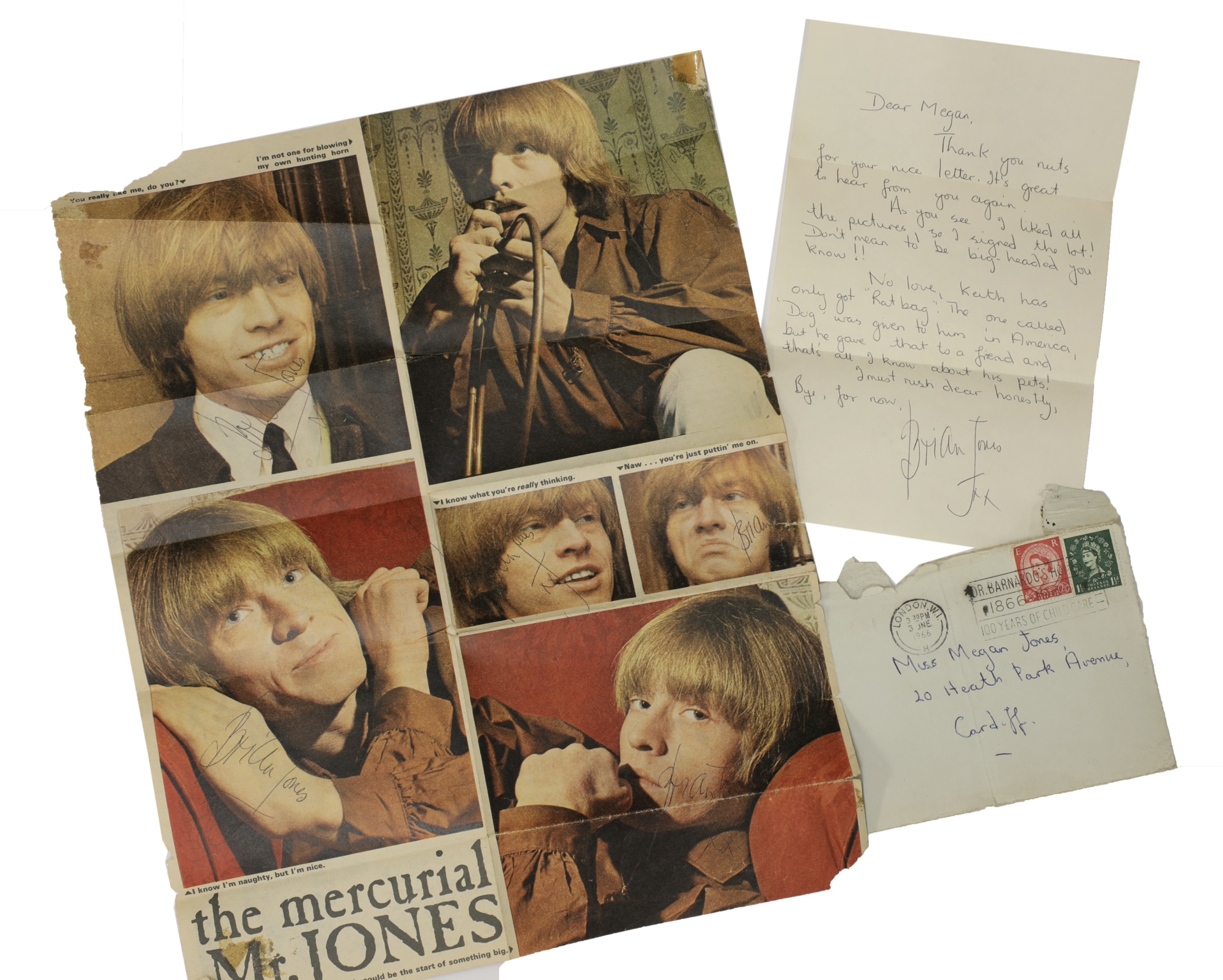 In one of the five letters to welsh boarding school pupil Megan Jones the guitarist jokes that Mick Jagger did not want fans to buy him any more yellow socks. He wrote that singer Jagger “had enough to fit up the British Army”.

In another of the letters Brian Jones refers to a 1966 hand injury which meant he could not tour, but tells Megan to go to see “the rest of the boys”. 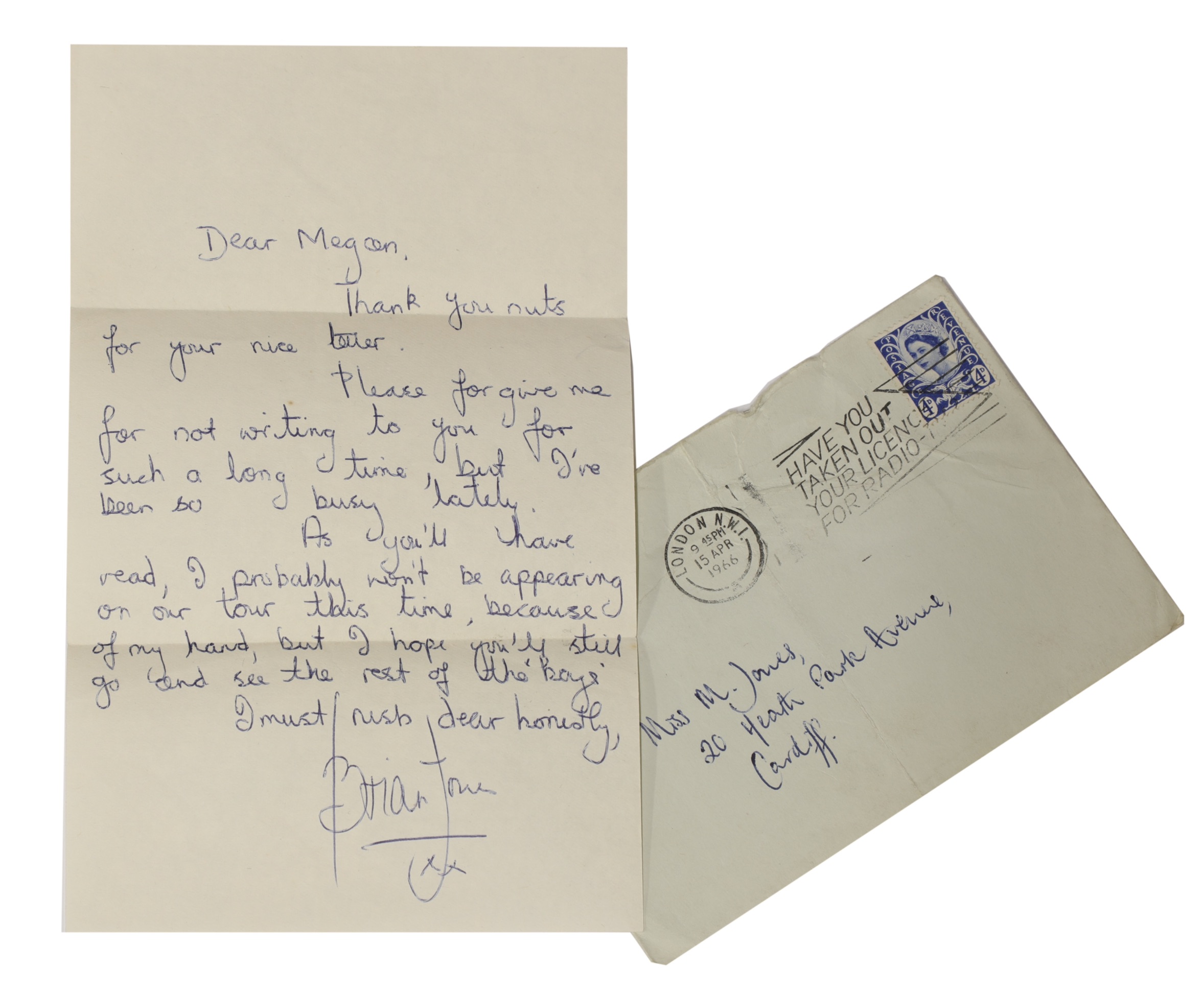 Brian Jones is a key figure in the early story of the Rolling Stones and his untimely death has only added to his mystique. He was a prolific letter writer to his young fans, often responding to questions with unusually detailed and specific answers, said John Black, head of Design auctions at Sworders.