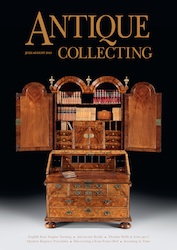 In February this year I wrote that official economic statistics are notoriously inaccurate. Half a percent either way can be revised soon after the announcement of results, so that critically important growth or decline can be reversed quite rapidly, after media fervour has abated. In a replay of the fraught figures of the Wilson Government, there has already been a revision to last year’s double-dip recession numbers. It is said that things were not quite as bad as reported. What that augers for the positive growth of 0.3 percent claimed for the first quarter of this year is quite another matter; a confirmation has been issued but there may be a revision by the end of the year. That these changes occur regularly is intolerable; it really should be possible to produce figures that are reliable first time off.

In the meantime the demise of the dining room, which has affected the antique furniture business significantly, moved into further travails with a survey for the shopping site NetVoucherCodes. This revealed that nearly a third of Britons eat at a dining table only a few times a year. A mere five percent of those polled said that they eat at the kitchen or dining table for every meal. Thirteen percent said that they eat at least one meal a day there, and four percent said they never eat any meals at table. Three percent said they didn’t even own one. The hurried pace of life was given as one reason, with many eating the midday meal at their desks. Takeaways or ready meals eaten in front of the TV are another option. It was not established how many had dropped the dining room altogether in favour of the kitchen.

By contrast, the family Sunday lunch survives quite strongly, with Mintel research stating that eight out of ten of us still sit down for a Sunday roast. The lunch has moved its timing though, getting later and later in the day. Half those surveyed didn’t sit down to it until after 4.30pm. The average time it is eaten is 5.45pm, except in London, when it is almost an hour later, which hardly qualifies as lunch. Presumably the extraordinary eating hours are because other activities on Sunday require time to bekept open for them. A lunch in the middle of the day would get in the way. The family Sunday lunch, at whatever time it occurs, must require a table surface of some sort, unless it too is eaten casually from plates balanced on laps. Whatever arrangement is made, the change in eating habits has affected prices of sets of dining chairs and formal tables drastically.

All this has happened at a time when the cooking and presentation of food is a major preoccupation of numerous TV programmes, suggesting that eating at table should be more popular, not less. The profusion of culinary programmes parallels those on antiques at a time of decline, which lends credence to the old adage that once the media pick up a topic or activity and you start to see a thing frequently on TV, you know that for you it is all over. Antiques are not all over any more than eating, but the collecting of them has changed in significant ways, like the time of Sunday lunch. Knowledge has increased, imposing higher standards on artefacts collected, in the same way that the appreciation of food has improved. To eat well in England it is no longer necessary to consume three breakfasts a day. But fashions wax and wane quite rapidly. This is not unusual; over the last 40-50 years we have seen Victorian buttonback armchairs on cabriole legs go from under £10 each unrestored to £1800 in reupholstered showroom condition, then back down to £500 or below. They are currently somewhat out of fashion, rather like eating at table, you might say. Right now the odds on both or either making a comeback are fairly long, but not impossible. I wouldn’t bet on a recovery in the short term, even though I still possess a Victorian buttonback armchair on cabriole legs and mostly sit at table to eat, including Sunday lunch – at about one o’clock. Which partly defines an antique collector, I suppose. From some time ago.