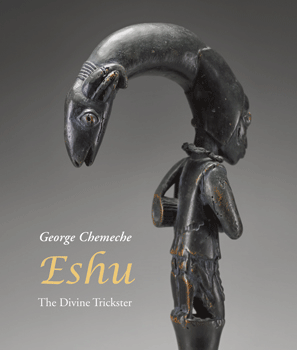 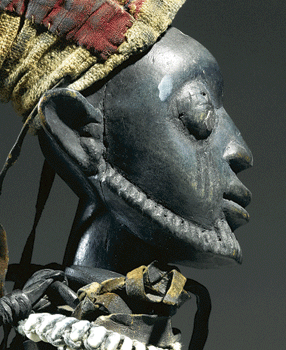 This is a fully illustrated book about the spread of West African pagan imagin­a­tion and its artistic expression. The Yoruba of Nigeria created Eshu, a worshipful messenger god and spirit of mischievous tricks who paradoxically also protected travellers, particularly at cross­roads, and the rule of order. The sculptures that depicted him as a priapic figure, with much phallic symbolism, led to the denunciation (by Christian authorities) of the worship of him as a demonic act. How­ever, the association of Eshu with magical and sacrificial practices, along with inventive poetic legends about his devilish yet just behaviour, made him a cult figure. Black slaves took a variety of forms of him to Brazil, where he became an icon amongst practitioners of Can­domblé; similarly, Haiti and Cuba created shrines and depictions of Eshu from their own imagination. The power of this con­ceptual trickster god amongst African peoples and the influence on their art is set out on these pages. He is often identified by the number three and red and black colours. The name changes in different regions and there are parallels in other cultures.

The different visual forms of Eshu are illustrated in beguiling and dramatic images that accompany essays by the author, Donald J. Cosentino and Vagner Gonçalves da Silva. It is an account of gods and myths being

refashioned by culture and history as they spread. The selection of dramatic imagery is arresting. The combination of religion, superstition, iconography, sexual symbolism and independent folk art produces sculpture and carnivalistic assemblies that are brilliantly organised. The pictures of African sculptures representing Eshu have the major role and provide the memory with indelible pictures. The author, an expert on tribal art, is to be congratulated on another remarkable book

Eshu: The Divine Trickster by George Chemeche
Published by ACC
Available now for £65

One thought on “Book Review – Eshu: The Divine Trickster”