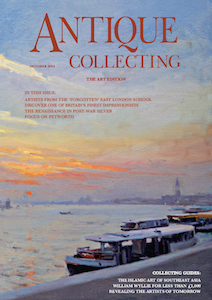 The late Ian Fleming, creator of James Bond, collected first editions and manuscripts of social and technical importance – ‘books that made things happen’ – with the help of the dealer Percy Muir of Elkin Mathews. It was an appealing idea in which he invested time and money, but recently it came indirectly under fire from Germaine Greer. In an interview with Howard Jacobson in one of his TV programmes on four Australian intellectuals in England, Jacobson was admiring Greer’s book, The Female Eunuch. He said it was an impressive and original stimulus to feminist thinking, a landmark initiating new attitudes and thus, though he did not mention it, qualifying as a book that would have met Fleming’s criterion of making things happen.

No, replied Germaine Greer positively, books do not make things happen. Things happen and they lead to a book or books being produced. This modest disclaimer of hers asserts that opinion or attitudes are already in motion before a book defining change and expressing it in acceptable terms becomes an icon. When Robert Hughes, Clive James, Barry Humphries and Germaine Greer arrived here, the country was ripe for rebellion against the layered class system and entrenched interests that prevailed. The long-historical perspective we tended to take meant nothing to them, even though there was still a residual British cultural presence in Australia. Their influence and blunt, colourful language in addition to our home-grown post-1945 iconoclasm was such that the prevailing critical reticence was torpedoed.

Perhaps the current freethinking attitude to design, decoration and interior arrangements owes something to the Aussie attitude as well. Unless, as Germaine Greer suggested, we were heading for big changes anyway and the media just confirmed the transformation rather than instigating it. In antiques, as in so many things, the reaction to artefacts and furnishings has become immediate, objective, without the previous back-reference to social standing and tradition that requires time and study to develop. Décor no longer bends the knee in almost religious obeisance to traditional ideas of taste and class acceptance. It is eclectic, blending tradition and modernism as desired.

Fleming’s collection led to his becoming owner-publisher of a scholarly quarterly magazine, Book Collector. This gave the popular author cachet as an intellectual, if not as a businessman – the magazine lost money and was used as a tax palliative. His collection included a first edition of Darwin’s book, Origin of Species, which on publication was a cause of intense mental upheaval, making it tempting to assign to the category of ‘books that made things happen’. Viewed from our long perspective, however, it fits into a comprehensible progression. Its content would eventually have come to publication by another route. The knowledge of parallel research led Darwin, after a long hesitance, to publish his findings.

Similar developments apply to once-prevalent attitudes to antique collecting. To use John Fiske of the New England Antiques Journal’s excellent description in a recent article bewailing the incredible rise of designer handbag prices, particularly Hermes Birkins, as against the fall of oak furniture, why should we have thought that antiques would always be the leading totems-of-wealth and bestowers-of-status?  And that they would inevitably increase in value? Changes in society and lifestyle have had effects unforeseen by collectors, especially in furnishing with antiques. It was some time ago that we first aired this subject and it did not need a Darwin to arrest our attention; the facts spoke for themselves. Happily, we can continue to collect without remorse or recrimination. Fleming’s books and manuscripts, milestones on the road to where we are now, would still attract acquisition for reasons Germaine Greer has qualified for us. (The Darwin volume would cost nearly £100,000 now.) As Andrew Singleton pointed out last month, in the last decade antiques have suffered price readjustments in many different sectors and modest signs of recovery are welcome. The stimulus comes, however, not from previous concepts of interior décor, totems and status. We are not going back to where we were; the pattern of collecting and furnishing is responding to forms of natural selection as well.