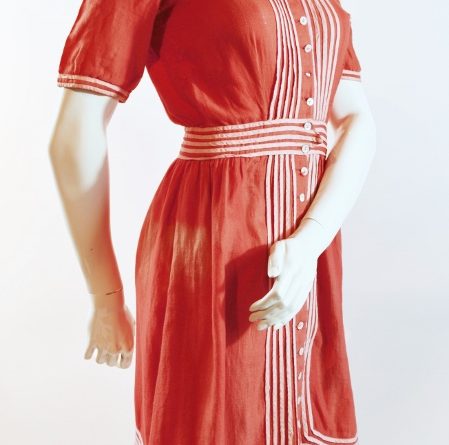 Antique Collecting goes behind the scenes at a new exhibition exploring more than 100 years of swimwear from the English seaside to the Côte d’Azur. Rivera Style Resort and Swimwear since 1900 runs at London’s Fashion and Textile Museum from now until the end of August.

From Edwardian bathing dresses and knitted swimsuits to a 21st-century burkini, Riviera Style at the Fashion and Textile Museum in London brings together more than 100 years of clothing worn in and by the sea. 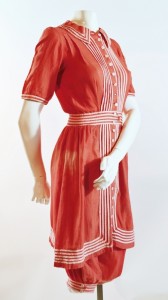 Using costumes from private collections, fashion magazines and trade journals, the exhibition also sheds new light on the relationship between swimwear and social attitudes towards the body.

Guest curator and design historian Dr Christine Boydell said: “‘Days at the beach began as a health cure when sea air was prescribed by doctors in the Victorian era. Before the 1920s swimming costumes were for bathing.”

The trend for sunbathing, which emerged in the 30s, led to a radical change in the design of swimsuits and beach attire. By the start of the decade men’s and women’s suits had cut away sections and later two-piece models became popular.

Dr Boydell said: “In the 1940s, swimwear became more like corsetry and a lot of companies, particularly Symington, used the idea of “corset-cut” as a selling point.”

As well as charting social mores over the last century, the exhibition will look at how fabric development influenced swimwear design – allowing it to move on from the sagging of previous decades to the sleekness of barely-there lycra. 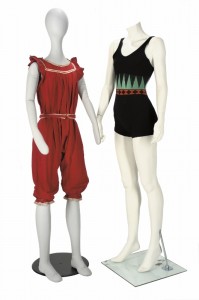 Bathing became a recreational pastime in the mid-19th century and specialised dress was all about preserving the wearer’s modesty. Resort wear was quite formal and the only difference from ordinary fashion was the use of

lighter fabrics often in paler colours. Early swimwear was knitted; men wore one-piece garments designed to cover their chests, while women’s bathing dresses were, in the earlier days, made of serge, cotton or ...

To read the rest of this article, simply subscribe to Antique Collecting magazine.