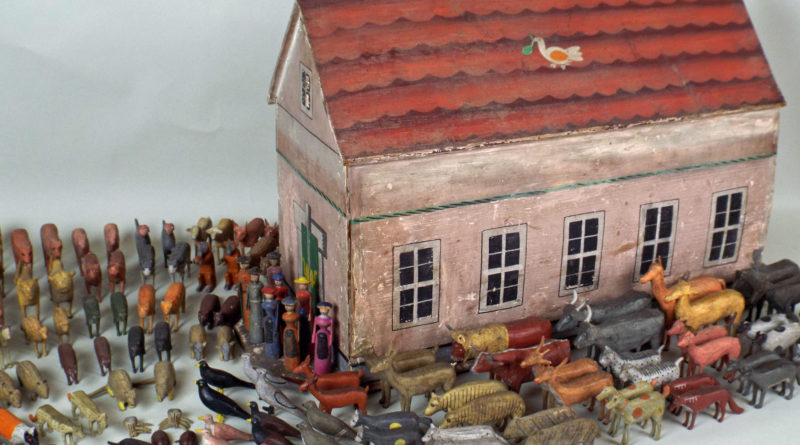 Halls auctioneers sold the ark and its attendant animals for  £1,000 at its 500-lot auction of fine furniture, European ceramics and works of art in Shrewsbury last week.

Senior auctioneer and valuer Andrew Beeston said the ark would have been made in around 1870 and complete sets in good condition were rare to find.

Other leading prices in the furniture section included £2,050 for a George III oak high dresser from a Shropshire vendor, £1,900 for a mid-19th century Welsh oak housekeeper’s cupboard, £1,800 for a Charles II oak dresser base and £1,200 for a mid-19th century Killarney walnut and marquetry pedestal occasional table, which is going home to Ireland.

Mr Beeston continued:  “The auction highlighted that mahogany and walnut are the decorative lots that hit the mark for interiors, whereas oak lots are chosen for originality and age. There is still a strong furniture market for the right things.”