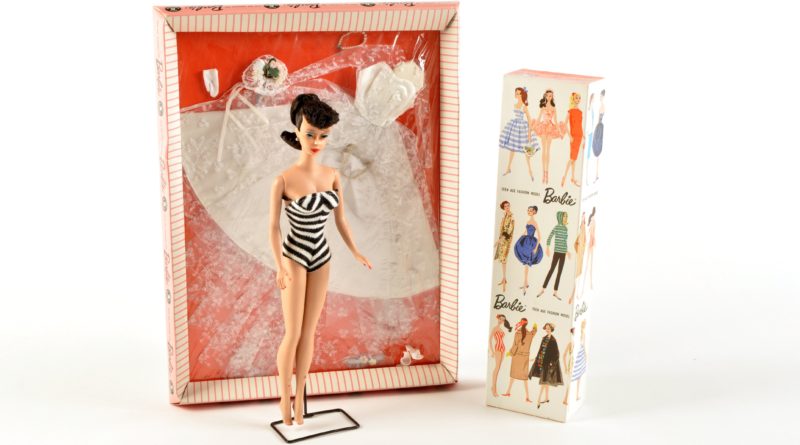 A forgotten Barbie doll which lay pristine in her original packaging in a drawer of a Northumberland hall for decades, could spark international interest when she is auctioned in Newcastle. 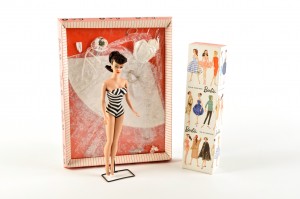 The late-1950s type three Barbie, who has a brunette ponytail and is wearing a black and white swimming costume, has never been played with. She is being sold at the Anderson & Garland Town and County Sale in Newcastle on May 6, complete with a number of unopened outfits, also still in their original packaging.

The packages are marked up with their prices in dollars and it’s believed the Barbie was originally bought in America, brought to the UK, and then simply forgotten about for almost half a century.

Lucia Bridgeman, from Fallodon Hall near Alnwick, is putting the doll into the sale. She believes it was originally bought by her husband Mark’s great-grandmother, who hailed from Connecticut on the East Coast of the US.

She said: “I wondered whether the plan was to stock up for a future great-granddaughter.

“While a great-grandson arrived in 1969 and great-granddaughters in 1969 and 1971, I think the Barbie was forgotten about. She was put away in a drawer and found 45 years later.”

The brunette Barbie was found with a further set of two outfits which Mrs Bridgeman has decided to keep.

She said: “I’m framing them and will display them on the wall because they are so lovely and delicate. I appreciate the absolutely exquisite details in the costumes.

“I think they’re works of art now, they are history, they are fashion archives – they are beyond toys to be played with, they are so character-full.

“I think the Barbie is heaven but I don’t have the place to show her off. Unfortunately my husband doesn’t share my fascination and I have three boys and tom-boy daughter, so I think someone else will appreciate her more.”

The Barbie and her costumes are expected to make between £700 and £1,000 when they go under the hammer, but they could sell for much more.  In March, Anderson & Garland sold a type one or two pattern Barbie, which had been played with, for an incredible £1,300. The auction attracted collectors from around the world, who conducted an online and telephone bidding war for the doll.

Anderson & Garland auctioneer, Fred Wyrley-Birch said: “Given the interest the last early Barbie we sold attracted, we are expecting a really competitive sale for this one.
“Early Barbies are incredibly collectible and people are willing to pay very high prices for them. This doll is extra special, too, as she and her clothing have never been taken out of their original packaging.”