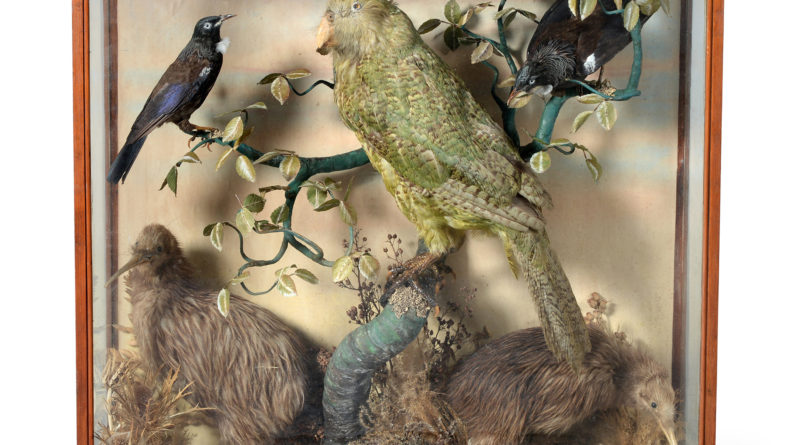 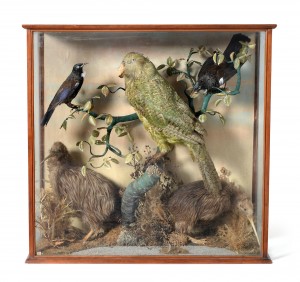 The Taxidermy & Natural History sale at Tennants Auctioneers on Friday 5 June 2015 promises to be a wild event, showcasing a weird, yet wonderful cross-section of the animal kingdom in many different forms.

From a taxidermy specimen Channel-billed Toucan, and an extensive collection of early British moths, to minerals, fossils and mammoth tusk sections, the sale of over 100 lots will attract interest from collectors, dealers, interior designers and budding ornithologists.

One exciting item is a case of taxidermy New Zealand rare birds, which includes a Kakapo, the flightless parrot which is now virtually extinct.  This unusual bird is under intensive conservation off the coast of New Zealand and with only around 120 left in existence, the sale presents an exceptional chance of seeing a taxidermy example.

The work was carried out by George Sim, Naturalist, King Street, Aberdeen, long before there was any cause for concern over the birds’ presence in the animal kingdom; this specimen case won a gold medal in the 1884 Exhibition of Industry & Art, Aberdeen and as such is a fantastic example of both the taxidermist’s work and of the virtually extinct species.