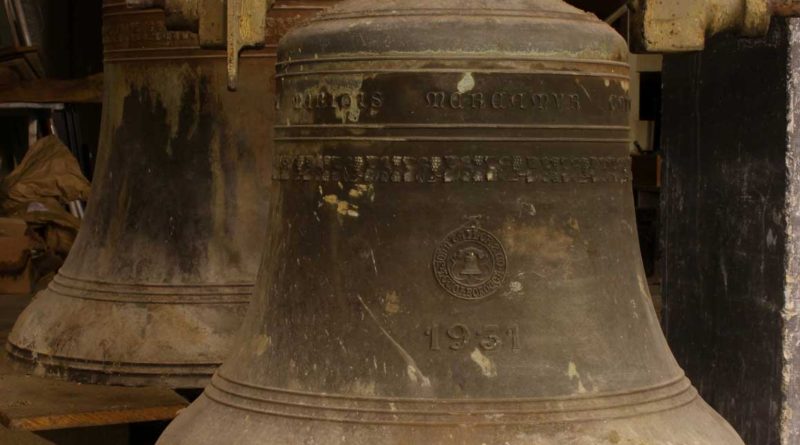 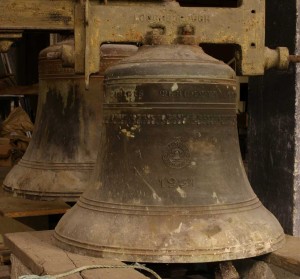 The magnificent peal of eight bells from Prinknash Abbey, Gloucestershire which were included, but not sold, in Chorley’s auction of 20th May 2015, have now been sold for £38,000. The bells were  rung at the Abbey for well over 80 years and when the community left the new Abbey and returned to St Peter’s Grange, it was not possible to re-hang the eight bells at their former home. The monks reluctantly agreed to sell, hoping the bells would find a suitable new home, rather than to see them languish in a barn.

Although disappointed that the bells failed to sell in the auction, the community were keen to further discussions with parties interested in making offers after the sale. They were delighted when a charitable organisation put forward the winning offer.

The Keltek Trust is a not-for-profit charity and their banner headline – Helping churches acquire surplus and/or redundant bells to be hung for English-style full-circle bell-ringing – sums up why the monks at Prinknash are so pleased that their bells’ future is now secured.

For centuries churches have augmented  their peal of bells or installed a peal of bells. Most bells are newly cast, but an increasing number are “recycled” from other churches or, in this case, a monastery. The Keltek Trust helps churches acquire surplus or redundant bells which will be hung for English-style bell-ringing and soon the Prinknash Peal, with their beautiful harmonic tone, will toll again.