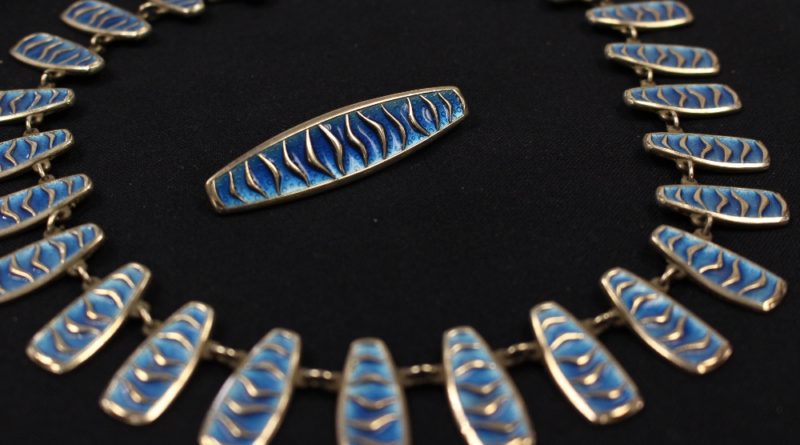 Hansons Auctioneers has announced that it has an extraordinary collection of mid-century Scandinavian jewellery consigned to their Decorative Arts auction to be held on Monday 22nd June.

Outstanding examples of Norwegian enamelled silver, rarely seen in this country, are included in the sale of this extensive private collection

Iconic pieces by ground-breaking designers such as Bjorn Sigurd Ostern, Willy Winnaess and Marianne Berg for Norway’s foremost silversmiths, David Andersen, feature in the sale, as do examples by highly sought after craftswomen Tone Vigeland and Anna Greta Eker. In addition there will be an opportunity to acquire a rare and important 1950s brooch by Grete Prytz Kittelsen, known as ‘The Queen of Scandinavian Design’.

These pieces exemplify both the radical and forward thinking designs of this period of Norwegian jewellery, combined with an unparalleled level of craftsmanship.

The auction will also feature examples by early 20th century silversmith Marius Hammer, whose work is highly regarded and considered to be amongst the most accomplished in this field. Also included will be works by his apprentice Einar Modahl, whose colourful, modernist designs of the 1950s, 60s and 70s break from his masters more traditional approach, whilst maintaining his exceptionally high production standards. Unfortunately by the end of the 1970s, the golden age was over and production of the pieces which form this collection waned due to extremely high production costs. As a result this level of design and craftsmanship is unlikely to be seen again.

Hansons said, “This jewellery represents an opportunity to invest in items of lasting beauty and rarity. The varied and vibrant colours of the enamels, the attention to minute detail and consummate production skills set these pieces apart and ensure that they will always be amongst the most desirable, striking, yet wearable works of art.”