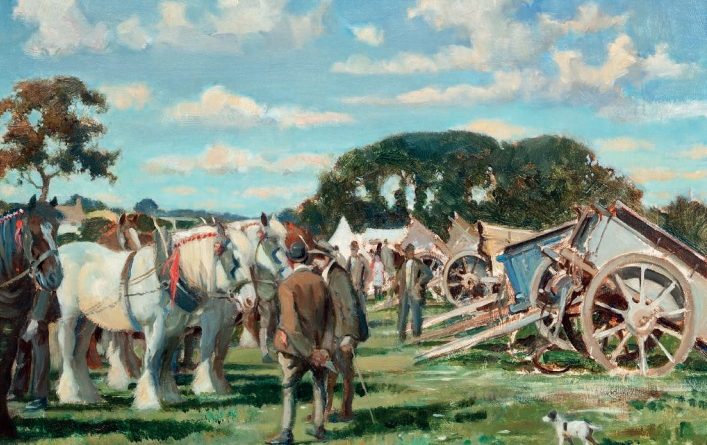 A painting by Edward Seago that illustrated the John Masefield poem, ‘The Ploughing Match’ in the book, The Country Scene’ is due to be auctioned at Christies, alongside three more of the celebrated painter’s works.

The 16 inches by 20 inches oil painting, entitled After The Ploughing Match, was painted by Seago in 1936 when he was 26. 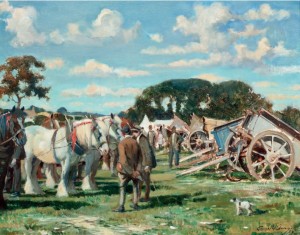 A spokesman for auctioneers Christie’s said: “After The Ploughing Match is a relatively early example of Edward Seago’s book, executed in 1936, and clearly shows the influence of (Norwich-trained) Sir Alfred Munnings on Seago’s technique and choice of composition in his early years as a painter. Seago and the Poet Laureate John Masefield collaborated on a number of publications in the 1930s, including The Country Scene, a sumptuous volume of Masefield’s poetry illustrated with beautiful paintings by Seago.”

After The Ploughing Match is one of four Seago paintings which together are expected to sell for about £100,000 at the forthcoming Christie’s auction.

The four Seago paintings will go under the hammer at Christie’s auction of Victorian, Pre Raphaelite and British Impressionist Art, Maritime Art, Sporting and Wildlife Art in South Kensington, London on July 8.