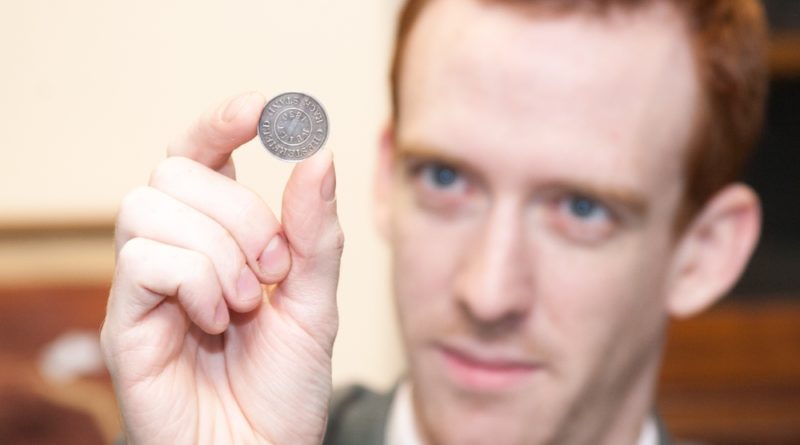 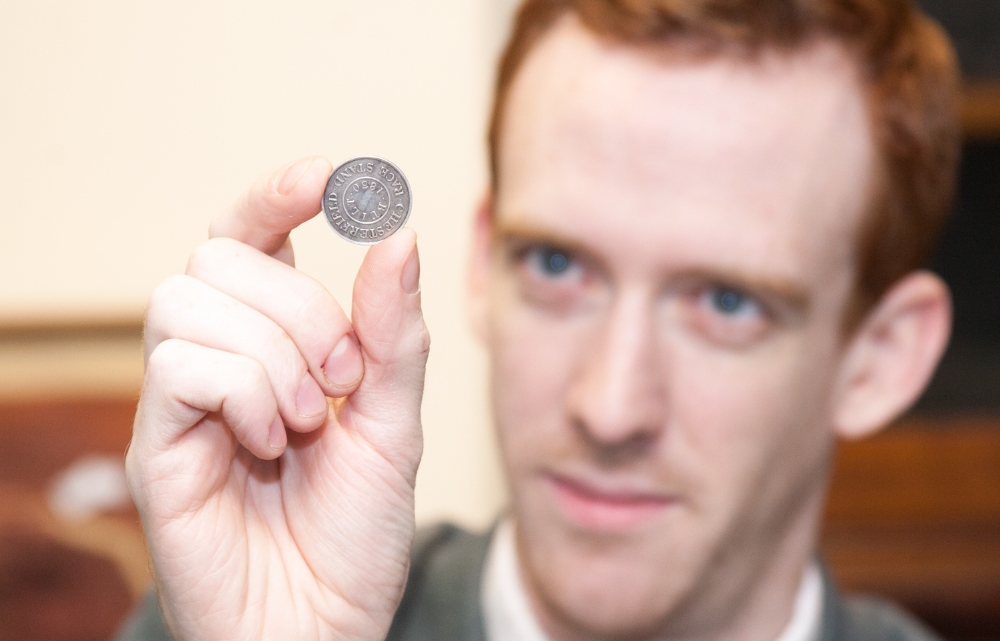 Hansons auctioneers of Etwall will be selling a rare and early Derbyshire horse racing admission disk from 1830 in their September Fine Art auction, with an estimate of £700-£900.

The Chesterfield racecourse disk is engraved with the name of its original owner G H Barrow, who was involved in the iron industry in Staveley. Not dissimilar to the modern badges used at Newmarket and Ascot today, the silver disk, which measures approximately 2.5cm, would have given the owner access to the Chesterfield enclosures and stand and the privileges which came with that. 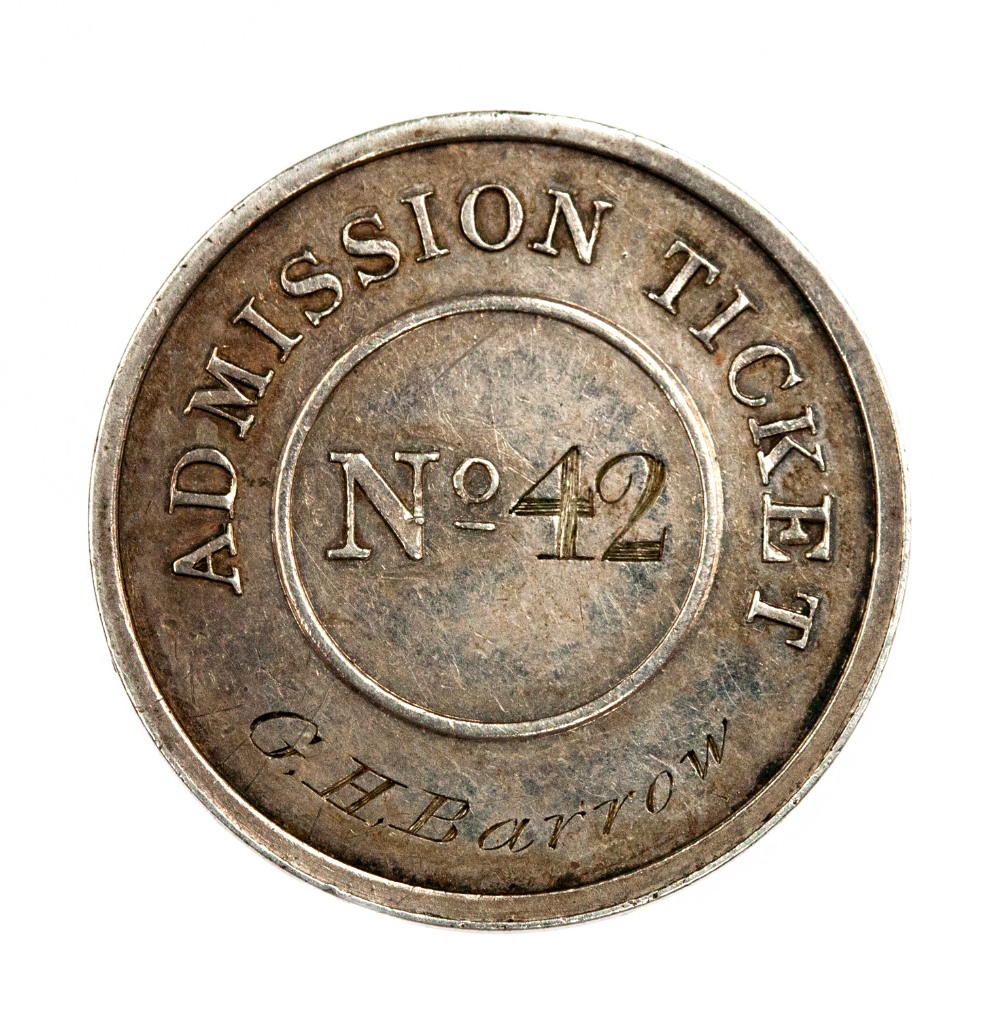 G H Barrow is known to have had an important Derbyshire connection, having been involved in the refurbishment of the Great North Wing at Chatsworth House, as well as other local building projects. He is noted as an iron founder in a contemporary account date 1839 and was one of the principal manufacturers involved in the engineering, redecoration and ornamentation of the famous Derbyshire house.

It appears that building work was done at the racecourse in 1830 and presumably the silver token, which is stamped ‘Chesterfield Race Stand Built 1830’ and engraved to the reverse No 42, was given to Mr Barrow, perhaps for his involvement with the construction of the new stand that year.

Although the Chesterfield Racecourse was closed down in 1924, racing started on the site around 1727 with regular advertisements appearing in the Derby Mercury newspaper during this period. In an excerpt from the Derby Mercury dated 8th October 1834, G H Barrow is mentioned as having attended the meet and his carriage was spotted on the course prior to the race. It appears that there was also a dinner and ball which Mr Barrow attended. A further article in the Derby newspaper for 1837 records his attendance at the annual ball, held in the Angel Inn. The October meets each year were popular with local dignitaries and aristocrats including both Barrow and usually an entourage from Chatsworth House, sometimes including the Duke of Devonshire. 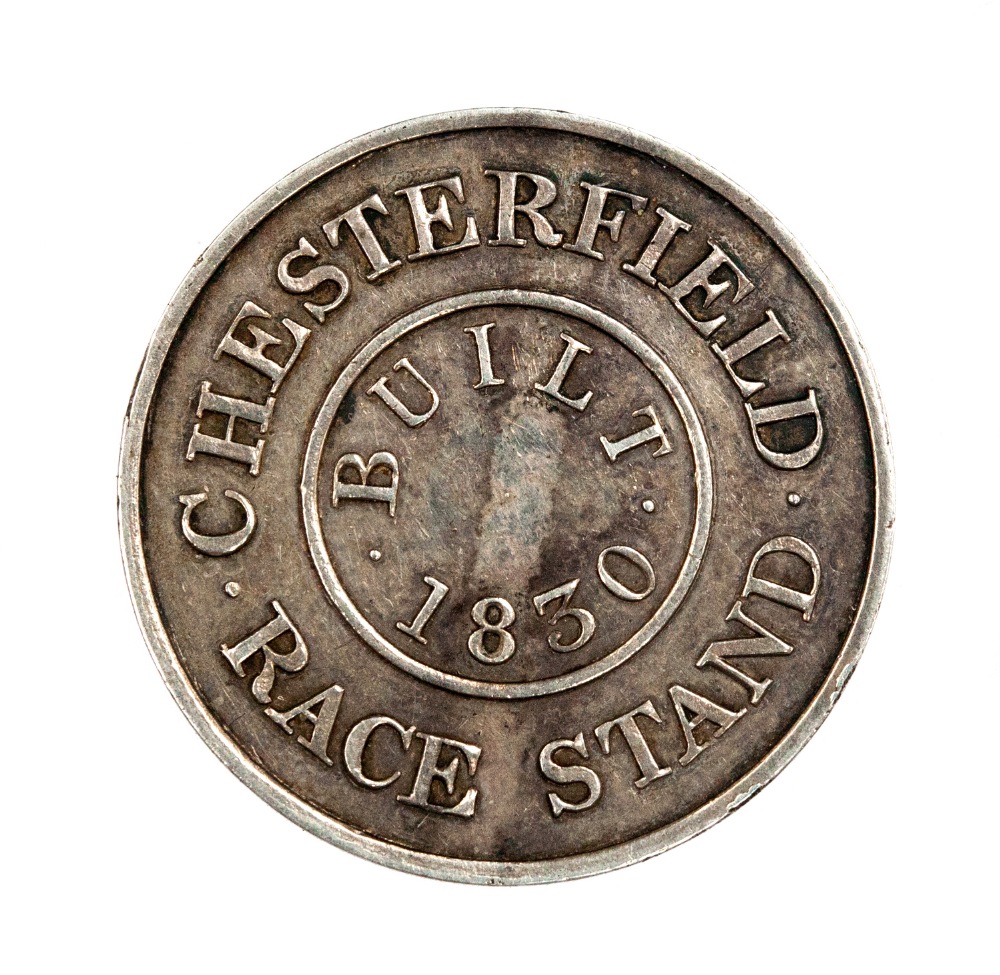 Such tokens rarely survive from this period and being able to attach a named individual to the object gives us even more insight into the world of racing in the early 19th century. The fact that Chesterfield no longer has a racecourse makes this an extremely interesting object, revealing just how widespread and important gambling and racing was in the late Georgian period.

The token will be entered into the Derbyshire section of the September Fine Art auction at Hansons in Etwall on 25th and 26th September.