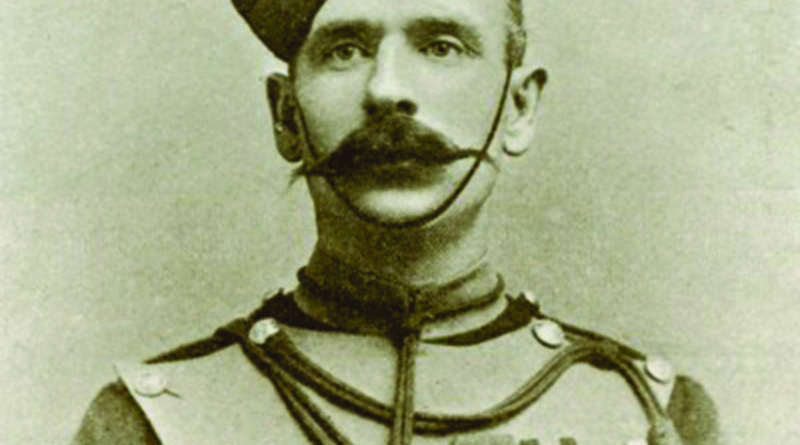 Penzance’s David Lays auction on Tuesday 25th August has more than a whiff of Hollywood glamour about it. As well as selling what the Penzance auctioneers believe to be the ‘most important set of medals ever to be sold in Cornwall’ in the morning session, in the afternoon Lays have a ‘Super Yacht Sale’. This very unusual auction is selling much of the furniture and fittings from a gloriously ostentatious Super Yacht that is currently undergoing a multi-million dollar refit in Falmouth.

There will be over 200 lots of nautically themed bespoke furniture of the highest quality as well as mirrors, lamps, chandeliers, paintings, prints, canoes, dinghies etc. The viewing of the items is in an off site location on Tregoniggie Industrial Estate in Falmouth. 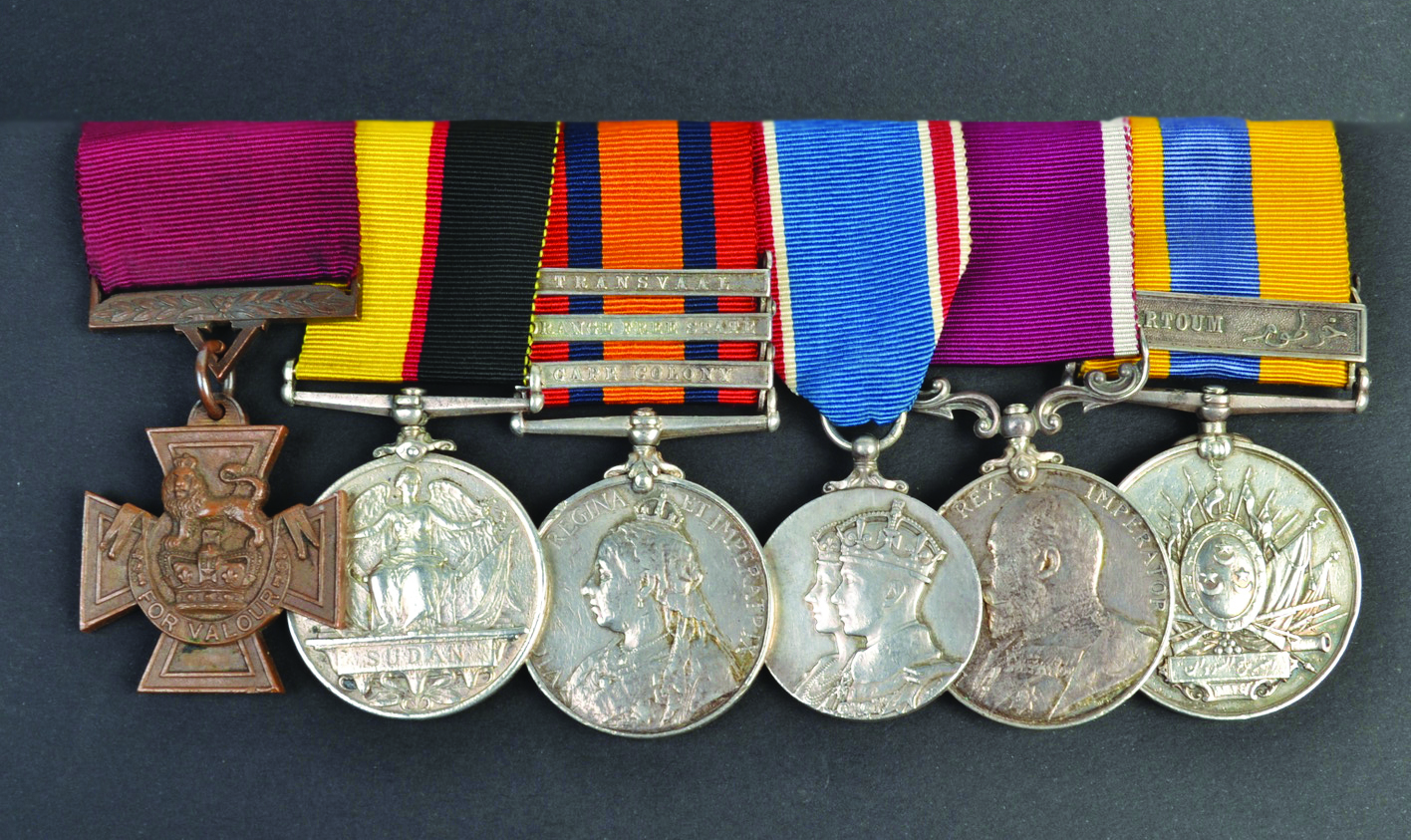 Lay’s biannual Collectors Sale specialises in books, coins, stamps, toys and other collectors items, but the star lot of this sale is undoubtedly lot 245, the medals of a brave Irish soldier called Private Thomas Byrne.

Byrne was a trooper in B Squadron of the 21st Lancers who found fame at the Battle of Omdurman in Sudan in 1898, where Kitchener avenged the murder of General Gordon. Those who think they’ve never heard of the battle of Omdurman may be surprised to learn that Corporal Jones’s character from the BBC’s classic comedy Dad’s Army was an Omdurman veteran and the celebrated Hollywood film The Four Feathers is based around that battle.

A young Winston Churchill also rode with the 21st Lancers and much of what we know about their experience at Omdurman comes from him. Having been given the order to head off the enemy, the Lancers engaged in what is widely recognised as being the last ever cavalry charge of any British regiment.  To militarists, medals belonging to the 21st Lancers are very highly prized. Lancers who were awarded the Victoria Cross are in another league. 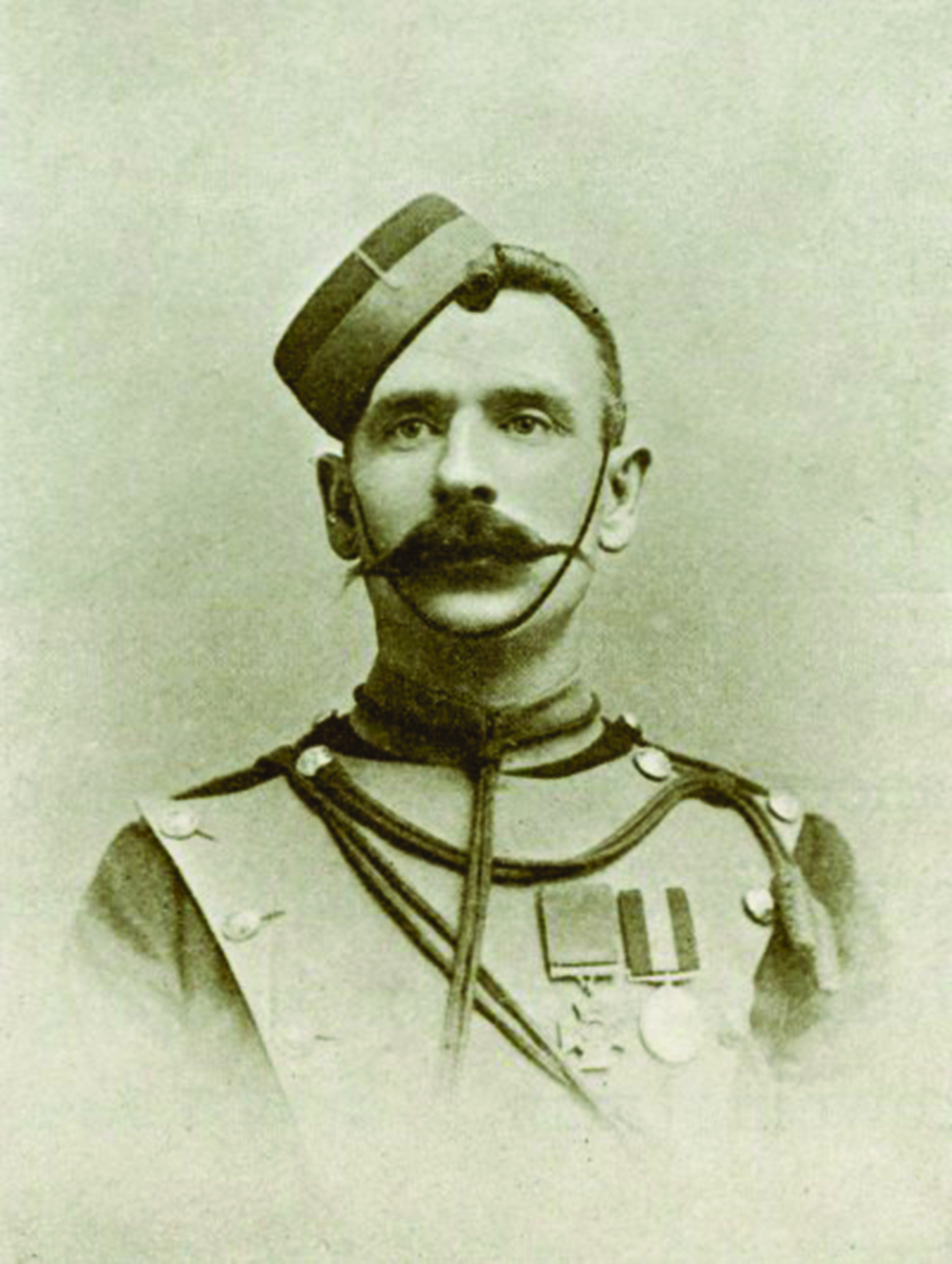 The 350 Lancers advanced upon an enemy line that they believed comprised a few hundred ‘Dervishes’. Too late, they realised hidden in a ravine were over 2,600 of the enemy. They managed to cut their way through the ambush and out of the ravine, but any man who was unhorsed met a grisly fate, hacked to death by swords. Byrne, though severely wounded by a bullet through his shoulder, was almost out of the ravine but turned back to rescue his officer, Lieutenant Molyneux, who was unhorsed and beset by four Dervishes. Unarmed, he repeatedly rode his horse at them which enabled Molyneux to escape, but Byrne received a spear to the chest for his trouble. Churchill wrote “It was the bravest act I ever saw performed”

Byrne died in 1944 and was buried with full military honours. His VC was stolen in 1949 from his son while he was working in Nairobi. This medal group contains a replica VC, alongside all his campaign, Coronation and Long Service medals. They have been authenticated by leading medal expert Michael Naxton, curator of Lord Ashcroft’s VC collection. Even without the original VC, they are an extremely valuable and desirable group to collectors. David Lay has given them a conservative estimate of £10,000-15,000 but expect a lot of worldwide interest.