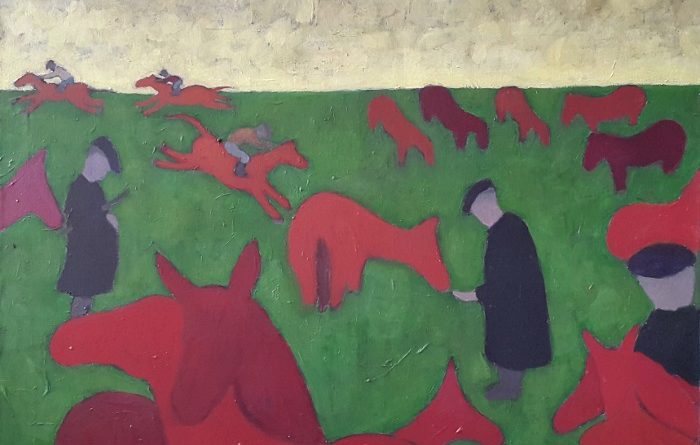 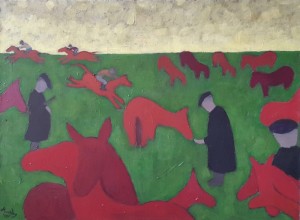 The exhibition will run from 20th September until 31st October.

Director of Lorfords, Toby Lorford, said “It is a great coup for Lorfords to entice Anthony back for a third exhibition. His paintings and his wonderful use of colour give the showroom a whole new dimension and embellish our own collection with a unique atmosphere. We also love having the creative spirit of Anthony, with all the attendant stories, in our midst during the exhibition!”

Anthony Murphy, child actor, former wild child turned successful barrister now renowned  artist, lives and paints in the South of France but his connection with his native West Coast of Ireland is a constant theme. 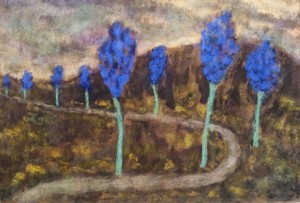 Murphy said, “In the early sixties my father would travel with his family to visit his brother, my uncle, the poet Richard Murphy, living in the old forge in Cleggan outside Clifden. To supplement his meagre income my uncle would sail tourists to Inishbofin in his Galway hooker called The True Light. On the way over you could watch the mackerel dying slowly in the bilges and follow the porpoises. Sometimes we would stop off at High Island where monks had eked out their existence over a thousand years ago. No harbour, just a leap ashore at the foot of a cliff. …To my eye then Fodhla (ancient Ireland) was everywhere and the sweet smell off a donkey’s breath a revelation. Today I see how well named was my Uncle’s boat. If a painting of mine holds true light – then I am still aboard, a little seasick, but at least I am not a mackerel. (March 2012).”