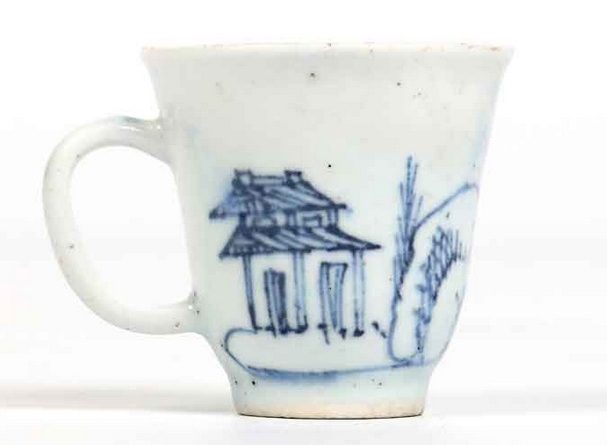 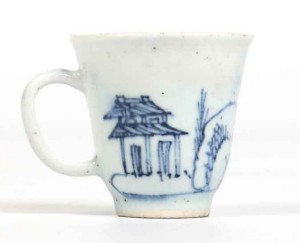 A tiny Bow toy cup, just 1¾in (4.5cm) commanded a big sale price, well in excess of its estimate, when recently sold at Paul Beighton’s rooms in Rotherham, South Yorkshire.

The firm’s director, Jody Beighton, recognised the rarity of the London factory piece when it was brought to them. Made in the early 1750s, the cup is painted in underglaze blue and features a picture of a building on one side and rocks and bamboo on the other.

The object is in good condition and easily outstripped its estimate of £100-£150, eventually achieving a price of £6,500 (plus 17.5% buyer’s premium) after two dealers battled it out to win the cup.

The cup is an example of 18th century porcelain tableware that many of the leading factories in Lowestoft, Caughley and Worcester produced as toys or miniatures.