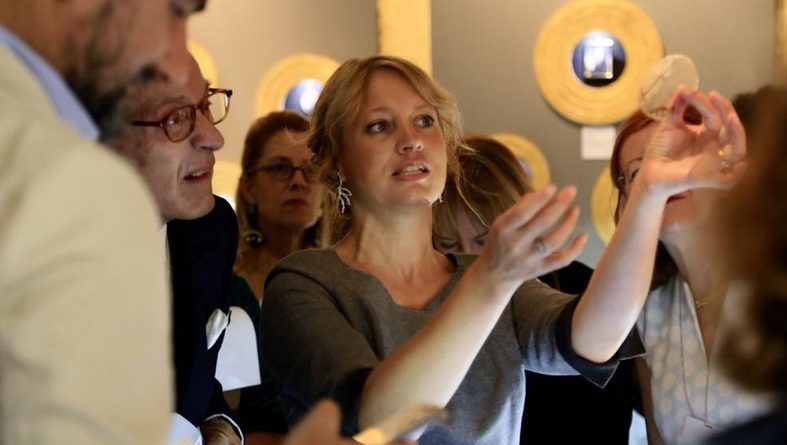 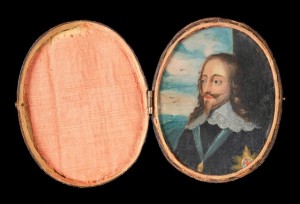 The LAPADA Fair has announced the winner of the Best Object Award, Fine Art as Philip Mould & Co for a pair of talc miniatures depicting Charles I and Henrietta Maria.

The quirky set of portrait miniatures were produced to commemorate the doomed reign of Britain’s most controversial monarch and his unpopular Queen.

They are made so unusual by an accompanying set of ‘talcs’ – very fine, translucent stone layers adorned with costumes and other scenery which can be placed over the painted figure to allow the viewer to change the narrative. 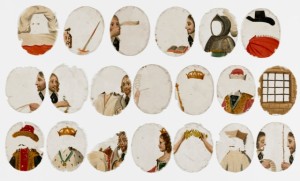 The depiction of Charles I in these portraits is accompanied by talcs that tell the story of his trial and execution. One shows a distressed female, possibly Henrietta Maria; another the removal of his garter from his neck and one more, his journey to the block. A martyr’s laurel wreath in one of the talcs suggests that these sets were made for supporters of the King and acted in part as commemorative objects after his execution. 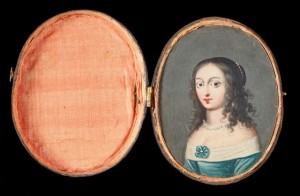 Only around forty-five of these sets have been recorded worldwide and it is extremely rare to find a pair, still housed in their original leather cases, to have survived such usage over several hundred years.

This unveiling follows news that the Prime Minister has lent portraits of Charles I and Henrietta Maria to the National Portrait Gallery. Philip Mould & Co are now offering a chance to purchase an extraordinary depiction of the royal couple.