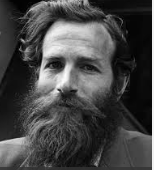 Items that inspired Alan Davie, one of Scotland’s most respected post-war artists, go on sale this month.

Davie, who was admired by Mark Rothko and Jackson Pollock and bought by Peggy Guggenheim, died last year at the age of 93.

Davie’s work was heavily influenced by cultures ranging from Ancient Egypt to the Australian Aborigines and items that inspired it, including musical instruments and tribal art, go on sale at Sworders of Stansted Mountfitchet on October 13.

The Essex 20th century decorative art and design sale will include a pair of tribal masks that may have inspired Davie’s art, with an estimate of £120-150, while a saxophone carries hopes of £150-200. Davie was also a well-known professional jazz musician. 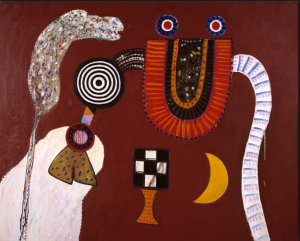 Another lot features a pair of PK22 tan leather and steel lounge chairs, designed by Poul Kjaerholm in 1956, and stamped to the front spur. They are estimated at £500-700.

The consignment also includes silhouette puppets that hung in his home, as well as a series of musical instruments including cellos and a xylophone.

John Black, Director of decorative art said, “This collection gives a great snap-shot into Davies’ influences – his music was as important to him as his art – all nestled in his studio and home in a quiet corner of rural Hertfordshire.”