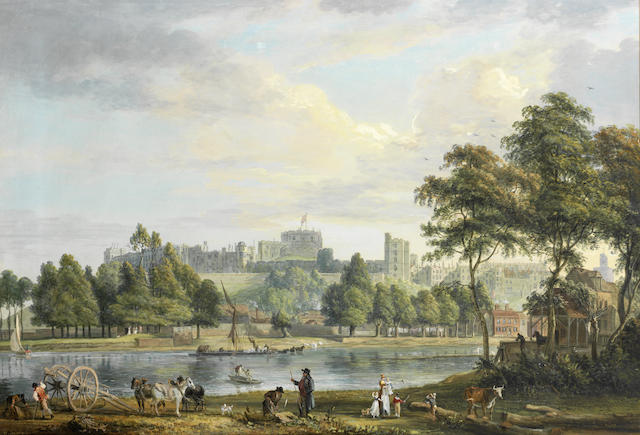 A charming and important early nineteenth century view of Windsor Castle by the master of the genre, Paul Sandby, is one of the major lots at Bonhams’ sale of selected contents of Hooton Pagnell Hall in London on 1 December. It is estimated at £40,000 – 60,000. 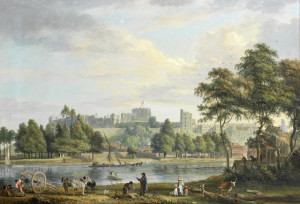 The view from the Thames, however, has some wonderful enlivening human touches; a group of working horses, the young family with their scampering dog, the laden barge and the horse-drawn cart that has been driven into the river to receive its cargo. Sandby provides a snapshot of Georgian life against the backdrop of the awe-inspiring castle with all the historic connotations it would have held for 18th century antiquarians.

In a long, fruitful career, Sandby (1730 – 1809) traveled the length and breadth of England and Wales achieving great success for his watercolor depictions of the architectural heritage of the land.

Bonhams Director of Old Master Paintings, Andrew McKenzie said, “Windsor Castle was a favorite theme for Paul Sandby and his Windsor views were in much demand – the famous botanist and antiquarian, Joseph Banks, owned at least 70 of them. It is entirely in keeping with the importance of Hooton Pagnell Hall that its owners should have acquired such a serene and elegant example of Sandby’s work.”