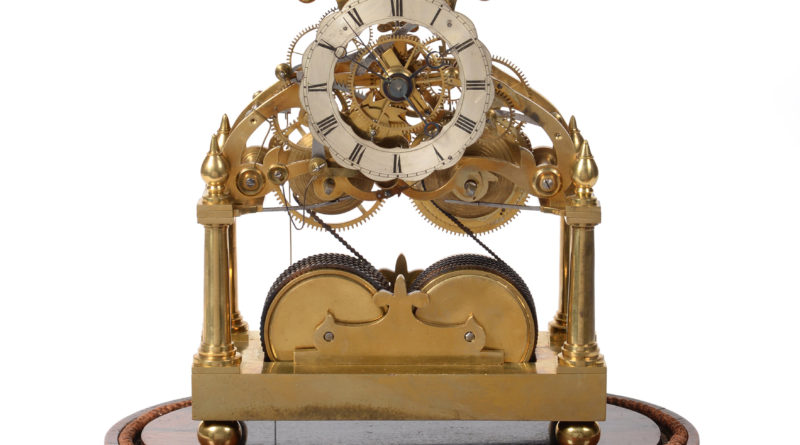 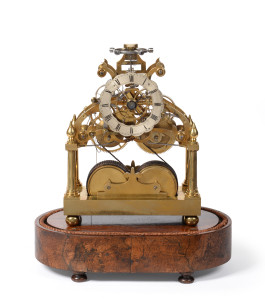 Tennants Auctioneers two day Autumn Fine Art Sale on 13th & 14th November sees an incredibly rare balance wheel, seconds striking, skeleton clock, circa 1840 come under the hammer.  Accredited to James Condliff of Liverpool, regarded as one of the finest English skeleton clockmakers of the 21st century, this clock is believed to be one of only two other Condliff clocks in this ‘transitional’ style in existence.