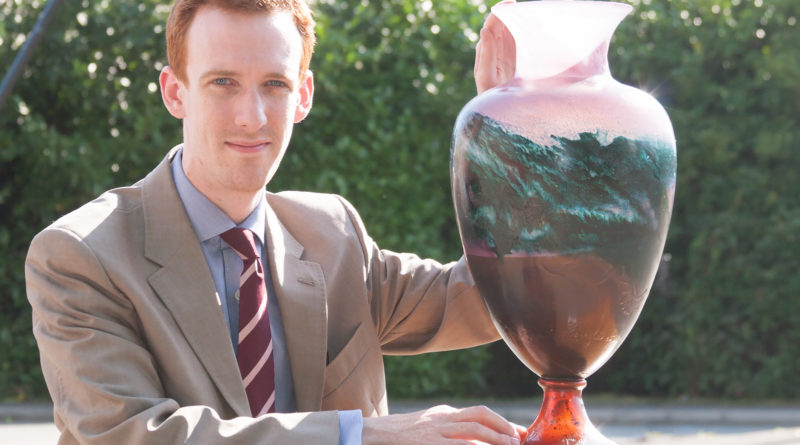 Hansons Auctioneers, of Etwall Derbyshire, broke house records for it Decorative Arts auctions when a glass vase by French Art Nouveau designer and botanist Emile Galle, sold for £39,000, but could have fetched far more in perfect condition. 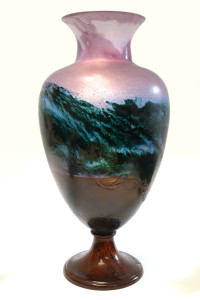 The work of art, found in Sutton Coldfield, was once used as a target in a stone throwing competition in the family home. Much to the dismay of his parents, the current vendor and his sister decided to partake in game of ‘hit the target,’ which involved throwing stones at the family heirloom.

Much to the regret of the owner today he threw one stone too many, which resulted in cracking the Galle masterpiece. Without the damage, the exquisite vase would have been worth £200K!

Despite its broken condition, the impressive glass vase, made for the Paris Exposition of 1900, engraved with a poem and a Passion flower, attracted international interest and bidding from telephones and online, before selling to a room buyer for £39,000; a record for Hansons’ Decorative Arts department. 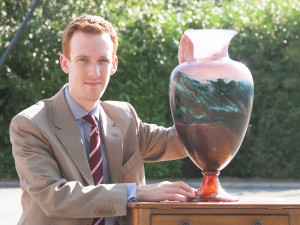 The star lot in Hansons October Decorative Arts Auction, it came from a private home in the West Midlands and lay undiscovered for 100 years before appearing during a house visit by specialist John Keightley, Head of the Decorative Arts department at the auction house. Immediately recognised as being an important piece of glass, of museum quality, the vase was consigned to auction. The significant damage, however, didn’t seem to put bidders off, with enquiries flooding in from France, Switzerland and the UK as soon as the catalogue was published.

“It was a privilege to be able to handle such an important vase and to research and catalogue such a significant piece of glass history. We knew we were being a bit low with our initial guide in the high hundreds, but the significant damage made us slightly cautious about going in too strong. We quickly realised it was a very desirable and rare object, completely fresh to the auction market,” said John Keightley.

Other highlights of Monday’s auction included an etching by St Ives artist Ben Nicholson, selling for £4,400, a Clarice Cliff Applique Windmills tea set (again in very damaged condition) which made £4,700 and another painting by Mary Potter which sold for £3,600.