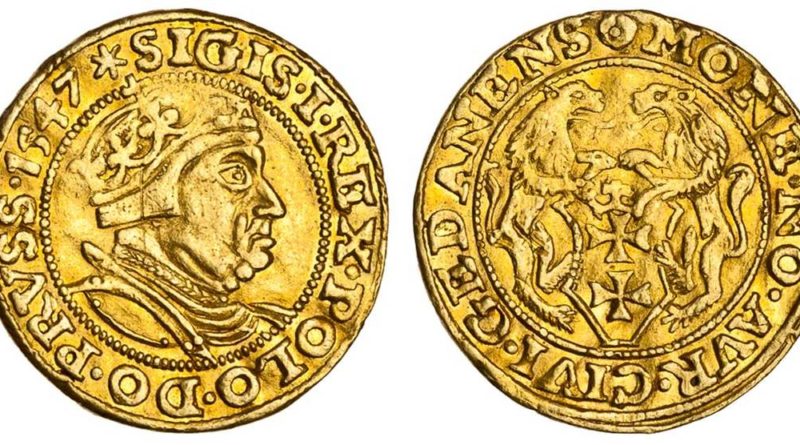 Leading auctioneer of stamps, coins and banknotes, Spink, has announced that its sale of Ancient, British and Foreign Coins and Commemorative Medals at the beginning of December in London will contain a collection of Polish Coins and Medals.

Earlier this year Spink offered just a small part of this extensive collection formed in the 1950s and 60s by a Polish gentleman living in England after the war, and realised some exceptional prices as part of the successful sale. 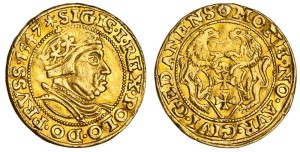 Within the 40 lots that make up the collection are rare pieces commissioned by some of the most distinguished Polish Kings of the early modern era. One of the rarest examples is lot 832, with an estimate of £20,000-25,000, a Sigismund I the Old (1506 – 48) Ducat issued one year before his death. Sigismund is most famous for his derision of the so-called ‘Chicken War’ of 1537, the rebellion of Lwów was an anti-royalist and anti-absolutist rebellion by the Polish nobility.

The damning name was coined by the magnates, who for the most part supported the King and claimed that the “war’s” only effect was the near-extinction of the local chickens, eaten by the nobles in Lesser Poland. Ten years later however the local economy had reformed and the new coinage issued of which this is an exquisite example in wonderful condition (and subsequently the chicken population was restored).

Finally from the host of rulers in this fantastic collection is lot 854, with an estimate of £10,000-12,000, an undated 4-Ducats issued by John III Sobieski (1674-96) one of the most notable monarchs of the Polish–Lithuanian Commonwealth.

There are also other rarities amongst the other varieties of coins available on offer at the sale. Of particular note is lot 896, estimated at £8,000-12,000, an Anglo-Saxon, Post-Crondall  Thrymsa, ‘Concordia’ type.  Very little is known about this type of coin, however this example’s surfaces have survived remarkably well, still showing a very crisp, clean strike and a very high gold content and lustre in recesses. Only circa five examples of this type are known with fewer than this number available on the market; it is excessively rare.