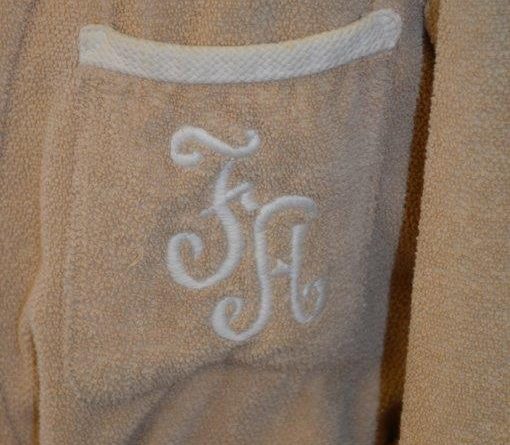 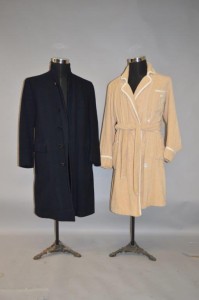 A monogrammed dressing gown belonging to late Hollywood legend Fred Astaire is going under the hammer at John Nicholson’s of Fernhurst on December 12th. 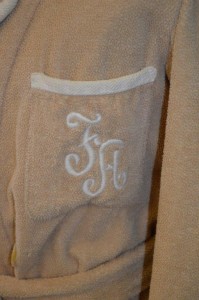 The item, consigned by Fred’s daughter, Ava, was made in Italy and carries the letters FA on the breast pocket. The dressing gown is accompanied by Astaire’s Depina Oxford blue overcoat, also consigned by Ava.

The auctioneers estimate that each of these could cost as little as £100-£150. 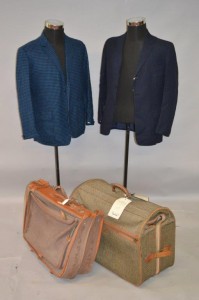 Here Cushing’s green canvas and leather-trimmed suitcase and travelite patent suitcase are offered together as a single lot, as are one of his three-piece suits, a blue check jacket, blue trousers and two cardigans.

Also consigned but not yet processed are Cushing’s paints – a talented artist, he was taught by his friend Edward Seago – his theatre make-up and a selection of games and puzzles. 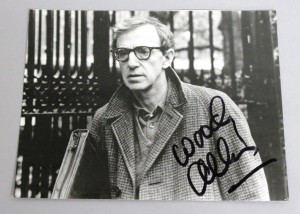 Auctioneer John Nicholson said, “After the recent success of our Ray Harryhausen consignment, we are beginning to attract a strong following for film memorabilia and associated items, and these two consignments are a clear illustration of that.

“Who would have thought that a rather smart piece of attire from the greatest hoofer on the planet would end up for sale in rural Sussex!”

Also included in the sale are signed photographs of Gracie Fields, dated 1941 and 1972, Woody Allen and Tallulah Bankhead, all with various estimates.