Catherine Southon Auctioneers & Valuers Ltd will be holding four auctions a year from 2016. All auctions will be held at Farleigh Court Golf Course, just outside East Croydon. The first sale will take place on Wednesday, 24th February 2016 with BBC’s Bargain Hunt attending.

The other three sales will be in June, September and November.

Catherine is looking back on a successful 2015 where many of the top lots were brought in to local valuation days and sold on to buyers around the world. 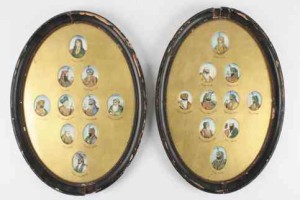 This year’s highlights included two, rare sets of 19th century portrait miniatures of the Sing family, the Royal family of Punjab, including Maharajah Sher Singh, which had been estimated at £1,000 – 2,000 and sold for £16,000 hammer price (£18,400 incl premium). The rare set went to a UK collector of Sikh art, who won the bidding war against the telephone.

Another highlight in the November sale was a unique sketchbook of the voyage of the migrant ship, The Harpley, from Hobart Town, Tasmania to England in 1847. The 52 water colour illustrations depicted exotic scenes from the trip. There was a lot of interest from around the world for this lot, which was expected to fetch £500–800. After strong bidding on the phones and internet, only two bidders were left in the room to fight it out and the winning bid was £12,500 (£14,375). It was bought by a book dealer and it was hoped that it will return to Australia.

The March sale saw the highest price achieved this year when the Victorian salts in form of kangaroos sold for almost double the top estimate (£6,000-10,000) for £18,000 hammer price (£21,240 including premium & VAT). It was purchased by an overseas buyer over the internet against fierce competition on the phones. The kangaroos were made by renowned Bond Street silversmith Hunt & Roskell (1843-97), they rarely come up for auction and their novelty value meant that there was much interest in the lot. 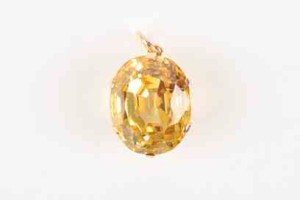 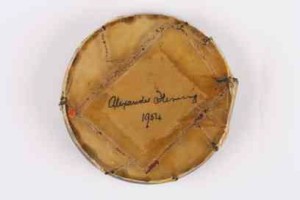 Certainly one of the more interesting lots this year was the specimen of the mould which produces penicillin, which was given to the seller’s parents by Sir Alexander Fleming. The lot was estimated to sell for £4,000-6,000 and also included two letters, and sold for £4,600.

Catherine will be doing several valuation days in the new year in addition to her regular twice-weekly valuations at the Ripley Arts Centre in Bromley, Kent.