Lorfords Antiques has confirmed the acquisition of a vast new selling space adjacent to one of their existing aircraft hangar showrooms, Hangar One, at Babdown Airfield near Tetbury, Gloucestershire. 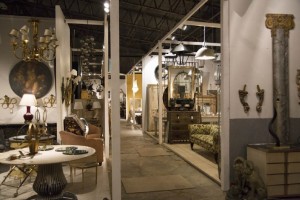 The new 7500 square foot space is designed to offer two vast areas each with a dramatic full ceiling height in the central zone and a deep gallery mezzanine running around the two side walls. Building work is already underway and the showrooms are planned to be open for business at the beginning of March 2016.

Hangar One and Two spaces sold out in a few days in 2013 and 2015 and the trend has continued with three of the resident Lorfords’ dealers quickly taking up more than 75% of the new space.

The remaining space will be divided into areas of diverse style and atmosphere with some more intimate moody areas, an art gallery space and some more conventional showrooms along the right hand side mezzanine gallery areas. 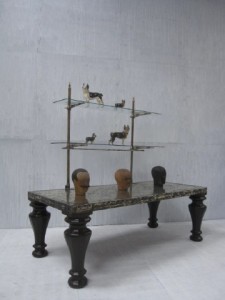 Names released so far include Ark Angel, JOE Antiques, Hetman Gallery, Original House, Seventeen-Twentyone and Doe & Hope Antiques and Edd in the Clouds, who are two leading members of the Antiques Young Gun movement which has been sponsored by Lorfords for the past two years. 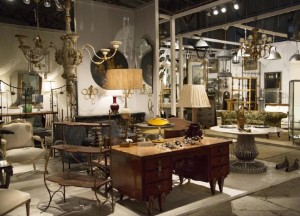 Other confirmed new names moving into the original Hangar Two in 2016 include 3details, the collection of British artist and antiques dealer Peter Woodward. Peter offers a mixture of Contemporary Art, 20th century objects and design. Also joining Lorfords, the popular star of Salvage Hunters on Quest TV, Drew Pritchard, who will bring a collection of his decorative salvage and antiques to The Cotswolds. Toby Lorford said, “We are looking forward to welcoming Drew to Babdown. He is an old friend and will be a perfect addition to the mix we have here.”