While patina on furnishings has long been a muse for generations of antique lovers, in more recent years it has been forced to take a back seat to a multitude of fashionable faux finishes that included stripping, liming, painting, marbling, shabby chic-ing, bleaching and lacquering. Today I’m pleased to see a newer wave of interest within the industry that not only prizes the honesty of an unmolested finish, but uses it to draw out a sense of the object’s individuality as well.

To those unconvinced by the production line of brand new items and machine-made uniformity, genuine antiques still offer a uniquely rebellious source of inspiration. At their core antiques are the modern objects of yester-year, possessing the same DNA of progress as their shiny new descendants.

However, unlike new items that can only speak of their construction (and thus tell only half the tale), even the most humble antique can, through its patina, whisper about a life in service and its natural decay over time. Patination is about the imperfection, individuality and vulnerability that we all understand as ageing humans. It keeps old items more emotive than new ones and, to me, only after an antique tells its unique tale, should the issue of financial value ever be considered.

Among the growing band of antique dealers revelling in this love of patination are names which include Spencer Swaffer, Robert Young, Rob Hall, Doe and Hope, Puckhaber, Daniel Larsson, Peter Whipps 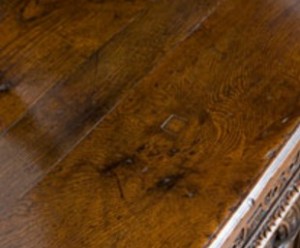 and Drew Pritchard. Far from just using the chipped and worn finish as a sales pitch, the best dealers are instead interpreting that patination to give each object a unique sense of individuality akin to a persona. Through careful use of lighting, staging and up-close photography, seemingly uninspiring objects are successfully brought to life on the screen with gothic undertones, rustic purity or vintage playfulness. While genuine patina has always had admirers, I believe our perception of it has evolved to encapsulate a new theatrical element that is well suited to the modern home decorator.

Theatricality, which is not confined to patination only, is a wider trend that contrasts sharply with the blank white backgrounds and shiny objects that have been the mainstay of antique adverts for many years.

A return to honest patination in antiques is a step in the right direction for everyone. Not only does it bring back to life an object that may otherwise have been overlooked because it lacks any noble pedigree, but also begins to separate antiques from the endless sea of modern ‘weathered’ copies that are currently flooding the marketplace.

A quick trip around any furnishing store shows how modern producers capitalise on fake patina. Yet as anyone who dabbles knows, you can’t create patina, you can only remove it.
For now the interest remains in more dramatic patination such as chipped paint and exposed timber rather than the more subtle depth of patina still prized by mahogany and early oak lovers. This traditional view of patina will surely return to fashion again one
day but, just as the name suggests, it will take time and new layers of interest to get there.

Not all antiques either retain their original finish or look better in their original state. Some, it must be admitted, let the rest of the object down and do deserve attention.
But when a growing number of sellers are proud to stand behind the object’s original patina, then perhaps it may just make one or two people stop and think first before lifting sandpaper and brush.