The Library built by the late Hugh Selbourne, who was a General Practitioner and consultant physician in Manchester from 1938 until his death in 1973, has been sold at Bonhams in London for £2,600,000.

So extensive was Dr Selbourne’s collection of books that the sale was held in two parts.  Part I took place in March 2015 with the concluding part being held in early March 2016.

Head of Bonhams Books and Manuscripts department, Matthew Haley, said, “Hugh Selbourne was a remarkable man with a boundless curiosity about the world.  He assembled one the finest and most extensive private collection of books I’ve ever seen. The interest in the sale and the prices achieved are a testimony to his great taste and judgment.”

Among the many highlights were: 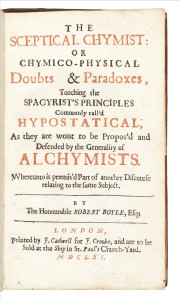 A first edition of The Sceptical Chymist by Robert Boyle, a seminal work in the history of science that paved the way for the work of Isaac Newton and Antoine Lavoisier. It sold for £362,500.

A first edition of John Locke’s influential philosophical work Two Treaties of Government published anonymously in 1690 which sold for £110,000. It advanced notions of civil society and the nature of government that had a profound effect on the American Revolution.

A first edition of Charles Darwin’s Origin of Species which was bought for £98,500.

A first edition of David Hume’s A Treatise of Human Nature, a corner stone of Enlightenment philosophy, which sold for £80,500.

A first edition of Darwin’s The Zoology of the Voyage of H.M.S. Beagle parts 1-4. This work, which was edited by Darwin, described discoveries and observations made on the voyage between 1832-1836 in the fields of Fossil Mammalia; Mammalia; Birds and Fish. It made £50,000.

Hugh Selbourne was born in Paris in 1906, his parents having moved to France from Odessa. He was eight when the family left for London at the outbreak of the First World War. A precocious student, Selbourne began his medical studies at St Barts. when he was just 17 and by the age of 25 had become an MD and a Member of the Royal College of Physicians.

He started his book collection in his student days and added to it all his life. In his own words, “I set out from the start to broaden my outlook and to learn about the beautiful world we live in, and the way in which people have expressed themselves, not only scientifically but spiritually, through literature and the fine arts.”