A celadon-glazed Chinese vase from the family of a knowledgeable mid-20th century collector of art and antiques, is expected to attract international interest at Mallams‘ sale at the end of April. 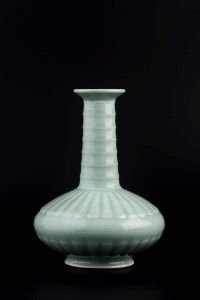 Collector Charles George, meticulously documented all his purchases in a handwritten inventory, including this rare Yongzheng period (1722-35) vase which he purchased in 1952, then estimating its value at £12.

Now conservatively estimated at £20,000 to £30,000 at the Mallams sale, it is Charles George’s personal archival records which will make the vase particularly attractive to buyers around the world.

Unprecedented growth in the market for Chinese ceramics has attracted a plethora of fakes and forgeries created with new technologies that allow for greater accuracy in replication and make it increasingly difficult, even for experts, to identify counterfeits.

The market has responded with caution as collectors and dealers become ever more vigilant in establishing a record of previous ownership, such that provenance has become a key driver in determining a successful sale at auction. 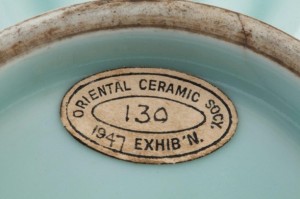 Created during Yongzheng’s 13-year reign, this 9.5in (23.5cm) vase features bands of chrysanthemum petals to the base and ribs in the form of bamboo to the neck. The base bears a six character Yongzheng mark painted in blue in zhuanshu script under the watery celadon glaze with a textured bluish tone which is characteristic of the period.

The production of a profusion of new shapes and colours was personally supervised by The Emperor himself at the ceramic kilns at Jingdezhen during his short reign. 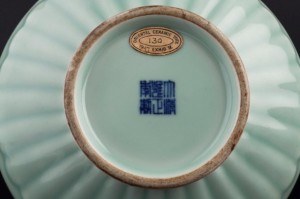 He insisted on the highest levels of craftsmanship and although deceptively modest in appearance, Imperial quality porcelain from this period is prized for its hallmarks of restraint and technical perfection.

The celadon-glazed vase will feature in Mallams’ specialist sale of Chinese, Japanese and Islamic works of art to be held at the Grosvenor Galleries, Cheltenham on April 27-28.

Mallams Director, Robin Fisher, said, “Recent sales of ‘fresh to the market’ works of art continue to attract strong results, despite the economic downturn in China. It is the scarcity of high quality, genuine works with a solid provenance that will keep prices high.”