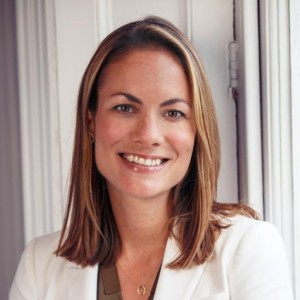 Rebecca Davies, Chief Executive of LAPADA recently attended a unique antiques conference that explored the changing face of the trade throughout the last century, and asked if there is room for optimism for the future. She writes about her thoughts on the day here.

Recently over 60 dealers, academics and curators assembled at Temple Newsam House in Leeds for the Antique Dealer Project Conference. The event was a culmination of a 32-month research project focused on the history of the British antique trade in the 20th century.

In addition to presentations from the research team, the audience was treated to talks from dealers from various areas of the trade, giving insight into how the trade has evolved over the century. Tours with curators from Leeds Museums, as well as with the dealers themselves, gave the guests a fascinating insight into how many of the objects in the collection of Temple Newsam were repatriated to the house through the relationship between the antiques trade and the museum.

It was a topic of conversation amongst the attendees about whether a conference like this signaled the ‘end’ of the antiques trade as we know it. Are we looking back because there is nothing to look forward to?

Throughout the sessions, it became abundantly clear that the answer to that was a resounding ‘no’. The stories from the dealers, many of whom were second, third and even fourth generation, painted a picture of a trade that has always been in evolution and that has experienced ups and downs throughout the last century.

The research through archives, historical documentation and oral history has shown that many of the most prominent businesses had adapted to fit the changing landscape of time. As one dealer said in the panel discussion, “the trade must move with the times, or the times will move past us.”

Academic study of the fine art trade has been prolific, and it is refreshing to see a specific focus on the equally interesting and culturally significant antiques trade. Everyone who attended the conference was pleasantly surprised by the dedication of Dr Mark Westgarth and his team to really understand the nuances of the antiques dealers and to capture their vibrant history.