Bonhams says it has broken no fewer than ten world records at its recent Middle Eastern and Lebanese Modern and Contemporary Art sales. Bonhams is the first international auction house to hold an exclusively Lebanese art sale, which broke records for seven artists.

The sale broke 10 world records for seven artists from the Art of the Lebanon sale and three from the Middle Eastern Modern and Contemporary Art sale. 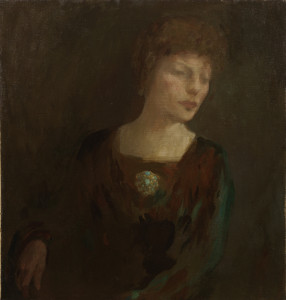 The top selling lot of the sale was Nubian House by Hussein Bicar, sold for £319,000, achieving the record price for a modern Arab painting sold in London.

Elsewhere, Kahlil Gibran’s painting, Portrait of Mrs Alexander Morten sold for almost ten times its estimate at £182,500.  It featured in his first exhibition in New York in 1914, but then remained unseen for 100 years. It is the first painting by the poet and artist ever to be auctioned and it sold for almost ten times the original estimate of £20,000-30,000. It was bought by a Lebanese institution, and after over a century in the West, will return to the country where Gibran was born. 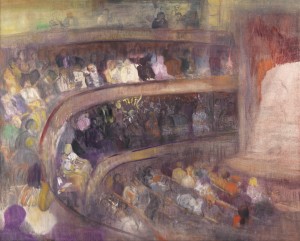 Farid Aouad’s Opera Garnier sold for £74,500, far surpassing its pre-sale estimate of £40,000-£60,000. One of the largest and most prominent works by a Lebanese artist who was unappreciated in his lifetime, Aouad’s work has since been shown in museums across Lebanon and Europe. 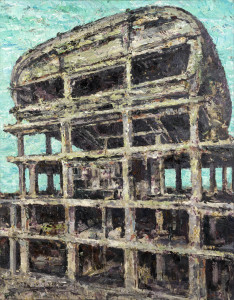 Another leading work in the sale was The Beirut City Centre Egg, by Ayman Baalbaki, which sold for £86,500. Born in 1975, at 41, Baalbaki has achieved the highest price at auction for a contemporary Lebanese artist. ‘The Egg’ as it is fondly known by the people of Beirut, is a partially destroyed cinema complex in the Brutalist style. The bombed out building has become a monument of the civil war and a historic landmark in its own right. The artist’s subjects are often war-torn buildings, and ‘The Egg’ is one of his largest and most iconic pieces.

Head of Modern and Contemporary Middle Easter Art at Bonhams, Nima Sagarchi, said, “It’s been a ground-breaking sale. Despite the fact that many of the artists are well-established, both in Lebanon and elsewhere, this is the first time that many of them have come to the market. A number of pieces have been purchased by Lebanese buyers and in many ways it’s a great homecoming for the country’s modern and contemporary masterpieces. But it also marks a turning point in the importance of Middle Eastern art on an international stage.”