Robert Young Antiques is to hold its Annual Exhibition of Antique Folk Art from May 5th to 14th, celebrating the continued interest and rising profile of the naïve and primitive art form. 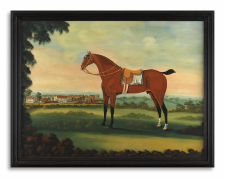 The exhibition will gather together lesser known unrecorded ‘artists’, alongside works by those who are completely anonymous who created pieces across a range of media. The execution, materials and techniques are varied, yet there is often the feeling that the artists had a close relationship with their subjects.

Robert Young and his team source and select pieces that have a visual appeal and an individual quality that defines them. It is this quality that has allowed them to survive down several generations.

The exhibition’s artworks will depict such subject matter as homes, children, agricultural animals and pets, alongside food, landscapes and hunting scenes. Robert Young said, “Escape is such an important element of art, as it excites imagination and makes memories, it is not tangible, it’s a feeling, sometimes even a fantasy.” 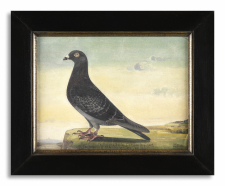 Explaining Folk Art’s growing appeal, Robert said, “Critics, curators and collectors variously claim this is due to its fundamental unpretentious integrity, that its bold graphics and limited palette have been a source of inspiration to some twentieth century artists and that its raw untutored style is a refreshing escape from contemporary concepts and ideologies. Personally, I think it is because it is simply human, it is art that people can feel and relate to. It makes them smile.”

He adds that while much of the art’s subject matter is not carefully observed, but painted or created from an understanding or unfamiliarity, it is this approach that also makes it so appealing. “Like unself-conscious children making images of their homes, parents, siblings and pets, they use assumed information of scale and relationship. They ignore studied observation, viewpoints and perspective to show what they want to be seen, they exaggerate and imagine.”

If you’d like to learn more about Folk Art, read our expert guide ‘Naive but nice – guide to Folk Art‘.