A collection of Royal memorabilia from one of the most frequent visitors to Buckingham Palace is to be sold by Hansons Auctioneers of Derby.

The archive was uncovered by Hansons valuer Edward Rycroft at a valuation day in Burton-on-Trent and was brought in by a descendant of a hairdresser to the Royal Family, Mr George Crisp. 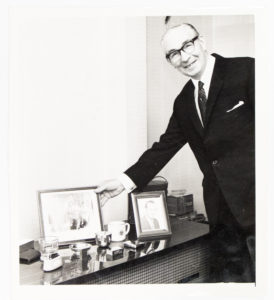 Mr Crisp visited the Palace every two weeks to trim the hair and beard of His Majesty George the Sixth. Following the king’s death, Queen Elizabeth continued to use the services of Mr. Crisp to cut the hair of Princes Charles, Andrew and Edward until Mr. Crisp’s retirement in 1971. 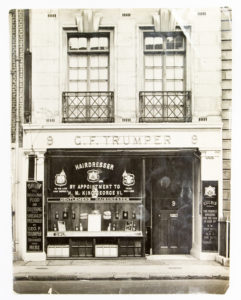 Mr. Crisp spent forty two years in the employ of George Trumper of Curzon Street, London, where he became well acquainted with many Royal and aristocratic customers. His clients included the Dukes of Wellington, Norfolk, Westminster and Gloucester. Trumper’s salon continues to serve customers to this day.

The collection to be auctioned reflects the story of his life with the Royals and other illustrious clients and shows their respect and regard for him.

A small Trumper’s business card begins the story. On the reverse of this card is inscribed: ‘This is to introduce Mr. Crisp to serve the King’. A red ticket allowing him access to the Forecourt of Buckingham Palace for the Coronation Procession on 12th May 1937 has been carefully preserved along with an invitation to attend the Lying-in-State of King George in 1952 and a ticket allowing his family to view Queen Elizabeth’s Coronation Procession from a stand directly outside Buckingham Palace. Mr. Crisp was given responsibility to dress the hair of Prince Charles for the Coronation.

On his retirement in 1971 he received a letter requesting he attend Buckingham Palace to receive the personal thanks from the Queen for ‘the skill and care with which you have cut the children’s hair for so many years’. Her regard for him resulted in the granting of the Royal Victorian Order on his retirement and he proudly kept all the documents relating to the Investiture, giving the reader a rare insight into the logistics and practicalities of such an important occasion. 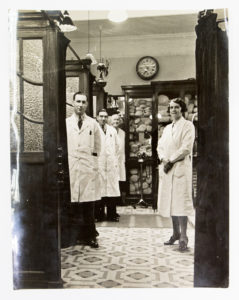 The scissors and comb he used at the Palace are included in the collection along with photographic portraits, some signed, of the Dukes of Norfolk and Gloucester and Christmas cards from the Royal Household. An interesting array of newspaper clippings demonstrate the close relationship Mr. Crisp enjoyed with the Royal Family over nearly four decades. This unusual personal collection has been consigned by the family having remained untouched for many years.

Charles Hanson of Hansons Auctioneers in Derby who are handling the auction of the articles in question reflects:

‘Mr. Crisp’s scissors, comb and all the other items in this collection bring us so close to a life spent near to one of the most famous families in the world. The vendor has even brought in a bottle of Trumper’s hair oil and his personally engraved lighter.’

The collection is expected to achieve up to £200 when it is entered into Hansons Summer Fine Art Auction on 1st July.