The Antiques Dealers Fair Limited returns to stage The Antiques & Fine Art Fair at Harewood House, near Leeds, from June 10th to 12th, within The Marquee of the grounds landscaped by Lancelot ‘Capability’ Brown. 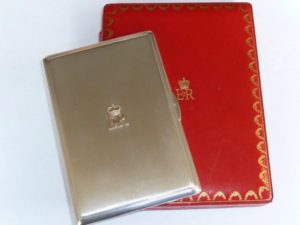 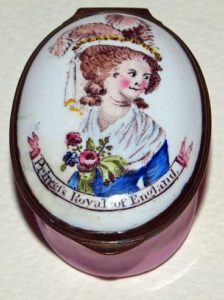 Taking place over the weekend of the Queen’s official 90th birthday, to mark the event exhibitors are bringing items with regal connections, including a Cartier silver cigarette case, in its red Cartier box, both complete with the royal crown insignia; and a pair of Royal Brierly Crystal presentation goblets commemorating the 1937 coronation of King George VI.

Antiquities specialist Odyssey is bringing an impressive selection of royal autographs, all beautifully framed, such as King George V’s signature, £90; King Edward VIII’s, dated 1920 when he was still the Prince of Wales, £120 and also one from Prince Frederick, Duke of York, second son of King George III, £110. 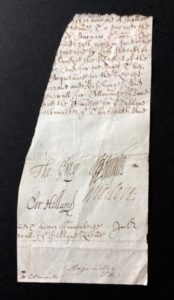 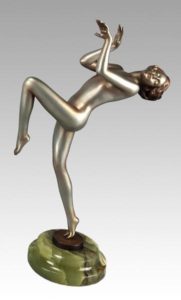 More gruesome, but an important piece of history, is a document fragment bearing the signatures of four of King Charles I’s ‘regicides’, two of which signed the Warrant of Execution and two of the trial judges, together with the full biography of each person, priced at £575.

From Freshfords Fine Antiques comes a Regency George IV amboyna and rosewood side table, attributable to Morel and Seddon, c1826, £14,860. George Seddon formed a partnership with cabinetmaker and upholsterer Nicholas Morel to fulfil one of their contracts: to make furniture for Windsor Castle. They worked almost exclusively for the crown, particularly at Windsor, but also at other royal residences.

Ingrid Nilson, director of The Antiques Dealers Fair Limited said, “At this year’s fair, we are launching an affiliation with The Queen Elizabeth Scholarship Trust (QEST), the charitable arm of the Royal Warrant Holders Association, that funds the education of talented craftspeople through traditional college courses, apprenticeships or one-on-one training with masters. This will be ongoing with our fairs well into the future.”