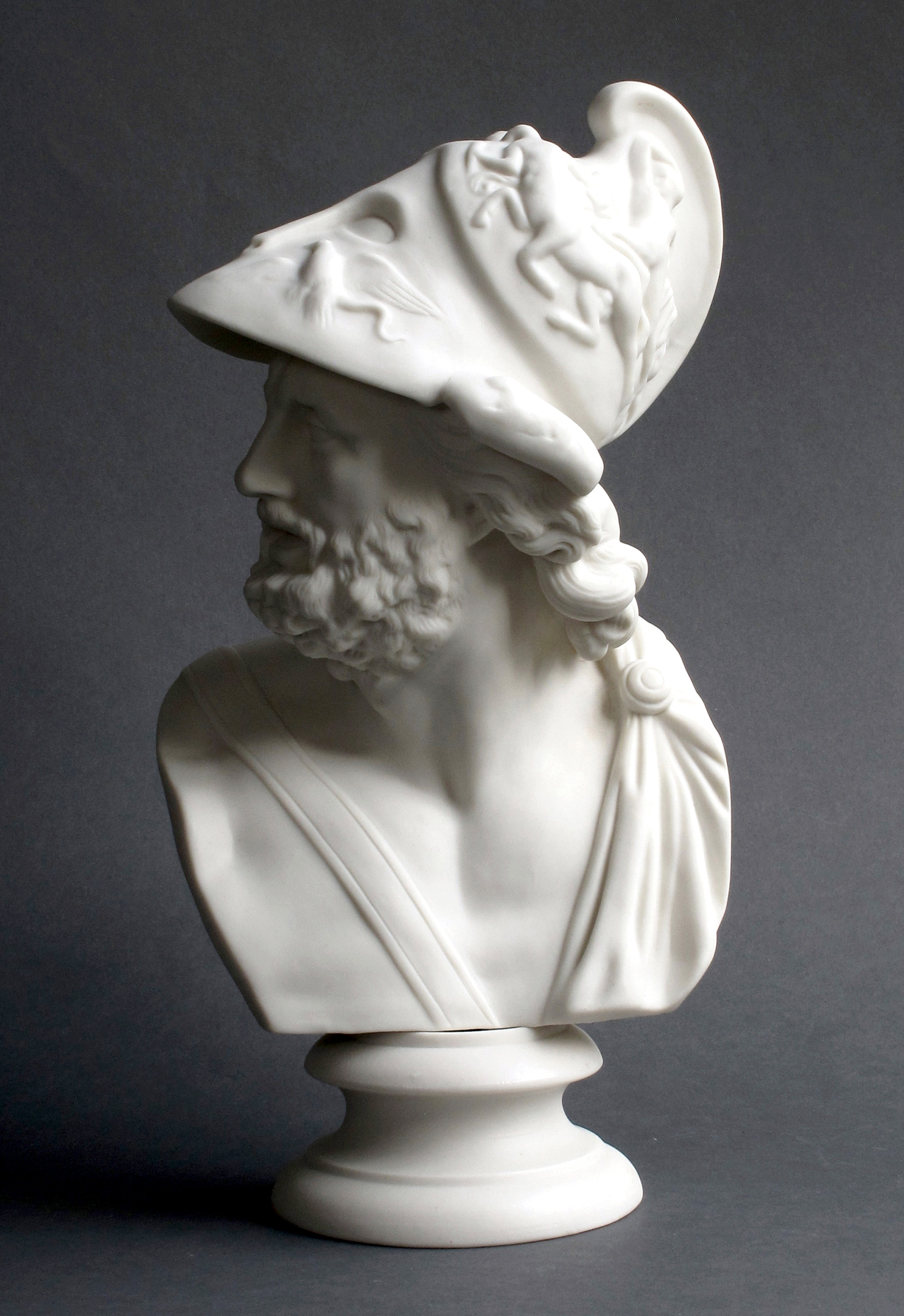 Antique dealer Drove House Antiques will be exhibiting a fabulous collection of Victorian Parian pieces at this regular autumn event that attracts collectors and dealers from across the south of England.

Parian is a white “statuary porcelain” that resembles marble found on the Greek island of Paros. It arrived as an art form in the 1840’s and benefited from a machine that could copy full size sculptures in miniature for a fraction of the cost of bronze. Staffordshire manufactories, notably Copeland and Garrett and Minton, produced dozens of Parian copies of the popular work of leading contemporary sculptors. Parian ware was shown at the Great Exhibition of 1851 and proved a revelation in a sea of over-decorated porcelain from across Europe.

Parian figures and busts were ideally suited to high Victorian tastes. They were generally larger than earlier porcelain figures, measuring between 12 and 18 inches in height. Few were exact copies, as leading sculptors of the day were commissioned to produce idealised versions more suited to the tastes of Victorian society. Noted society figures were always popular, together with busts of Gods and figures from antiquity.

Drove House Antiques will be showing a number of pieces including an attractive Copeland figure of the nymph Sabrina, seated on a rock in a stream with fish swimming among water plants and a shell at her feet.  Sculpted by W. Calder Marshall, dating from 1850 and 30cm tall, this figure was displayed on the Copeland stand at the Great Exhibition of 1851. Sabrina is a character in John Milton’s poem Comus and inside the base is a quote from the poem. It is priced at £375.00.

Also impressive will be a bust of Ajax dating from 1850-80, 31.5cm tall, probably from the Worcester factory and priced at £395.00. Ajax was a mythological Greek hero, noted for his strength and courage, the son of of King Telamon and Periboea, and is an important figure in Homer’s Iliad.

Among the historic figures will be the figure of William Shakespeare, a reduced copy of the marble statue sculpted by Scheemakers, after a design by William Kent, which was erected in 1740 as Shakespeare’s Memorial in Poets’ Corner in Westminster Abbey. At 34.5cm tall, it is priced at £395.00